Bedridden Listener Spent His Days with Rush for 29 Years

CALLER: Yes, sir. Thanks for taking my call.

CALLER: I’m enjoy listening to you all. I’ve been listening for over 29 years. I became mostly bedridden in ’92. 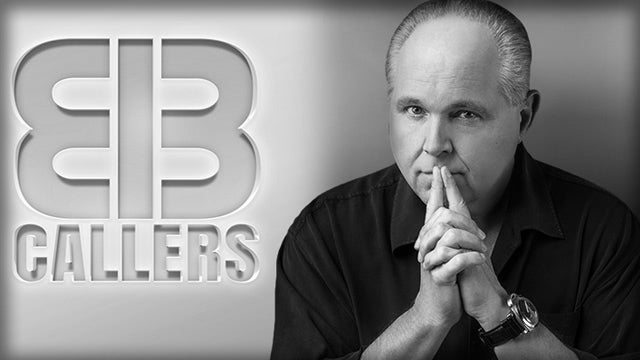 CALLER: I started listening to Rush, and I watched him on TV, and that was the first time I’d seen him. I called my grandmother up the next day, and I said, “This man, it doesn’t matter if you’re a Republican or Democrat, he’s telling the truth about you.” It was the one where they were taking big checks and going in and buying a roll of stamps from the post office across the street, and getting the change and putting it in their pocket — the big, big wads of money. He was telling them about that, and I told my grandmother about that. She said, “Yeaah, and he’s on the radio every day,” and she had been listening to him all along. I didn’t even know.

CALLER: (laughing) That’s something else, man. But, you know, I tell you what, to lay there and know what “Pinocchio” and Obama were doing to our country —

CALLER: — and still tuning in to listen to Rush every day, that helped me out so much. You just don’t know.

BRETT: Well, I know that he would be so proud and so happy to know that he is connected with you for 29 years. For 29 years, you were out there in the audience, and you are proving it by talking about the congressional bank that they used to run with the stamps and the scams.

BRETT: Bless you. All the best. That’s Ron in Alabama, 29 years spent listening to the Rush Limbaugh Show. You keep listening, Ron. We’re gonna keep doing this for a very, very long time.