Why the Democrats Want to End the Filibuster

JASON: This is really crucial vis-a-vis this debate over the filibuster, the Electoral College, H.R. 1, and all the rest. What we’re seeing is the transformation of the country from a constitutional republic to a mob.

Let me tell you, the word “democracy” is nowhere to be found in the Declaration of Independence nor in the Constitution because we are not a democracy. If that were the case, we’d just hold up our finger. We don’t even need representation. Everybody votes on every issue, and if you get 50.1%, you win and you can do whatever you want to the other 49.9%.

That is not a filtered majority that is a republic. I want to continue with that next hour and Rush has got something to say on that as well. I mean, it’s really crucial because that’s what the left is trying to do, turn this into a country we would not recognize once again, and it’s really true because… Well, Rush talked about the military a second ago and how important these troops are, and he’s absolutely right.

I mean, what was the old joke on the old Bob Newhart show? “I’m not a veteran, but I sat through A Bridge Too Far.” That counts. Although it was a better movie than people gave it credit for. That was the old 1977 movie about the failed mission in World War II with Sean Connery and Gene Hackman and all the great stars, and it was actually a pretty good movie, but the joke was it was horrible and it was long.

The point is that these people put their lives at risk for a reason. They go to Afghanistan for a reason. They think they’re serving freedom. Patriotism is not just a sole devotion to a country or a state. If that were the case, there’s a billion patriots out there. American exceptionalism means patriotism is a devotion to an ideal, and the ideal is freedom, that we get our rights from God, and we decree certain powers to the government.

They don’t have rights. And that’s the ideal behind a constitutional republic, that power must be limited because no man has the power to rule over another man (gender inclusive, of course), and that’s what’s lost in the Democratic drive for socialism, reforming everything into a mob. This is what Indivisible was about when they were raiding town halls like mine.

This is what BLM and Antifa are about. This is all about turning this country into mob rule. This is what the cancel culture is about, so that you are afraid to run up against the mob, and the only way to defeat it is to commit yourself never to bow to the media mob. Never, ever, ever.

Never apologize for freedom, never apologize for your opinion, and tll these people to go take a flying leap. Ahem. That was watered down somewhat, but you get the drift. It’s 1-800-282-2882. To the calls we go. Let me go to Chris now. Let’s go to Chris in Charlottesville and then we’ll get the rest of the calls next segment. Go ahead.

CALLER: Hey, Jason. Thank you for taking my call. I’ve been a big fan of yours since the WBT days.

JASON: Many years ago. Thank you, sir. Very nice of you.

CALLER: So my question is, basically, with all this the Democrats are doing to ensure that they never lose control, what are your thoughts about the odds of actually being able to get the country back on track when it does wake up, because, like you said, H.R. 1, amnesty, suppressing free speech? My fear is that by the time we do get the silent majority to not be so silent that there are gonna be no ways to turn things around. 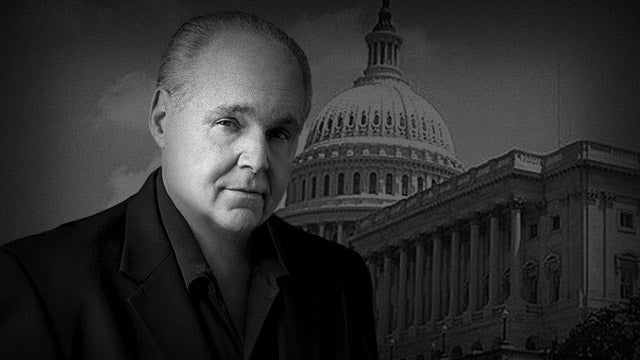 JASON: You’re quite right. This is something we warned in ’18, and my Senate campaign in 2020 where my opponent, Senator Tina Smith, said, “We’ve got to revisit the dangerous role police play in society.” The woman who now sits in Congress in Minnesota 2 where I served is now pushing The Equality Act to eradicate women’s sports for all the women she purports to represent. These people are radical Looney Tunes.

We haven’t seen a collection of misfits like this since the bar scene in Star Wars. I’m telling you: This is something we haven’t faced before. And if they pass H.R. 1, if they admit D.C. and Puerto Rico, there’s no going back, which is why they want to get rid of the filibuster. H.R. 1 would federalize elections so you couldn’t challenge an election.

This is what they aim to do.

This is what we’re up against, and the filibuster impedes that. But the filibuster is another check and balance that hallmarks a republic. A republic means we have a filtered majority, not just majority rule, a filtered majority, refined with representation and constrained by the separation of powers. That’s a republic. They want to remove all constraints on the majority of mob to trample everything that a conservative in Charlotte would adhere to. This is dangerous stuff.

CALLER: So how do we…? So, I mean, what do you think? I mean, I don’t think there is gonna be enough politicians with the intestinal fortitude to make changes. I mean, McConnell and the others, I mean, it’s like they’re looking at the abyss and either think that there’s gonna be something to break their fall or they’re just not worried ’cause no matter how the country goes, they’re gonna be taken care of.

JASON: Well, unfortunately, I think you’ve got a point. I’ll give you a perfect example. The National Defense Authorization Act, the NDAA that passes overwhelm every year because nobody wants to be considered against the troops. It’s loaded with Pentagon pork including diversity programs now, unfortunately. But the NDAA was the perfect chance to take away big taxability to censor conservative voices by putting in Section 230 repeal. And the Republicans in power today punted on it. And, quite frankly, I found that unconscionable.