“I Dread These Days”: Dems Exploit Another Shooting

JASON: You know, one of the reasons that we love to play the Rush clips and why this program’s gonna continue in this way is he was so prescient on the issues of the day. As I mentioned earlier, they don’t change. We now have the specter of Biden exploiting this tragedy in Colorado. He’s going to speak on it. Gee, I wonder what that’s gonna be about. Democrat Senator Murphy is saying if you don’t pass gun control, you’re in favor of mass shootings — words to that effect.

The representative in Boulder demanding more gun control. The House has already passed their universal background check, which means your uncle can’t bequeath to you a weapon without reporting it or registering it to the Feds. Let’s understand this: Universal background check is de facto registration. But they are gonna be all over this, and that’s why Rush had it 100% right when not that long ago he said he hates these sorts of days. Listen.

RUSH: I have been dreading this today, like I dread every such day, but I’m looking at media and I get the impression that there are some that are actually looking forward to this or having — I don’t want to say — fun with it, but I get the impression that there are a lot of people really energized by this. And that, of course, is because they think it’s going to help them mobilize their political agenda. And I’m just sick of it. 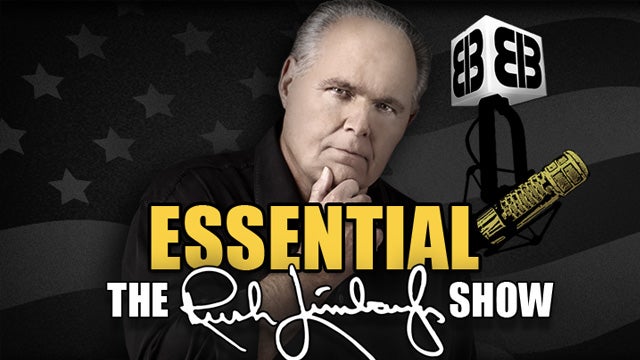 I have to tell you, I’m just sick of it. I’m sick every time one of these happens. I don’t care which. I mean, the first time of any note was, you know, 1995, Oklahoma City bombing. I wake up, Bill Clinton is blaming me. And from that point on and probably prior to that, from that point on, every time one of these things happens, what do we do? We hear the initial report and we’re just devastated. We hate it. We hate that this is happening to our country.

Then the next thing that happens is, we have to hear that we — because of what we believe, because of our religious values, our political values, that we — are responsible for it. So that begins (sigh) a cycle of people either cross-blaming or defending themselves, and it’s just a never-ending cycle that does not change. And, as such, we never even get close to the root of this. We never get close to it.

We never get close to explaining it, to understanding it. It just is a repeating cycle here that, at the end of it, there’s just ongoing heartbreak added to frustration. And I think that’s what really irritates me more than anything about this is that some people seem to look at this as a political opportunity and are using it for everything they’ve got. Then we have these massive numbers of Democrats demanding that Congress be called back to pass something? It almost reaches an hysteria.

We have a systemic cultural problem, and not a single piece of legislation will make a damn bit of difference in this. And everybody involved in it knows it. It’s just that the left will do anything — will take the opportunity, the occasion of anything — to advance their political agenda, which requires as, point number one, the constant expansion and growth of government.

After the school shooting in Florida, we had this, after a movie shooting. It’s the same cycle. It just never ends with nobody even seeming seriously interested in getting to the bottom of this. I know how you feel, folks. Look, I felt the same way you do. You hear about these shootings, and you dread the next day. You’re heartbroken that it happens.

You get fed up with the predictability of it. The Drive-By Media and the Democrat Party spent the whole weekend fundraising, criticizing, blaming. You don’t even want to have to play the game, but you have to, because you’re under assault. You get up every day minding your own business. You’ve got to defend. The Democrats… I mean, it looks like they are happy when these things happen, and that grates on me.

JASON: And it ought to grate on everybody. Rush is spot on, as usual, there. One network is reporting that President Biden will speak on this soon. Then again, that was the same network that lied about a Trump Tower meeting. So take it for what it’s worth. But if Biden does hold a real big, sort of in-person press conference over this tragedy in Colorado… 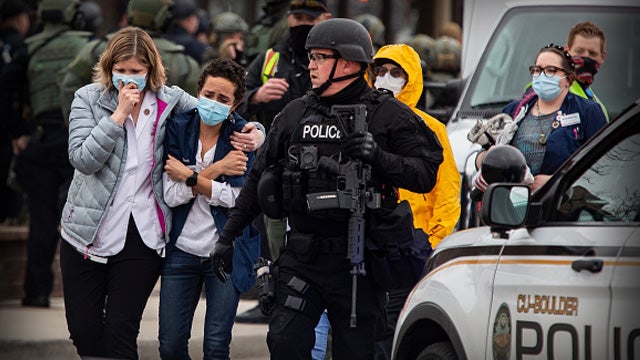 I’m just I’m trying to understand the Democrat playbook here. If he does do that but he didn’t do it after the Atlanta shooting, that can mean only one thing: He really doesn’t care about Asians. That’s exactly what a Democrat would say, doesn’t it? You politicize, you weaponize… Pardon using that word today. You weaponize every single issue for political expediency.

It wasn’t that long ago that the House passed 227-203 (with eight Republicans, but nonetheless, it was a Democrat bill) to impose background checks on private gun sales. This is the universal background checks. You gotta go through the NIC system, if you get a criminal background check when you go to a gun dealer.

But if you go to a show or your uncle sells you a gun, you don’t. And the theory behind that was always, “Look. If my dad bequeaths a gun to me, a family heirloom, do I really need to register it and go through a background check which may or may not be kept on file?

HIPAA laws. You know what HIPAA laws are? These are the laws that when somebody goes to a medical facility and says, “I think I’m gonna shoot up the neighborhood” or “the school,” they can’t tell anybody. They can’t let the community know. Now, I’m not… I’m all for medical privacy, and this is gonna be a debate where reasonable people can disagree on both sides.

But let’s have the debated. We know that happened the Gabby Giffords shooter. They had clues. Nikolas Cruz, we had clues that the person was mentally ill, but they couldn’t get the data. Especially for younger people. How about broken families? This is one thing the media will never, ever talk about.

How many, especially some of these younger troubled shooters, come from broken homes? But you know what? We’re transforming this family. Who needs mom and dad? We glorify alternative lifestyles. And, of course, gun control doesn’t work. Mexico’s got very, very gun control measures. You know that’s a safe place. (chuckles)

And why is it that every time you go into a business it says, “No handguns” or “no guns allowed,” why doesn’t that work when these shootings occur? Every business has it. We could talk about the real crux of the problem, and that is the spike in mental anguish, mental health problems, especially during a year of lockdowns. But again, that is not the right narrative, which tells me that the people crying and screaming the loudest and exploiting every tragedy really don’t care except for how it benefits them politically.