Ministry of Truth? Rush Didn’t Think It Was Too Far Away

BRETT: So remember when we were on lockdown mode, covid lockdown mode, how we were waiting and hoping and desirous of watching the economy reopen and the ability to get out there and will you have life as we would expect it in twenty-first century America? Well, there’s a funny thing that’s gone on as you look at the headlines out there. The CDC director, I believe that’s Director Walensky, is warning of an avoidable surge of covid-19 amidst relaxing precautions that are out there.

Well, Rush talked about this in July.

RUSH: No matter where you go, you can’t be confident that you have found the truth when it comes to anything related to covid-19. And I think that is also symptomatic of what’s happening to our country at large. Morality is gone, the concept of right and wrong is gone, the whole notion of morality now is something that’s up to individual choice. 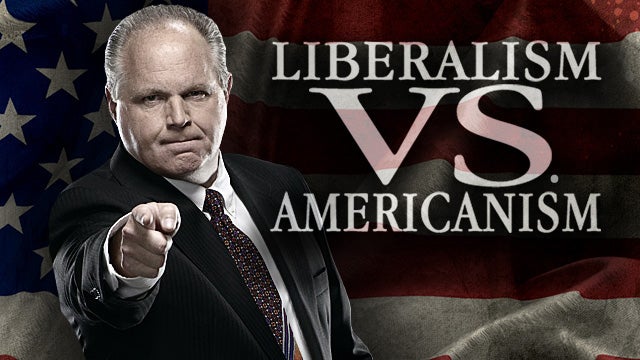 Like I have plenty of intelligence, more than I need, and that gives me all kinds of confidence to know that I’m making the right judgment when I watch a news story or read a news story. When I see something and knowing it’s BS or not, whether I trust it or not. But a lot of people haven’t had the time I’ve had to study the news and media and presentations and all of that. And so there is mass confusion out there.

Let me give you a couple of examples. I had a story about a Minnesota physician. He’s a lawmaker. He’s a doctor. He’s a Republican. He’s a state senator in Minnesota. His name is Scott Jensen, Doctor, Republican, state senator, Minnesota. He’s also now under investigation by the board of medical practices. You know why?

You know what he did? He properly identified that a bunch of people who did not die from covid-19 were listed as having died because of it. They died with it, not of it. Something else killed them, but they also had the infection, so they were written up as having died from covid-19.

He pointed out the difference. He is under investigation by the Ministry of Health.

This is how revolutions work, folks. You do not speak out against the regime. The regime will get you every time. The regime, in this case, the Democrat-controlled state of Minnesota.