BRETT: Let me start with a very, very important announcement. The Rush Limbaugh Show is continuing. We’ll be staying on top of current topics and keeping you informed while also revisiting Rush’s wisdom and words as they apply to present days news. Rush shared a lot of valuable insights with us, most of it very forward thinking, and we’ll include that when it rings true.

We’ll be doing this for a long time to come, and you are welcome to join us every day at the same time you tuned in to hear Rush’s thoughts and conversation. Rush lives on — past wisdom, today’s relevance — and he’s got some amazing analysis that we’re gonna revisit with you here today on all of today’s big events. 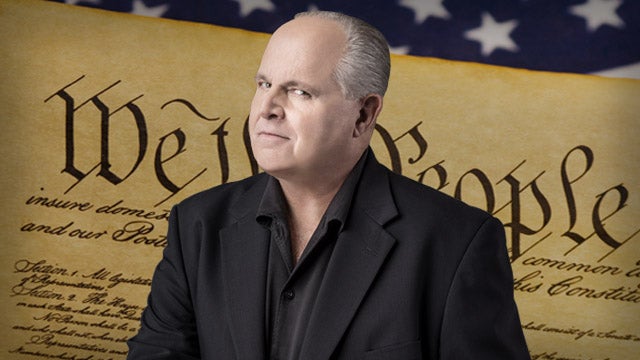 Certainly, our hearts continue to ache and go out to the very, very sad and tragic situation out of Boulder involving the King Soopers supermarket shooting that took place there just in the last 48 hours. This has become such a horribly sad story. When you have people who are innocent individuals going about the duties of their daily lives and they find themselves confronted by a very specific, very unique kind of evil, one can only imagine the terror, the shock, the pain, that community of Boulder is now feeling.

And our hearts, our prayers — and I know it’s a political sort of turn of a phrase that gets dismissed far too often. But, darn it, the country can use our prayers. The people of Boulder can use our prayers and our thoughts, and let’s hope the right, the appropriate action to ensure this does not happen again follows. But, sadly, folks, this is the second time in about a week — first in Atlanta, now in Boulder — that hearts have been broken and the community is mourning.

And we have to understand what that really means. The thing that oftentimes happens when these stories first break is you start to try to figure out what it is that happened here. What was the motivation for this? Why did this occur? We know who the suspect is. We know who the accused is in this case. He was taken into custody after being wound by the police.

I am loath to say his name, but it’s important to understand who did this. Ahmed Alawi Al Issa is the person that is responsible for what happened in Portland, and we’re starting to get a clearer picture of who this person was, who this person is. And yet the run to gun control, the one to politicking broke a land speed record yesterday and in the overnight hours.

Rush spoke extensively about this, but let’s set the table right out of the box. Politics rules the day always and forever. On CNN’s Out Front with Erin Burnett last night, she asked Senator Richard Blumenthal, Democrat from Connecticut, “Putting aside Republicans, if you don’t have Senator Manchin, are these gun control bills a non-starter?” Here’s what Richard Blumenthal said. 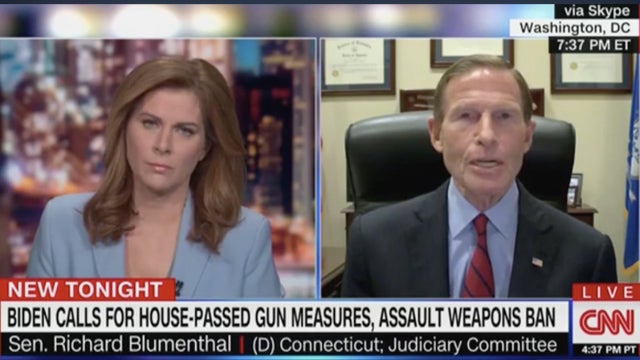 BLUMENTHAL: We shouldn’t be putting aside Republicans! They bear responsibility as well. That was the whole point of my exchange this morning with Senator Cruz because they are the ones who are ducking that responsibility and become complicit in all of these shootings.

It was the Democrats who decided they were gonna filibuster and prevent the reforms that were necessary to take place. That’s a fact. But, you know, the reality is we’ve got a stack of gun laws already on the books. Back on April 18, 2013, Rush Limbaugh on all these gun laws that we have governing the ownership, the use of firearms. Go.

RUSH: We’ve already got countless laws that keep the guns out of the hands of criminals. I’m sorry, folks, but every gun control law proposed by any Democrat is gonna do nothing but take guns away from law-abiding people. We already have countless gun laws, just like immigration laws, that are not being enforced either properly or at all.

What you need to know is we’ve already got so many gun laws. There are already so many restrictions. In fact, the states with the most restrictive gun laws have the highest crime rates with guns. New York, Washington, are two of the hardest places in the world to get a gun, and they are ravaged by gun crime.

BRETT: And let’s look at this now. Again, let me apologize for saying Portland. That was a slip of the tongue. It was Boulder — Boulder, Colorado — where this occurred obviously. I just want to restate that because I don’t want to leave that hanging out there. The fact of the matter is, if you go back to the horrible mass shooting incidents that we have seen in our nation’s history, even just in the last 20 years, there are a number of through lines that are a part of them.

Either they’re motivated by terrorism — we saw that with, of course, the shooting at Fort Hood, we saw that at the Pulse nightclub in Orlando, we saw that when it was targeting the Tree of Life, we saw the targeting of the temple up there up in Wisconsin and Southern California and a number of these instances. San Bernardino comes to mind.

Famously during the aftermath of the Sandy Hook murders that took place when it was the Obama-Biden administration there at the White House in Washington, you famously heard the exchange referred to behind closed doors between then Vice President Joe Biden and members of the NRA who were talking about the need to enforce the laws that are already on the books.

We need to enforce the laws that are on the books. It was shared with people in the post period of that meeting that Joe Biden essentially said to the folks who were gathered together there to try to solve this problem that we didn’t have time to enforce the old laws. We need new laws that are gonna stop this sort of thing. No. No.

Just stacking laws on top of laws that don’t then get enforced, it’s absurd. And so what you have are a number of connections when you look at an incident like this, and Rush said it. There are places in this country that suffer as a result of epidemics of gun violence, and they are the most heavily regulated jurisdictions.

Conversely, there are places that do have these epidemics of gun violence where you have people who are free to practice their Second Amendment rights without undo restriction. There are differences between communities. But at the end of the day and at the end of that discussion, here’s what it comes down to: Where you have a respect for life or not, whether you have a respect for your fellow man and woman or not.

There were warnings and red flags going off. He went on social media and declared he wanted to be a school shooter! This individual in Colorado was apparently, at a minimum, a young person — 21 years of age — who was beset with some sort of a paranoid nature or somebody who may be suffering from a mental illness.

His family has been talking about it. His sister said that he had been walking around the house with a, quote, “machine gun” talking about how there was a round jammed in it. This is a person — and many times when people are interacting with folks like this, they are the first people to see the signs of mental illness or an inability to properly possess a firearm.

Get these people some help before innocent lives are lost, and sadly and tragically — once again — in the beautiful state of Colorado, an amazingly beautiful place with amazingly fine people we see violence of this magnitude taking place against the innocent. It’s not about disarming law-abiding gun owners.

This is about making sure those who should never be permitted to possess based on their behaviors… Not because of who they are but because of their behaviors. They’re the ones that need to be stopped, not overwhelming majority of law-abiding American citizens.