KEN: We had this horrible shooting, this tragic shooting. This is the second one in the past month. If you’ve been following the mainstream news media and the Democrats, they’re doing everything they can to leverage it, you know, and exploit it.

There’s so much to exploit for a leftist from a shooting, and it’s heartbreaking. But you know what’s going on, and Rush has always known what’s going on on this issue. So I want you to listen to Rush’s comments here in a moment, and then you could almost plug him right in to the ridiculousness that’s taking place on the left now. Here’s Rush.

The many so-called red flags of the Dayton shooter were ignored. His police record was expunged. Did you know that? So there was no record of his past bad behavior when he went to buy a gun. Same thing with the Marjory Stoneman Douglas kid. They could not charge, could not do anything that would add to the crime stats or the prison stats.

So a lot of red flags to me with a red flag law. They’re not only gonna chip away at the Second Amendment but the Fourth and Fifth Amendments as well. You want some real dangerous irony, folks? The Democrat Party has no problem taking away civil rights and guns from people who have not committed any crimes. Yet what do they want to do so?

They want to give the vote to convicted rapists and felons, mass murderers — and, of course, illegal immigrants. But if you haven’t committed a crime, they have no problem taking away your civil rights. That’s what we’re up against. One thing you gotta realize about left-wing solutions: They’re not solutions. They are the beginnings of new problems. So if there was ever a red flag law passed, it’s not to solve anything.

It is to move the agenda forward. It’s just an incremental step in getting to where they want to go. And if you can identify somebody as mentally disturbed, whatever the classification is — like they’ve got sleep issues — you go take their gun, under the theory they may shoot up a school. And everybody will applaud you. (clapping) And then it only is gonna be expanded after that.

Any time you go down this road, you gotta be very careful how you do it. That’s why these red flag laws, I’m telling you: Democrats, this is made to order for them, ’cause you gotta look at the long-term objective. What do Democrats want? Your gun or guns. They’ve been unable to do it by attacking the Second Amendment.

But what happens if they can come up with some brilliant plan that will make you voluntarily get rid of your gun — or, worse than that, if they can come up with something that will make you support taking away somebody else’s gun on the basis that their kid is mentally ill and is showing all the signs of a mass shooter. I don’t know. We have to think about this very, very, very carefully.

KEN: It’s amazing how you can plug that in to so many sad, tragic situations. And the most recent is this Boulder shooting. Quick review. The lawyer for Ahmed Alawi Al Issa, Syrian born 21-year-old angry leftist — called paranoid, angry, and mentally ill by both family and friends and neighbors — that lawyer is now saying in the first court appearance.

This is an hour ago from the New York Times, and you know that’s “all the news that’s fit to print.” But, anyway, the lawyer is claiming — not for himself, but for Ahmed. Now, the thing about this is, when you listen to the level of anger against legal gun owners and people in the NRA — and I happen to be both — it’s disgusting. It’s disgusting.

And the exploitation of this was heartbreaking to see and to watch. You had bodies just removed or maybe still there before Joe Biden was saying ban assault rifles. You had the news media cutting out anything that might create more thought on our part because that’s what the news media does.

Their job is not to give you the facts and give you the context and let you sift through it. The news media’s job, just like social media, is to lead down a road and to convince you whatever you saw is what they think you saw. Now, what I saw was an angry Syrian-born kid in high school who was kicked off a sports team ’cause he threatened to kill people.

He was kicked out of school ’cause he punched a kid’s head in. The kid fell down on the floor in a puddle of blood, throwing up. See, maybe the news media knows this; maybe they don’t. But you know you’re going to get the facts here. So you got a guy with a troubled past. Even his own brother called him paranoid.

He always felt that people were out to get him. He wasn’t a fan of America. He hated Trump. How do I know this? Because the morning they released his name, I started doing research, ’cause that’s what people in talk radio do. People in the news media don’t do much research. They’ve got cocktail parties to go to, and they like to visit The View.

We don’t have that luxury. We have to research it. We have to get you the facts. We want to know the facts. So you’ve got a troubled immigrant to the United States who was coddled by woke progressive policies, and I can’t help but wonder — I’m still trying to get the info — when he assaulted the kid in his senior year and he was kicked out of school for a time, it was pretty violent assault.

He’s known to have a short fuse, Ahmed.

If he was 18, there’s gonna be a lot of people in trouble, because he should have been arrested, and it should have been on his word, and he would have never been able to walk into a gun store ten days ago and buy a gun. So it’s not the gun store’s fault. It’s not your fault. It’s not my fault. It’s all the people that were so politically correct, they were afraid to say, “You see that kid, Ahmed? I think he’s trouble.”

CALLER: Good morning, Ken. I just wanted to express my sincerest condolences to the entire Rush Limbaugh family and let you know that I love what you and all the fellow guest hosts along with the producers have been done with the show since Rush passed.

CALLER: The reason I called today, instead of discussing gun control laws, I would like to discuss mental illness and why the ACLU and the Democrats got rid of mental health hospitals in this country. I believe there’s enough evidence out there that we’ve known about this young man who had an illness that his family could have reported him to the hospital, or the police could have reported him to the hospital and institutionalized him until they felt he was better and no longer harm to himself or society.

KEN: I think that is a great question, Jim. And when you think about the recent shootings — and you could go back, sadly, to Columbine, which was also in Colorado — it’s horrible. But when you go back, all these were young people with flags. They had markers that were giveaways.

Now, the difference is as we get closer to the most recent shooting two days ago, my theory is exactly what happened in the Parkland shooting in Florida, which was just horrific, the Parkland school shooting. That’s when that idiot David Attention Hogg became famous, and he was, like, marching with Ellen and then whatever. But everybody exploited that.

“Oh, don’t arrest him. That will look bad on our record. We won’t be able to get him through the system then.” You know, President Obama and our new school administrators aid we want to get rid of this road from school to jail. That remember? Remember all that? We gotta change that road to success instead of just going from school to jail. 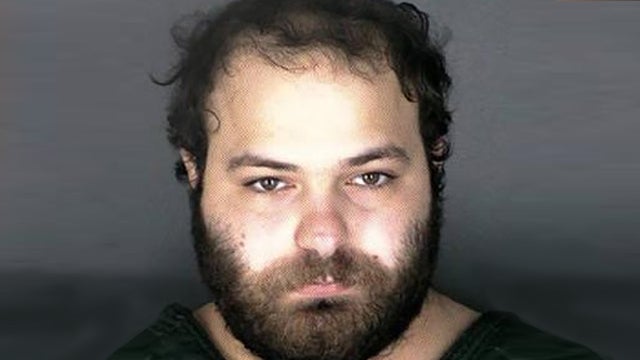 So what happened — and this is the dirty, dirty little secret of the left: People that should be flagged, should be removed, should be either disciplined or treated. Instead, they’re coddled for a lot of reasons, ’cause the administrators make way too much money — and you know who you are, and you know the useless ones.

They make way too much money, and instead of taking a problem out of the classroom, the liberal mentality is, “Let 90% of the people in there adjust to the problem,” and that way we can graduate or promote another. In this case with Ahmed, the latest shooter, the Syrian-born shooter… Think about that. Think of the pressure.

It’s so much easier just to call out some white kid in a MAGA hat and say, “I’m a little uneasy. Timmy likes capitalism!” It’s a lot easier to do that than somebody reporting what Ahmed was saying on his Facebook about how he wanted to kill people and how he pledges allegiance to ISIS and how he hated Trump and had he hated MAGA people.

And he didn’t like white people because they were Islamophobic. That’s a lot easier instead of someone saying, “You know, is that the same angry kid that punched the kid out in class and quit the team or was kicked off the team? Maybe there’s something here.” Instead of doing that, what the media did is scrub it. They scrubbed it. So they left that part of the story out and went right to, “We’re coming to get your legal guns.”