TODD: It’s phenomenal how this all fits together, Rush and his indelible wisdom and what we’re watching today. Joe Biden’s dementia caused him to say that the filibuster is a Jim Crow idea. We have audio of Biden defending it; we’ll get to that. They may try to use the destruction of the filibuster to pass what Lindsey Graham correctly calls “the biggest power grab in history,” H.R. 1, the ridiculously named For the People Bill, which is actually for the destruction of the people’s will.

This is the so-called voting rights bill. Now, Rush took the liar’s gallery of the leftist political thuggeries and people who employ that thuggery, and he displayed for all of us how they will one day scream, “Tyranny!” about the so-called nuclear option in the Senate striking down the filibuster, and the next day they’ll call it a normal course of business. All of this is about their obsession with controlling us in this case through health care. 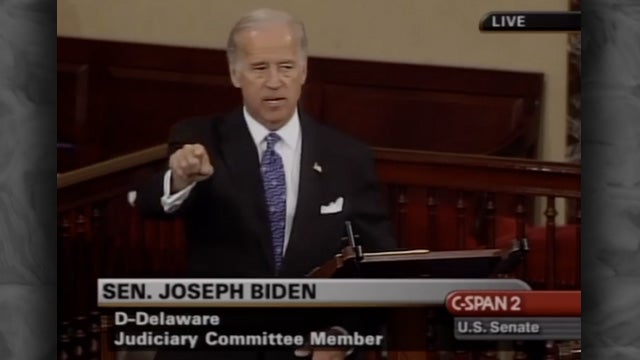 RUSH: May 24th, 2005, this is what I said about the Democrats and the then-described “nuclear option.”

RUSH ARCHIVE: The one thing we know about the Democrats is that they can be trusted to not be trusted, meaning they’re not gonna abide by any deal when they already refuse to abide by the Constitution and 214 years of history. This is another thing: Making deals with these people is like making deals with the old Soviet Union. This is nothing different than those old SALT talks. We’ll abide by it; they’ll break it.

RUSH: Yesterday he had a press conference. During the Q&A he was asked, “Is reconciliation the only way you have to get health care through Congress at this point?”

REID: My Republican friends are lamenting reconciliation. But I would recommend for them to go back and look at history. They should stop crying about reconciliation as if it’s never been done before. It’s done almost every Congress, and they’re the ones that used it more than anything else.

RUSH: Now, it is done for budget bills. It’s not done for what they’re going to do with health care. Let’s go back to April 25th, 2005 at the National Press Club. At-the-time-Senator Barack Obama spoke about changing the filibuster rule. This is when the Republicans were going to use the nuclear option to confirm some of Bush’s nominees. Here is a portion of what Obama said. He was ripping the whole process, the process he now is preparing to use to pass his own health care bill.

THEN-SENATOR OBAMA APRIL 25, 2005: A change in the Senate rules that really, uh, I think would change the character of the Senate, uh, forever. Uhhh, and what I worry about would be th-th-that you essentially still have two chambers, the House and the Senate, but you have simply majoritarian, uhhh, absolute power on either side, and that’s just not what the Founders intended.

RUSH: Oh, founders did not intend what Obama himself is now going to do!

OBAMA: Hillary Clinton, Senator, May 23rd, 2005, on the Senate floor, spoke about changing the filibuster rule. 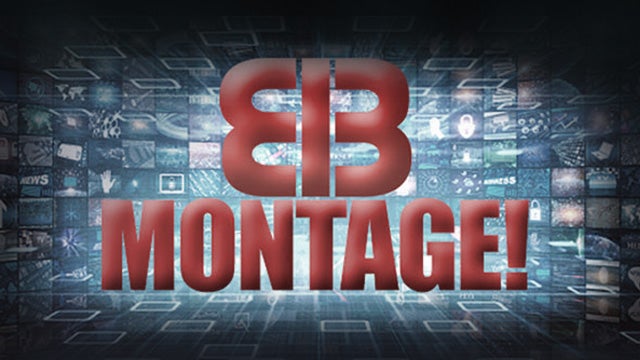 THEN-SENATOR CLINTON MAY 23, 2005: So this president has come to the majority here in the Senate and basically said ‘Change the rules! Do it the way I want it done,’ and I guess there just weren’t very many voices on the other side of the aisle that acted the way previous generations of senators have acted and said “Mr. President, we are with you, we support you, but that’s a bridge too far. We can’t go there. You have to restrain yourself, Mr. President.”

RUSH: Now, remember, the Democrats wanted at this time to us 60 votes to confirm judges. The Republicans said, “No, no, no, no. The clause doesn’t say anything about it, the Advise and Consent clause. They’ve always done a simple majority here.” Democrats said, “No, no, no! We want to get 60.” The Democrats were saying, “Fifty-one votes? Why, why, that’s a constitutional crisis!” The same thing they’re trying to do now with health care, they said was going to destroy the country. Here’s Chuck-U Schumer.

HARRY REID MAY 18, 2005: Mr. President, the right to extended debate is never more important than the one party controls Congress and the White House. In these cases, the filibuster serves as a check on power and preserves our limited government.

RUSH: Ohhhhh! Back then, remember, we were talking about “the tyranny of the majority” and how we had to “respect the rights of the minority,” because Bush and the Republicans had the House of Representatives and had the Senate, and the Democrats were blocking all these judicial confirmations. So the very thing that the Democrats are going to do for health care in the Senate, they said was going to destroy our country. Here is Dianne Feinstein on the subject.

DIANNE FEINSTEIN MAY 18, 2005: The nuclear option, if successful, will turn the Senate into a body that could have its rules broken at any time by a majority —

FEINSTEIN: — of senators unhappy with any position taken by the minority. It begins with judicial nomination, next will be executive appointments, and then legislation.

RUSH: Yep, yep, yep. She called it. (laughing) Look, it’s not big news, I know, ’cause they’re hypocrites every day of the year, but it is just funny to listen to this stuff. It’s great to have this stuff on, and here’s Joe Biden. This is even better, May 23rd, 2005.

THEN-SENATOR JOE BIDEN MAY 23, 2005: This nuclear option is ultimately an example of the arrogance of power. It is a fundamental power grab. 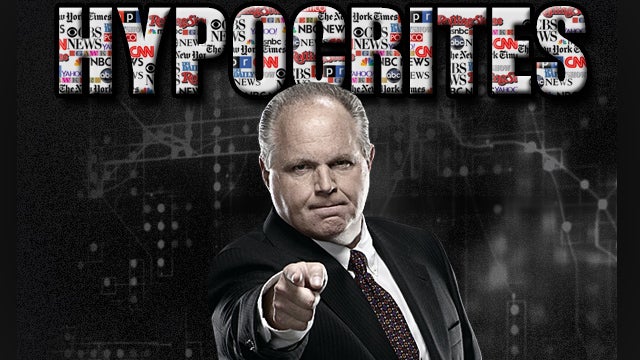 SENATOR HARRY REID MAY 18, 2005: No, we are not going to follow the Senate rules. No! Because of the arrogance of power of this Republican administration.

RUSH: Even Chris Dodd, “Friend of Angelo,” VIP, getting real-favorable mortgage rates out there from Countrywide spoke about changing the filibuster rule.

SENATOR CHRIS DODD MAY 18, 2005: (shouting) Why have two chambers? What were the framers thinking about 218 years ago? They understood, Mr. President, that there is a tyranny of the majority.

RUSH: (laughing) Is this not great? (laughing) We’re ramming it down their collective little Democrat throats. Dianne Feinstein.

SENATOR DIANNE FEINSTEIN MAY 18, 2005: If the Republican leadership insists on forcing the nuclear option, the Senate becomes, ipso facto, the House of Representatives where the majority rules supreme and the party in power can dominate and control the agenda with absolute power.

RUSH: Yeah, exactly like is happening now. Of course, back then they called it “the nuclear option;” today they call it “reconciliation.” Here’s Hillary again.

THEN-SENATOR HILLARY CLINTON MAY 23, 2005: You’ve got majority rule and then you have the Senate over here where people can slow things down where they can debate, where they have something called “the filibuster.” Eh, you know it seems like it’s a little less than efficient. Well that’s right. It is. And deliberately designed to be so.

RUSH: And here’s old Joe. (laughing) Nobody’s messing with Joe. Listen to this.

THEN-SENATOR JOE BIDEN MAY 23, 2005: I say to my friends on the Republican side: You may own the field right now, but you won’t own it forever, and I pray [to] God when the Democrats take back control, we don’t make the kind of naked power grab you are doing.

SENATOR CHUCK SCHUMER MAY 23, 2005: (screaming) They want their way (banging podium) every single time! And they will change the rules, break the rules, misread the Constitution, so that they will get their way.

THEN-SENATOR HILLARY CLINTON MAY 23, 2005: The Senate is being asked to turn itself inside out — to ignore the precedent, to ignore the way our system has worked, the delicate balance that we have obtained that has kept this constitutional system going — for immediate gratification of the present president.

RUSH: (chuckles) What the hell is happening now? The immediate gratification of the present president. A freaking monument and all these Democrats are being asked to die on the sword in order for Obama to get that monument, and they’re going to break the Senate rules in the process, constitutional crisis, a bomb. Here is Max Baucus.

SENATOR MAX BAUCUS MAY 19, 2005: This is the way (dramatic pause) democracy ends. Not with a bomb but with a gavel.

RUSH: Oh, wow! Democracy was going to end if they did the nuclear option in 2005! They were going to go to 51 votes to confirm judges! (gasping and gagging) Last but not least, ‘Sheets’ Byrd comparing this to the crucifixion of Jesus Christ.

SENATOR ROBERT BYRD APRIL 1, 2005: For the temporary gain of a handful of out-of-the-mainstream judges, some in the Senate are ready to callously incinerate each senator’s — Each senator! Every senator’s! — right of extended debate. That is what the nuclear option seeks to do. Minorities have an illustrious past, full of suffering, torture, smear, and even death. Jesus Christ was killed by a majority. Columbus was smeared. Christians have been tortured.

RUSH: And, of course, the Klan has not been very nice to blacks.

TODD: As Sheets Byrd would know. (laughs) Thank you, Maha. That was 2011, when Rush referenced 2005. History made current today.