Give Nothing! Rush Describes How We Must Fight Democrats on Gun Control

TODD: I consider cars and motorcycles freedom machines, and I don’t think that’s an overstatement. There is a battle forthcoming that may be the defining battle that we have to fight to maintain our personal autonomy, and they’re pretending it’s being floated, but I will tell you: The decision has been made.

When we talk about being truth-tellers, it’s easy to get depressed. It is. I want to give you just one request, one example. Don’t give in to that. Go to RushLimbaugh.com, which is still incredibly alive and well. You’ll have links from myself and the other guide hosts on EIB. For instance, the story I just shared about foster kids, American foster kids being tossed from a home to make room for illegal immigrant children is something you can merchandise to your friends. 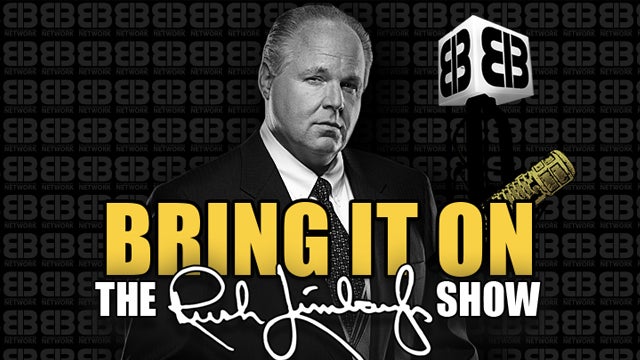 They must be woken from their slumber.

Likewise, the Biden’s dementia by way of Obama’s teleprompter is announcing that they intend to pursue gun control but for real this time, for real this time. In announcing that, we also have to be the truth tellers. And that is that we need to be able to be the people who say, “We’re not giving up our guns. Sorry. We’re not.” Rush explained the tactic the left uses to fool Republicans, debates over the freedoms of self-defense. We’ve got to do something.

RUSH: Now, I’ll tell you this about this whole gun control business. This overwhelming urge to do something. “We’ve gotta do something!” There isn’t anything legislation can do that’s going to prevent these shootings from happening. We can go through the list of things that is at the root of this, and there are many of them leading to our cultural divide.

There’s nothing the left wants when it comes to guns that’s gonna be good for us. Even this red flag business. If you give them the opportunity by virtue of a new law to take away somebody’s gun, then that’s just the beginning. That’s all they want. Give ’em a red flag law where they can go identify some nutcase and take his gun away from him and they are gonna be throwing a party that night.

Because they know that next year, they can ask for more people’s guns to be given up and then after that more people’s guns — and before long, they’re gonna have every gun from every law-abiding citizen taken away from ’em. That’s what they want. Do not give the Democrats a thing on this. There’s nothing to be gained by giving the Democrats a thing on anything to do with gun control or guns, period, because of what we know their ultimate objective is. Their ultimate objective is to erase the Second Amendment, and there’s no compromise with that. None. Zip, zero, nada.

This overwhelming need to do something. And I understand it, folks, I really do. These are tragedies that happen, and they think there’s gotta be a way to stop this, there’s gotta be a way to prevent this. And somebody in power needs to do something. So what happens? Politicians hear this, and they come up with something to do that will not make one iota’s worth of difference. But they’ll be able to say they did something. And then everybody will be happy. “Okay. We’ve done something.” When not a thing will have been done about it because we’re not even serious about finding out why. 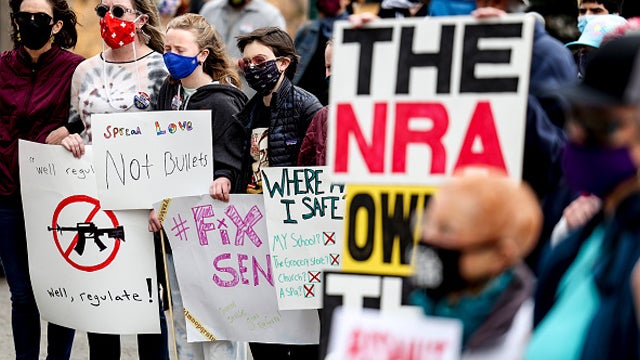 One of these events happens, and immediately, because of the demands of the left, we have to get drawn into a subject of guns. And when you say something sensible, something that is irrefutable, “Guns don’t kill people. People do,” they mock you and laugh at you and claim that you’re not serious, that you’re just uttering a cliche. It’s kind of like, “Abstinence works every time it’s tried” when it comes to preventing pregnancy. It hasn’t failed yet. Abstinence works every time. If you don’t want to get pregnant, don’t do it. But to say that is simplistic, and it’s not realistic, and it’s cliche.

Now, the left has a specific objective when you start talking about doing things. We’ve got background checks out the wazoo. the Drive-By Media doesn’t seem to know that we already have very stringent universal background checks for guns.

And I can give you even greater examples. The kid that shot up the school in Parkland, Florida, the Marjory Stoneman Douglas school, this kid was identified however many number of times as a potential threat. If we’d had a Red Flag law they could have gotten the guy off the street, but we already had something like Red Flag laws. We had ways to apprehend the kid and put him behind bars. There were laws on the books. He was identified a bunch of times before he actually stormed into the school. When he finally did it, it was not a surprise to anybody.

We’ve already got the mechanisms in place to do a lot more than we’re doing. We just can’t do them because of political correctness or other government policies. We’ve got background checks out the wazoo. Now when you hear these Drive-By Media people on TV talking about the need for increased background checks, let me tell you what they really want, folks. They want just one thing. It could be the tiniest thing in the world.

When they talk about background checks, what they really want is some way to go get somebody’s gun who already has one.

TODD: And think of this — what Rush said — a comparison, “Do something!” That event in the high school in Florida, that was foreseeable. Some 40 times the police went to that young man’s house. Now, I happen to think that young man was pleading for help. “Someone put a limit on me. I’m dying over here,” and he went and murdered people.

So I certainly don’t absolve him of that. He needs to be in prison for the rest of his life, if not more. But every weekend in our cities, increasingly in cities, there are shootings. We know roughly who’s going to shoot whom. Maybe not the people, but the teams, the gangs. We know roughly the turf over which they’re fighting.

We know that in cities like Portland and San Francisco and Los Angeles and Seattle the cartels have set up shop. We know that there are arguing and fighting, in fact, over drug turf. That’s foreseeable in these liberal cities time and again. Gangsters who are caught with weapons they’re not to have because they’re felons are let go.

The comparison between what the Democrats are doing where there’s known violence — where it’s going to occur — versus what they’re trying to do where there’s no violence coming, that is the guns in your safe at home. This is something else that we need to do as truth-tellers. We need to tell our friends, our liberal friends — if this is your position, we need to tell them — “We’re not going to turn our guns in.”

I’ll tell you something: 92% of American gun owners simply are not.