Rush Told Us What Bezos Would Do with the Washington Post

TODD: It’s Todd Herman, your guide host this week on the EIB Network, and broadcast engineer Mike Maimone asked me during a break, “Hey, are you against these vaccines or all of them?” I am a fully vaccinated unit, and I’ve been pro-vaccine my whole life. The reason I will not inject myself with the mRNA injections for the covid flu is I’ve never seen such a series of lies in my entire life as related to the response to the covid. 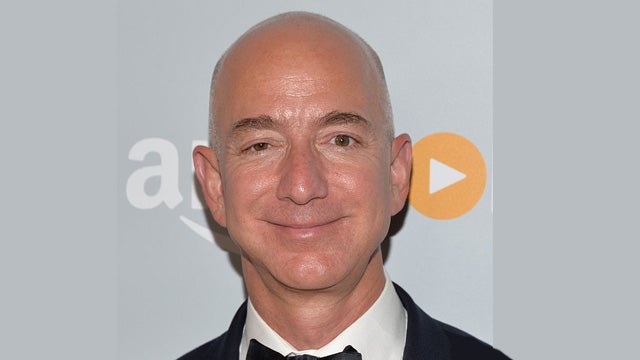 I’ve talked to too many doctors and epidemiologists who said there was a radical and complete, utter departure from scientific rigor. There is a changing of words: “cases” used to mean people are sick. That no longer meant that. Lockdowns have been known to be worthless for over a hundred years. We’ll get into this more ’cause we’ll talk a lot about masks tomorrow.

They’re also the ones who issued the diktat. First, it was “illegal immigrant,” not “illegal alien,” and then it was “undocumented worker.” We don’t know that people are working or not. That’s how mockingbird works from the AP. Our friend of the program who’s been with Rush a long time, Dean Karayanis, known as Koko Junior, has a brilliant piece in the Washington Times. 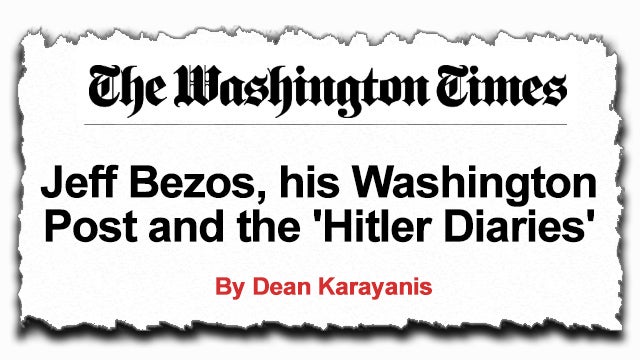 “Fifty years ago, the Washington Post broke the Watergate Scandal. Now the same paper that gave journalism a finest hour has contributed one of its foulest, falsely reporting that President Trump ordered Georgia’s lead elections investigator to ‘find the fraud’ and promising she’d be a ‘national hero’ if she did,” and he goes on to say two months later, they admitted that.

Then he closes the deal (the piece is much longer; it’s linked at RushLimbaugh.com): “Compare the Post’s handling of this scandal to the way it confronted Janet Cooke. In 1981, she won a Pulitzer Prize for a story about an 8-year-old heroin addict who didn’t exist. When exposed, none other than Bob Woodward, assistant managing editor, admitted ‘questions had been raised’ in the newsroom ‘about the story not sounding right,'” and boom! “Ms. Cooke was out.”

So Dean is calling for Jeff Bezos to make a similar statement about his Washington Post and this fabricated story. When Bezos bought the Washington Post, Rush predicted he would go after Trump.

I remember the Washington Post staff, when it was announced that Jeff Bezos of Amazon had bought the paper, they were panicked. “He’s not a journalist! He has no journalism background. The guy’s a filthy capitalist retailer happens to be a big leftist!” And they were worried because, as an outsider, Bezos doesn’t know what he’s doing.

Bezos doesn’t know journalism. He’s an outsider. So here’s Bezos owning the Washington Post, which gives him total control (if he wants to exercise it) of the editorial content of the paper. That’s better than any lobbying firm he could have ever bought into or hired. And with the threat here that Trump might pursue him on antitrust, I think there’s a whole dynamic here going on that may be a little bit beneath the surface.

This was on Hannity on the Fox News Channel. This is the Post-and-Bezos thing that I was telling you about. Hannity says, “The Washington Post announced that they have put twenty people to dig into every single phase of your life. Are you prepared for what’s coming? It’s not ‘if’ it’s coming, but ‘when’ it’s coming,” and are you ready for it, Mr. Trump?

THE PRESIDENT: Every hour we’re getting calls from reporters from the Washington Post asking ridiculous questions. And I will tell you, this is owned as a toy by Jeff Bezos, who controls Amazon. Amazon is getting away with murder tax-wise. He’s using the Washington Post for power so that the politicians in Washington don’t tax Amazon like they should be taxed. I would go after him for antitrust, because he’s got a huge antitrust problem because he’s controlling so much. Amazon is controlling so much of what they’re doing. 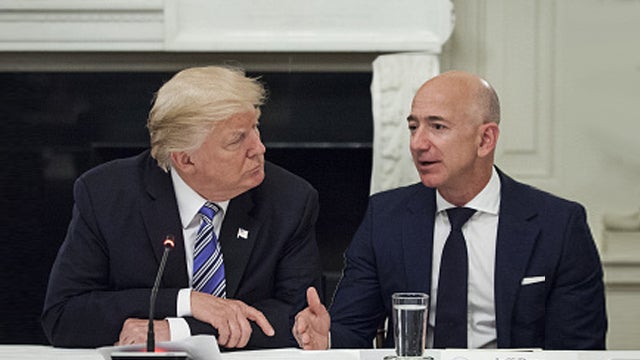 RUSH: So you see, you cannot remove the Bezos versus Trump subplot from this. ‘Cause Bezos could be sitting there saying, “This fool challenges me? This fool threatens my antitrust status? I’m gonna show him who’s who.” He goes out and buys the Post, and here we are.

TODD: And it was after the votes were supposedly counted that Jeff Bezos’ Washington Post ran those lies about President Trump and those phone calls.