RUSH: There are very few times, ladies and gentlemen, where I think — and have thought, in the 20-plus years I’ve hosted this program — that I’m wasting my time. But I’m on the brink of thinking, “If I’ve got to explain sugar to people, I’m wasting my time,” and then I realized, “No, you’re not wasting your time,’ and that’s even more depressing. I found a piece here by a blogger named Laurie Beebe at EzineArticles.com, Ezine Articles.

At any rate… “When did sugar start getting such a bad rap? Unlike many herbs and supplements which are touted for being ‘safe and healthy because they are natural’, people forget that sugar comes from the sugar cane plant, or from sugar beets…’ Sugar is as natural as your favorite herb. ‘In a survey where people were asked ‘How many calories are in a teaspoon of sugar?’ the answers went as high as 200 calories or more.” Do you know how many calories are in a teaspoon of sugar? (drumming fingers) Sixteen. (snorts) How the hell did you know this, Snerdley? You knew it? Rachel knew it.

There are sixteen calories in a teaspoon of sugar. “So how did it get a reputation for being fattening, causing diabetes, and contributing to the obesity epidemic? A glass of orange juice,” which is loaded with sugar! Orange juice from the tree, loaded with sugar. Drink that, and you’ll nullify it if you happen to take too much insulin. Look, I’m not a doctor on this stuff. I just know that anything is getting a bad rap. But the reason we’re talking about this is because the United States Senate is going to start taxing drinks that have sugar in it, and this is nothing more than the left’s attempt to establish guilty behavior. 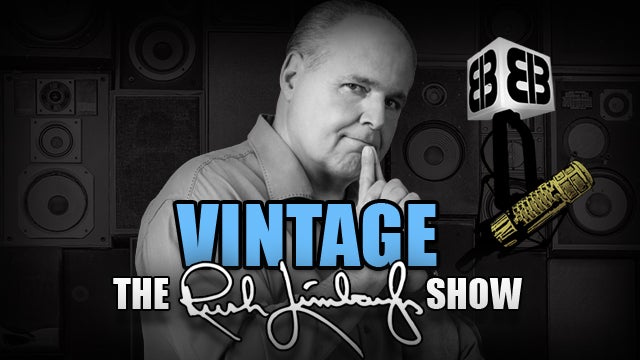 The reason they’re going to tax sugar, they tell you, is because they want to improve your lifestyle. They want you to stop eating it so you get healthier. That’s not why! It’s because sugar is in everything. And once you start taxing Coke and Gatorade and Pepsi and 7-Up and Sprite and all these other things, then you can start taxing doughnuts and everything else that’s got sugar in it. It’s just an excuse to tax people. Take the sugar out of it and they’re coming at it the same way they come at everybody — I’ve been watching some idiot on television just now during the break,

“Yes, we must raise this tax on sugar so that we make people healthier and lower our health care costs.” Well, of course, who doesn’t want lower costs on everything and who doesn’t want healthier people? Okay, fine, so we’ll just raise taxes. It’s just increases in taxes, and they’re going to find ways to increase them left and right no matter where you go and what you do. And they’re going to justify it at every turn on making it better for you, you don’t even know what’s good enough for yourself, but these people care about you, and they’re going to make it better for you to live in America. These people are trying to take away as much liberty and freedom as they possibly can to control as much of your life as possible.

TODD: And how they graduated. Now you have cities — I kid you not — where they’re going to demand… They’re already doing it. They’ll demand that the taxpayers take in the money you pay for drinking a soda pop, and they use it to distribute free heroin. I am not joking. This program is information. Let’s use it as power and tell your friends, “Are you okay paying taxes so people can take heroin?” Right?