TODD: I understand when we talk about the world and our country being made purposely chaotic, it’s easy to take that and get very depressed. It’s easy. Trust me, it’s easy for me to struggle with that. I want us — I ask you — to find solace in the fact that we know what’s going on in that regard, that we ground ourselves in facts. We can secure our border; it’s been done. It is moral and right to have laws equally applied for everybody.

It is compassionate to keep the world’s lifeboat — the United States — afloat. It is stupidity to cook the goose that lays the golden egg, to employ a cliche. These are all unquestionable facts, and part of the design of what’s going on is the left is pushing so hard to have us not know where to concentrate. So let’s just concentrate on principles such as those things that we know to be true.

We can teach those to our children. We still have that. Let’s just take this other piece of news. Let’s consume it, and let’s figure out how to respond to it. The Daily Caller News Foundation has been tracking a Hong Kong-based think tank that’s called the China-U.S. Exchange Foundation, and what they’re doing is very clever. It’s part of the long march.

They’re reaching out to Historically Black Colleges and the Congressional Black Caucus, or the congressional caucus of black leftists/communists. No conservatives allowed. And the outreach is no doubt to imbue them with the belief that America is rotten to the core, racist to the core as, you know, baked into the apple pie of America is racism. The lies of the 1619 Project are being pushed through.

Clearly their goal is to push this down into the minds of the young skulls of mush in big universities. We know they’re doing this. We can respond to this. We can show our children and our friends, the Uyghurs. You know, you can buy Uyghur hair online, no doubt from the prison camps, the hair of Uyghur women. They probably didn’t want to give it up on their own. So we can point to that.

We can point to the human rights abuses. We can point our children towards, “Here’s what this Communist Party does,” and there’s groups that are a dime a dozen like this, according to the Daily Caller News Foundation, there’s an organization called Wilson Global Communications. These are dime a dozen in D.C. They’re helping to peddle these relationships apparently on behalf of the Chinese Communist Party.

Knowing these things is potential power. Planning to respond to them is potential power. Response is what we need. Now, let me ask you this question. When you hear the phrase “ChiComs,” of whom do you think? I think of Rush and how passionate he was to see the people of China one day out from under the boot of the Chinese Communist Party and how much he wanted us to know the CCP is different from the true vision of America in every possible way.

And most people throughout the history of the world have lived under one form of tyranny or bondage or another. They really have. I mean, you don’t stop to think about it. But from the beginning of time (whenever that was), human beings walking the earth — the vast majority of human beings — have lived lives that you and I would consider miserable.

There were no creature comforts. Their lives were constantly hard labor — hard labor simply to survive, hard labor to simply find a way to shelter themselves from the elements. There was no HVAC, for example. We didn’t have air-conditioning until the mid-1900s. We didn’t have central heat until not much sooner than that. The vast majority of people on this planet have lived lives that you and I would consider really, really hard and really, really miserable.

I’ll tell you, I go through bouts of… It’s not very often, but every time I change the temperature in my room, I feel a little guilt. I give thanks for the time I was born. My grandfather was born in 1891. When he was born, electricity wasn’t… I mean, it was still a dream. It was just starting. There were no airplanes. There were no mass-produced automobiles.

It was still horse and buggy. No telephones. Photography was just oozing into the black-and-white stage. The first black-and-white photos, there are some of the Civil War era and Lincoln. But, you know, prior to that, I mean, it was… But those people didn’t know any different. So to them, it wasn’t suffering. To them, it was making the most of what they had.

They adapted. Every generation does. This is why every older generation worries that the younger upcoming generation’s a bunch of softy wusses, because they don’t think life has been hard enough for ’em compared to their parents. It’s something that’s a common generational fear. But I’m off track a little bit.

My point to you is that if the Chinese could damage Donald Trump forever to their advantage, they’d do it. Ditto the Russians. Fidel Castro was routinely trying to join efforts to damage the United States, even though his efforts were puerile compared to superpowers. Now, we would love for our way of life to spread because it is adopted in a democratic fashion by votes of the people.

Most people don’t really get to vote on their lives. There are a lot of nations that have votes, but there may be only one candidate ever on the ballot. Sometimes there’s not even an election. Sometimes it’s a total sham. The people of China have no liberty or freedom. They live in perpetual fear of their government and they always have, and so has anybody who still lived under communism.

So to say, “Would they do anything they could to damage Trump?” Yeah. The generic answer is, yeah, by definition. We represent a threat. They do want total dominion over the world. They do want autocratic control of the world, and they want to be the world government. The Chinese do. They don’t want any globalism. They don’t want to share. 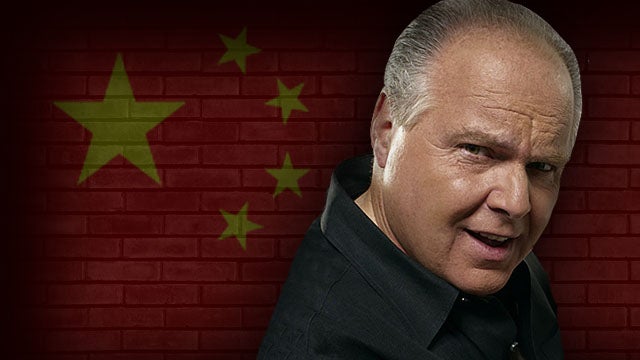 They will use whatever they have in order to gain what they want. They will promise, and they will lie, and they will be deceitful. But they have no desire to do anything other than spread their dominance as far as they can. That’s why we are an enemy. They try to spread their dominance to an ally of ours; we’ll stop them — theoretically. But we do not conquer like they do.

We do not target areas of the world and send the army to conquer and then claim, “That’s the 52nd state.” Hawaii is a state because the people of Hawaii voted for it. They wanted to become a state. Same thing with Alaska. So there isn’t any comparison, and attempts to draw comparisons between a communist country and the United States is offensive as it can be to me, because we have nothing in common — starting with they have no liberty and they have no freedom, their people, whatsoever.

The people that live in communist China live in perpetual fear of the state. By design! This is how the state wants it. It’s how they guarantee conformity. We, theoretically, do not do this, but there are factions in America who wish we did. There are factions in America who salivate over that kind of autocratic power, and you’ll not find any of those people in the Republican Party.

TODD: This week throughout the show, Rush’s program, you’re going to hear Rush address the precursor to the vaccine passports. And he was alert to this. Information is potential power. For decades, this program has provided us this. Now we know. We’ll stay grounded in facts. We’ll take actions together to speak to our school boards, our students, our young people, our churches, our communities about what’s actually going on.