TODD: There’s always new people joining Rush’s program. In fact, this week we had a call from a young woman who joined Rush’s program in the last, like, 90 days. It’s always happening. One thing that I would like us veterans, longtime students of Rush’s to recognize is we’re talking today about potential power. We have a chance to save our country because of the potential power of the decades of information that we’re sharing today.

For instance, just that last segment: What about the Baker report? Coming up, how was it that Rush was able to forsee what the technocrats would do with their response to the covid flu? We ourselves have a second chance. If we didn’t use the information but just consumed it, at RushLimbaugh.com we have a chance to use the information.

Also to bring people in by sharing things like this. (laughing) If you’re a longtime fan of Rush, you will remember this — and if you’re new to Rush, you’re gonna love this. Listen as America’s Anchorman recounts the night he encountered Bill Clinton, Slick Willie himself, in a New York eatery.

RUSH: We’re engrossed in conversation. It was very noisy in there, and I was having difficulty hearing. I was not looking around the restaurant. I was as close to this woman as I could get to hear her because of the racket. I got in there at about seven, and I’m guessing at eight or 8:30, I’m looking at this woman, talking to her. She’s looking at me, not aware of anything else going on in the restaurant, and all of a sudden, I become aware of a looming presence at the table. I’m seated at a booth, a half-moon kind of booth, and I’m facing the entrance to the restaurant, toward the back. 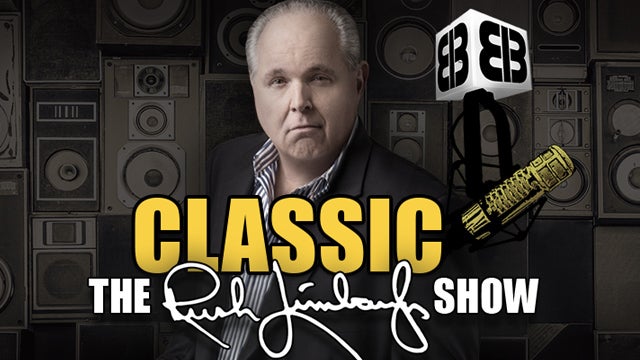 This looming presence, I look up, and, golly, if it isn’t former President Bill Clinton.

He’s got a big smile on his face, and I look up, and I imagine I was somewhat startled. I looked up, and I couldn’t hear what he was saying because of the noise in there. So I’m turning my head, my left ear to him so I could hear a little bit more, and he said (impression), “You’re looking great. You’re tan, fit, you look very good out there.” I reached out my hand, “Mr. President, it’s a pleasure to meet you.” We shook hands and so forth, and he hung around for I guess two or three minutes, maybe five. I lost track of time. Then he and his party went and sat at a table behind me and to the left.

The woman I’m with is sitting there saying, “Whoa! Does this happen to you all the time?”

So about ten minutes later I become aware again of another looming presence at my table, and I look up, and it’s former President Bill Clinton — the second time he has stopped at my table. The first time he stopped while walking in. The second time he actually left his table, came to my table, and he’s got another guy standing with him, and the guy looks familiar, but I can’t place him.

And I can’t hear the introduction. So I’m shaking hands and so forth, and this man is going on and on and on about how excited he is to meet me. He wanted to meet me, and the former president brought him over. When the former president told him I was there, he said, “I have to meet Mr. Limbaugh.” It turns out it was the mayor of Los Angeles, Antonio Villaraigosa, and so we chatted for a while, and while I’m chatting… 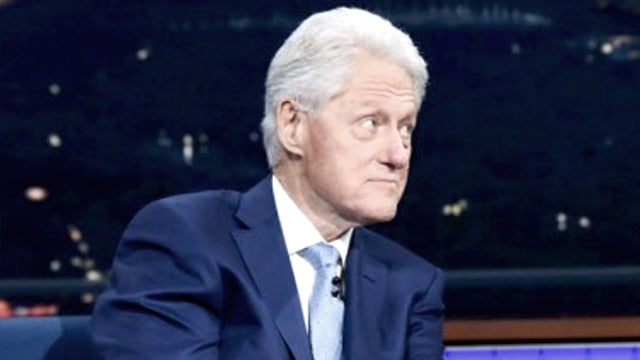 I had to turn my head to my left, away from the action behind me, to hear what the mayor was saying. At some point during the conversation with the mayor, I looked to my left, and the former president was intently chatting up the woman that I was sitting with. He had leaned down, and his elbows and arms were on the railing of the booth, and they were in intense conversation.

I chatted up Mayor Villaraigosa some more, and then he left and they both went back to the president’s table and then, they left. They left, I guess, about five minutes before I ended up leaving. I guess it was ten minutes, as I say, or so after that, I left. As I get to the front door, there is a photographer out there in the street and the flash is going crazy, taking pictures, and I said, “Whoa! Why didn’t I think of this? I knew this was going to happen.” 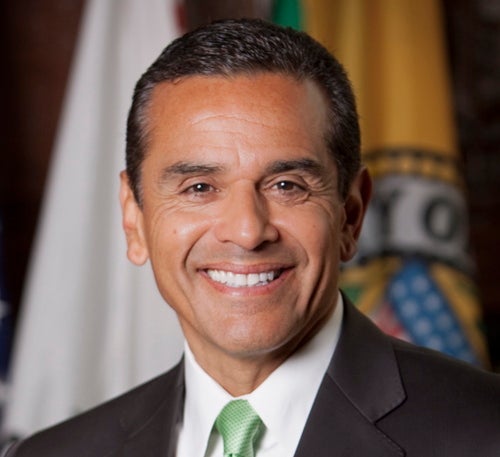 Clinton is up the sidewalk a little bit, chatting with somebody, and when I walk out the door, the photographer sees me and (Pshew!) aims his camera at me and starts flashing pictures away. Now, the former president is probably about ten feet up the sidewalk, and I decided I’m going to go up, shake his hand and say good night. Because I’m a gentleman, I’m not just going to walk out there and ignore him. So I did. I walked up. I asked him what he had to eat.

He said, (Clinton impression) “I had chicken. I had fish. That’s what we had.”

I got home and I sent an e-mail to some friends. I recounted the story pretty much as I’ve recounted it for you, and I told them, I predicted, “Now, you wait ’til this hits the papers. When it hits the papers, it will be the other way around. I approached the former president, and all of this sort of stuff — and I did, outside the restaurant.” I walked out and the photographers were there. 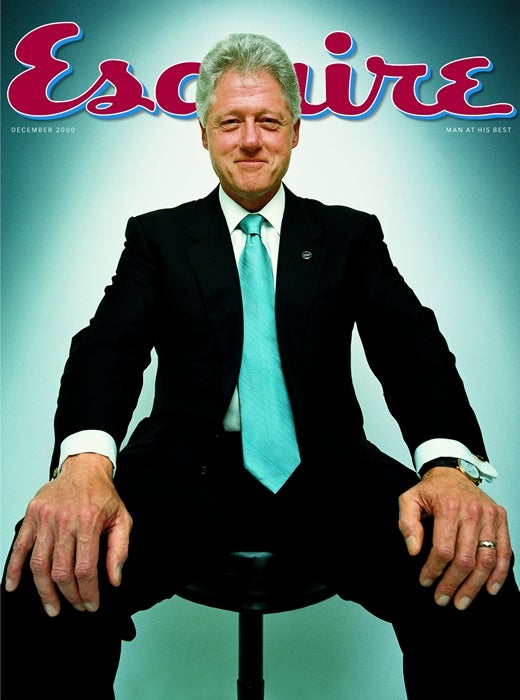 In fact… (chuckling) In fact, I said to the woman I was with, “Okay, let’s give them a picture.” She didn’t want to be in the picture. She just made a beeline for the car, but I walked up and said good night to the former president — and by the way, all this was like two old friends getting together. There was no tension about any of this. It was a good time, and I enjoyed it. I enjoyed it — especially (laughing) when I looked over and I saw the former president intently chatting up the woman that I was with. (laughing) It was cool.

I did approach him outside the restaurant when I was leaving to say good-bye. I’m not just going to ignore him on the sidewalk there and they had photographers taking pictures of that, I’m sure, but I was minding my own business. I didn’t even know he was going to be there. I was minding my own business like I always do, bothering nobody, sitting in the restaurant. When he stopped at the table, that starts this whole story. I don’t believe in coincidences with the Clintons. I just don’t. Of all places he chooses to go to dinner, the Kobe Club the same night I’m there?

Friend of mine, a very liberal dude, his flight was delayed in Seattle. They found out later that they’d held it because Bill Clinton, former president, was wanting to take that flight. He had bought out first class and when the plane took off, he came back to glad-hand everybody. Noah thought he was having a conversation with the former president ’til he realized that the former president was staring at his wife’s chest. Very similar.