RUSH: Here is Sal Paolantonio.  He is a sports reporter at ESPN, and he’s been there a long time.  I met Sal Paolantonio when I was at ESPN for those ill-fated five weeks.  And the first game was a preseason — no, no, it was regular season.  It was the Monday night opener at FedEx field, and all of us were in the ESPN van.  It wasn’t a bus.  And it was sardine city in there.  We’re sitting out in front of the hotel getting ready to be driven over to the set, which is in the parking lot of FedEx Field, Sal Paolantonio, the smartest guy in the group, he showed up early to get the front seat.We all pile out, and Paolantonio is already there, and the rest of us are sardined in the back, and we sit there still for five or 10 minutes waiting for a straggler to show up.  And during those five or 10 minutes Sal Paolantonio — nice guy — started telling me about his history in politics in Pennsylvania.  And I think he told me he had at one point worked for, at the time, a current Pennsylvania politician.

Anyway, just to establish who he is here.  This was yesterday on ESPN2, another African-American player was traded from the Philadelphia Eagles.  The Eagles got rid of “Shady” McCoy, LeSean McCoy earlier this season, they traded him to the Buffalo Bills where Rex Ryan is the coach, and McCoy played at Pittsburgh, the college, Panthers, said that he thought Chip Kelly got rid of him because of fact that he was black. He thinks that Chip Kelly doesn’t like African-Americans.Well, some people paid attention and looked into it but it never really became much of anything.  And then the Eagles traded another player to the Steelers earlier this week by the name of Boykin, a cornerback.  The Steelers are short in cornerbacks that can play.  And this guy when he got to Pittsburgh, he said (paraphrasing), “You know what, Chip Kelly just doesn’t understand our culture, African-American young men, he just doesn’t understand our culture.”  Another player who had alleged that there was racism on the part of the Eagles head coach in getting rid of players.  Sal Paolantonio was on ESPN to discuss this phenomenon.

PAOLANTONIO:  Here’s the third rail that we’ve never heard before at this level over and over again.  And that’s race.  It’s become such a big part of the dialogue within the country in the last year because of what’s happened between the police and the African-American community over and over again all over the country, the president of the United States talking about it.  In the 20 years that I’ve been covering the league, 20 years plus, I’ve never heard African-American players publicly bring up the word “racism” and “race” and differences over race between a coach and a player multiple times.  This, to me, feels different, and I don’t have the answer.RUSH:  So here’s Sal Paolantonio saying he’s never seen it like this. In all of his years he’s been covering the NFL, 20-plus years, he’s never seen this, where race was the central focus of so much, not just in the country but in the NFL with players now alleging racism in personnel decisions by coaches and now and then managers and so forth.  So I asked myself after I heard Paolantonio, well, what’s different now in his 20-plus years covering the National Football League, what’s different?  Why is race so much a focal point of everything that goes on?  And I remember there was a guy on the radio back on February 22nd of 2008 who made a prediction.RUSH ARCHIVE:  “If Obama gets elected president, wouldn’t it be good to just get this done, Rush, then we could end the civil rights squabbles that we’re having.”  It wouldn’t do that, folks, it wouldn’t do that.  It might even exacerbate them.

RUSH:  Yes, it was I, El Rushbo, who warned everybody this was gonna happen. 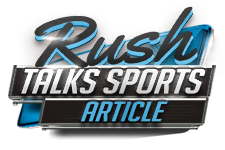 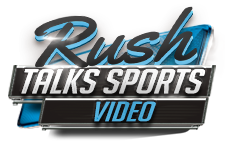 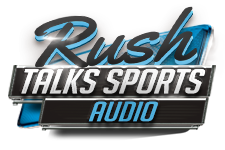