There’s a new app coming. Apple has a new app coming on their iOS devices, the iPhone and the iPad, and it’s called News.  Have you ever heard of the app Flipboard? (interruption) You never have.  Well, Flipboard is a news app, and they have any number of them.  And they create magazine-looking news stories based on the usual suspects: ABC, NBC, NBC, the tech blogs.  So it’s just a different way of getting your news in one place.  Well, Apple announced they’re gonna do their own news app.  Now, wait. Wait just a second.

When I saw this I said, “They need to hire Matt Drudge,” because their news app is an aggregator.  Flipboard is an aggregator.  It’s one place you go to read the latest from the Washington Post, the New Yorker.  You can select the sources that you want at Flipboard or Zune or any of these other apps, I think there’s two or three of them.  Apple is gonna do their own.

The app doesn’t cost anything. It’s part of the operating system, it’s baked in. You don’t have to use it if you don’t want to, it’s optional, but what separates it from all the others, all the others are put together by algorithm.  Flipboard, which is what this is being compared to more than anything else, uses algorithm.  They got people working there, but it’s algorithms and code that produce the content that you select from the sources you select.  Apple is gonna have real people putting it together.

In fact, all of these news websites are constantly pitching stories to Drudge, hoping and praying he will link to one of their stories because Drudge is the primary driver of traffic to these other news agency websites.  But if you look at the Drudge page, it’s everything.  It’s not left-wing. It’s not right-wing, but it’s clearly different.  There’s nothing else like it.  And isn’t it fascinating that after 27 years the people in journalism, nobody has been able to create a competitor website that comes anywhere close.

And yet what is it?  It’s just a guy scouring as much as he can on the Web and choosing to link to stories that interest him.  It’s essentially what it is.  And when I heard about Apple’s news app, the Drudge Report, they ought to buy the Drudge Report and bring Drudge in and make him one of their employees.  It’d be the most popular, it would just kill, it would be different.  And they’re not gonna do it.  It’s gonna end up — I mean, they can highly tout this all they want, but it’s gonna be a reflection of the people they hire.  And they’re gonna hire the same people that CNN would hire or the New York Times would hire.

So this news app, I’m just using this to make a point that it’s all the same.  Everywhere you go, it’s identical.  And that is what gives it authority, that no matter where you go, a story on Hillary Clinton’s gonna be the same thing: Hillary’s great, the Republicans criticizing her are screwballs, extremists, oddballs, weirdos. Or Trump is a clown, you name it, it’s gonna be the same no matter where you go.  But Apple does things differently, and the Drudge page, I mean, if they want a news app that nobody else has got that’s gonna get clicks, it’s just waiting to happen.  And they won’t even think of it.

But there’s a reason the Drudge Report dwarfs everything.  Some people think it’s, “Well, you know, Rush, you say Drudge is conservative, but I mean it’s clear…”  Well, you find a mixture of everything, the oddball, the kooky, the weird.  But, I mean, billions of page views?  It’s just stunning.  And Drudge didn’t come up as a journalist.  He’s not a J-school graduate, and yet he’s running rings around all these professionals and experts. 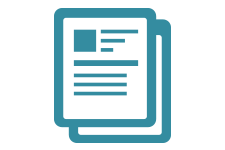 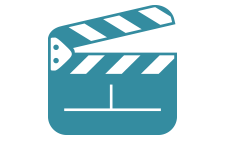 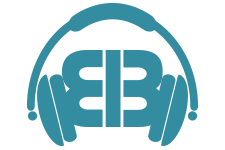