Trump Takes the Wheel on Health Care Following My Advice

RUSH: Now, one other thing, it was last Friday — almost a week ago on this program — what has been missing here from the entire Trump agenda? I addressed this all week, and I started on this last week.

When this budget deal started looking like it was looking I said, “The president is the guy that’s going to have to make things happen where his agenda is concerned.” And I drew an analogy to Lyndon Johnson and how Lyndon Johnson made Congress heel to what he wanted and what he needed. I made mention to that. This was last Friday. Audio sound bite number five. Three, two, one. Well, we don’t have audio sound bite number five.

Essentially, what I said was, repealing and replacing Obamacare was mentioned at every rally, so why doesn’t the president go in there and tell them what-for? It’s what LBJ did. LBJ treated them like a bunch of beagles. He’d grab those Republicans by the ears, Democrats too, and tell them the way things were going to be.

LBJ sometimes would only take phone calls from Republicans when he was in the toilet, which is also true. LBJ was a no-nonsense guy. You wonder why Trump can’t go in there and say, “Look, guys, I won the election. Here’s what we’re going to do. This is my agenda and I’m going to make it happen.” This is not what was happening. Do we have audio sound bite number six? Apparently we don’t have audio — oh, we do. Well, then, play it.

WOLF BLITZER: President Trump is personally lobbying House Republicans to back the bill.

ANDERSON COOPER: President Trump has been all-in on the effort to lock down votes.

GEORGE STEPHANOPOULOS: He really got re-engaged in the last several days.

ERIN MCPIKE: After all of this arm twisting that’s been going on.

JASON MILLER: Some arm twisting to go and get some folks across the finish line.

MARY BRUCE: Even some arm twisting.

JASON CARROLL: The president really deserves a lot of credit on this one. The president all week doing what he does best, and that’s negotiate.

JONATHAN KARL: The president has been doing this over and over again with individual members of Congress. This is the kind of stuff that President Obama really hated to do.

RUSH: Republicans need 217 votes to pass this thing. The vote is next hour. The latest count says they have 218. So they have a cushion of one. There were two flips yesterday. Billy Long, Republican Missouri, and Fred Upton, the lightbulb guy in Michigan. And here is Billy Long, Washington press conference outside the White House, after talking to Trump about why he switched.

RUSH: They were. They were covered with a pool of $130 billion. Do you know what’s going on here? And, folks, I don’t care. It is what it is. The guy is just angling for the press and the PR, that they had a major role in increasing the amount. It’s a great reelection effort, fine and dandy. Here’s the lightbulb guy, Fred Upton, at the same place, describing his meetings with President Trump. 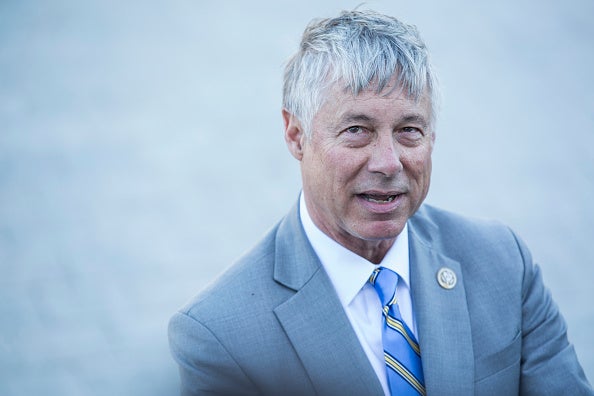 RUSH: So they got $8 billion additional for it and the pledge has been kept. So what I said yesterday happens to be also true. And that is, that this version of the House bill has been turning on the whole concept of coverage for payment of people with preexisting conditions. And as I said, there was a pool of $130 billion authorized already in the Republican bill. These two guys, Long and Upton, got an additional $8 billion added to it. And that, as far as they were concerned, made the difference.