RUSH: The Egyptian president, al-Sisi, gave President Trump the ultimate compliment yesterday, saying he was capable of doing the impossible. He complimented Trump during remarks which drew smiles and laughs from the crowd. He said, “Mr. President, let me express our appreciation and respect. Let me say you have a unique personality that is capable of doing the impossible.” This is irritating like you cannot believe to the media covering this thing. But the president of Egypt said it. So there’s no way they can mask it. They can no way distort it. He said it, they report it.

TheHill.com: “Trump Receives Saudi Arabia’s Highest Civilian Honor.” “Trump to Muslim World: Drive the Terrorists Out of This Earth.” He took it to them. He took it to them in a way that nobody could object to. It was not insulting. It was not an attempt to control or impose our values on anybody. It was an attempt to remind everybody of basic humanity and how we’re all called to it. An example, audio sound bites. We’ll start here with number nine, this Sunday in Riyadh at the Arab Islamic American Summit.

THE PRESIDENT: There is still much work to be done. That means honestly confronting the crisis of Islamic extremism and the Islamists and Islamic terror of all kinds. We must stop what they’re doing to inspire, because they do nothing to inspire but kill. Religious leaders must make this absolutely clear. Barbarism will deliver you no glory. Piety to evil will bring you no dignity. If you choose the path of terror, your life will be empty, your life will be brief, and your soul will be fully condemned. And political leaders must speak out to affirm the same idea. Heroes don’t kill innocents. They save them.

RUSH: This has not been said by an American president to an audience of leaders of countries which export radical Islamic terror. They may say it in other venues, they may say it in platitudes and so forth, but never face-to-face publicly like this, that I can recall. And when they have — well, they haven’t. Obama, of course, went just the exact opposite way and started blaming the victims for terrorism as (paraphrasing), “Well, you know, we must understand why these people do what they do. There is outrage.”

And Obama never — I don’t know of anybody who challenged the basic precept that all of this terrorism is martyrdom, that it leads to salvation and paradise. Trump told them the exact opposite. And he told the clerics and the imams to stop it. Here’s the next bite, same speech, Arab Islamic American Summit in Riyadh on Sunday.

RUSH: And do not wait for American power to do it. You must take the lead. One more sound bite, same speech.

THE PRESIDENT: America is a sovereign nation, and our first priority is always the safety and security of our citizens. We are not here to lecture. We are not here to tell other people how to live, what to do, who to be, or how to worship. Instead, we are here to offer partnership based on shared interests and values, to pursue a better future.

RUSH: We’re not here to lecture. We’re not here to tell other people how to live, but he just did in a sense. He said get rid of the extremists, get rid of ’em. I want just one little comparison. We’re gonna go back to 2009, June 4th, Barack Hussein O is in Cairo at Cairo University with his famous Cairo speech, which I defy anybody — even a scholar on the Middle East — to come on this program and tell me what he said. What did he say? Do you remember the Cairo speech? (interruption) What did he say? Well, let’s listen to a bit. It’s only a half a minute here, folks. Don’t sweat it.

OBAMA: I consider it part of my responsibility as president of the United States to fight against negative stereotypes of Islam wherever they appear.

OBAMA: Just as Muslims do not fit a crude stereotype —

OBAMA: — America is not the crude stereotype of a self-interested empire. Given our interdependence, any world order that elevates one nation or group of people over another will inevitably fail.

RUSH: Grab sound bite number 14. So Trump over the weekend… Trust me on this. Don’t doubt me. The Trump administration is gonna do everything it can to deny the Iranians nuclear weapons. They’re gonna do everything they can, even though the Obama administration struck a deal that leads to that very thing. The Saudis, if you don’t know, are archenemies with the Iranians. It’s Sunni versus Shi’a Islam, number one. Number two, the Iranians are not Arabs per se. They’re Persians. Both nations have extremist sects.

In Saudi Arabia, it’s Wahhabism. In Iran, it’s just flat-out, state-sponsored uber-terrorism all over the world. Saudi Arabia has radical imams that engage in this as well, and the Saudi royal family runs the grand mosques at Mecca and so forth. So their hands are not clean and so forth. This is an example of you need to have make friends with nations that are not perfect and do not necessarily reflect every value you have, and it all is based on exigent circumstances at a particular place and time. Obama, of course, chose Iran, and here, grab audio sound bite number 14. I never forget how infuriated I was when I first heard this.

OBAMA: In the middle of the Cold War, the United States played a role in the overthrow of a democratically elected Iranian government. I understand those that some protest that some countries have weapons that others do not. 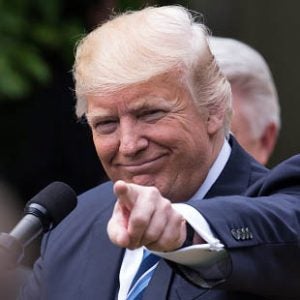 OBAMA: No single nation should pick and choose which nations holds nuclear weapons.

OBAMA: And that’s why I strongly reaffirmed America’s commitment to seek a world in which no nations hold nuclear weapons.

RUSH: That’s from the Cairo speech. Of course, that’s… Look, that’s all bogus. He’s just seen to it that the Iranians can get nuclear weapons. But the point here is, this was a swipe at the United States, a swipe at the idea that the United States is the world-leader superpower for freedom and liberty. This is the thing that forever frustrated me about Obama: Not recognizing American exceptionalism. We are the beacon of freedom and liberty. If we don’t stand for it, it isn’t gonna survive anywhere else because it’s never existed in the world like it does here.

That’s American exceptionalism. The world has never known the freedom and liberty it did until the United States some 230 years ago — and if that light is extinguished, then it’s over for the resolute world as well. There’s nowhere else. We must do this in order protect our own liberty and freedom. That has been a tenet of American foreign policy from the beginning, the recognition of liberty and freedom as essential to the human condition as created by God. And here’s Obama saying, “No nation gets to decide what other nations do!”

That’s what world leadership is: A willingness to point at bad guys and say they’re the bad guys and to keep the bad guys from getting worse! That’s leadership. Obama didn’t want to go there. In Obama’s world, the Iranians were victims of a haughty and egotistic the United States that thought it had all the answers. But the United States had had slavery, and the United States had had discrimination, and who were we? So in his mind there was no such thing as American exceptionalism, and there was a moral equivalence. We were no better than Iran. Iran was no better than us. Which is asinine.