RUSH: And we go back to the phones. Luke in Fredericksburg, Virginia, I’m glad you waited. And welcome to the program. Hi.

CALLER: Hi, Rush. Mega Millennial dittos and let me just say it’s an honor to speak to you, sir.

RUSH: Thank you. I appreciate that.

CALLER: So I wanted to offer some insight on why so many of my Millennial friends are not conservative. And I think the main reason that I’m kind of seeing, at least in my small sample size is that they don’t believe in pure evil. We all know you as the mayor of Realville, and I think when they’re living in their parents’ basement, they don’t realize that when you build a border wall, you’re keeping out people that are gonna harm our country.

You know, when you go ahead and execute on gun control, what you’re doing is you’re stopping law-abiding citizens from being able to protect their families. They don’t realize that in a communist or socialist situation, that you can shuffle around the money, but the thing is is that the people who are doing the shuffling are gonna take a dip into the pot, and the second point to that is it’s a flawed economic system that doesn’t work because it takes away from contributors and gives to people who are like our example case here, Millennials living in their parents’ basement.

RUSH: Okay, I’m not sure I got the last part of that, takes away from contributors and gives to people who are like Millennials — I’ll come back to that. Your first point about them not being aware or believing in genuine evil, you may on to something. Look, we’re talking about people that are technically between 18 and 34 but we’re focusing on 25 to 35 here in that age-group. They’re out of college, they’re adults. You know, college clowns are college clowns and they’re in the middle of indoctrination or propaganda. But let’s talk about those that are out.

RUSH: That theoretically should be working and some of them may be. I think that you’re on to something. I think because they’re 30 — I remember when I was 30, naturally a much different outlook on life than I have now. It’s not possible to equate it to, you can’t possibly at 30 have the life experiences and education and understanding that you have when you’re 50 or 40.

RUSH: Or 60. But they have had formative things happen. They do not know their country at war. When you say they don’t understand evil, they don’t see militant Islam as evil. They don’t see Islamic terrorism as evil. If they’re 30, 911, 2001, they were teenagers, there’s been so much propaganda about that. The United States largely has been blamed for these acts of terror, presidents like Bush with their torture have created terrorists and so forth. They’ve really been given a dose of anti-Americanism, well, I think since they first started going to school but it intensified once they got to high school and college.

CALLER: Exactly. Exactly. It just goes to show, you know, the thing is that what they don’t understand is the bad guys don’t play by the rules, and they assume that everyone plays by the rules and if we just made better rules–

RUSH: Let me stop you there.

CALLER: That’s right. That’s right. Yeah. Isn’t that funny though? ‘Cause we’re the ones that are paying the taxes and going to church every Sunday and that type of thing. So it’s funny how that works out like that.

RUSH: That doesn’t get you anything in their world, going to church? Are you kidding? Believing in God? No, no, no, look, this is worthy of consideration, to the extent that you want to spend time understanding it. Young people have traditionally skewed left through generation after generation after generation. Exceptions to that, of course. I am one. I never have been a liberal. I rebelled against my parents, but not that way. Never been a liberal. Constitutionally incapable of being a liberal. Who knows why. 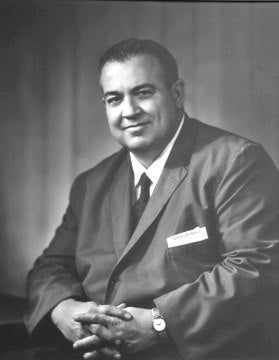 I rebelled against their assumption they knew better than I did, what I wanted, and what I needed. I’m just trying to say I was a normal kid. I rebelled. But I’ve never been a liberal. And there have been all kinds of efforts to make me one. I’ve not bothered to tell any of these stories. Folks, we all face them.

Sacramento, California, which was my first big break in radio, that’s after years and years and years and years and years in radio. It’s finally working because I’m finally being allowed to do a radio show the way I always wanted to. That was accidental too. They ended up ignoring me ’cause they thought they had hired something more important, which was a godsend for me. By the time I was working and paying off they couldn’t dare stop it, it was too successful.

There were a lot of people in that radio station, Sacramento, California, they were uber-leftists. They all invited me to dinner one night, and I thought it was a genuine legitimate invitation. And it wasn’t. It was an invitation to dinner where I was essentially put on trial and mocked and laughed at and made fun of by about eight or 10 people. They were typical arrogant, condescending, smart asses that knew everything. There was a little jealousy going on because I was having some success, and it was the first time in my career.

My only point is that I have faced uncounted, incalculable number of efforts to convert me. There’s no college professor who could do it. In my case, I’m just telling you, it would not have ever, in my life, been possible to convert me to liberalism. So I sometimes live in a little wonderment about how these persuasions to make people liberal and leftist work so easily. And it has to be something at home. Parents have to be leaning that way. I have to stop. I’m right in the middle of a good part, I know, but I have no choice.