RUSH: Here’s the next story. I have to tell you, it shocked me. It’s Cybercast News Service. And the headline is this: “DOJ Releases 400-Plus Pages of Lynch-Clinton Meeting Emails — After Comey’s FBI Said No Records Existed.” This is about that apparently spontaneous meeting on the tarmac in Phoenix between Bill Clinton and Loretta Lynch. The story was that Loretta Lynch was there and Clinton landed. Somebody told Clinton that “Lorettie” was in her plane on the tarmac and that Clinton told his pilots to head over there.

(Clinton impression) “Hey, Lorettie’s down there. I want to say hi. I want to discuss the grandchildren with her.” She doesn’t have any. So Clinton gets on the plane with Loretta Lynch, the attorney general, and she said they discussed his grandchildren and they just caught up on things. This is in the midst of his wife being investigated by the FBI over these emails and the server and the missing 30,000 of them. Four hundred and thirteen pages of emails related to that meeting.

The Department of Justice on Friday, document dump Friday, “released 413 pages of emails related to a controversial private meeting between former President Bill Clinton and then-Attorney General Loretta Lynch during the FBI’s investigation into then-presidential-candidate Hillary Clinton’s Benghazi emails. The FBI said earlier such records did not exist.

“This discharge of information is the result of a lawsuit filed against the DOJ by the American Council for Law and Justice (ACLJ) in November 2016. … The encounter [between Clinton and Lorettie] raised concerns about the impartiality of the DOJ’s investigation into the Hillary Clinton episode. … The ACLJ notes that under the leadership of then-Director James Comey the FBI had originally denied the existence,” of any documents reality that meeting. He said, “No records responsive to your request were located,” in a letter responding to ACLJ’s Freedom of Information Act request.

“Sekulow said he does not believe the discrepancy was due to negligence or an overwhelming workload at the FBI, arguing that if it had been the case, the agency ‘would not have been responsive at all. This is in direct contravention to the law, and we are preparing further legal action to force the FBI to come clean and turn over all documents related to this matter to us in a timely manner,’ he said.” 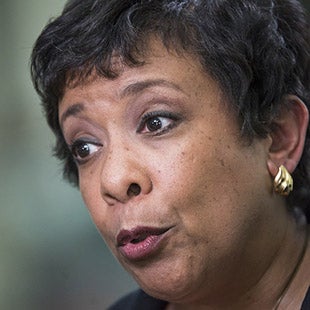 Now, I don’t expect there to be any media interest in the FBI lying about such a newsworthy item and defying the public right to know. How in the world — folks, do you have 413 pages of emails on anything? I try to create as little paper as I can. There could not be, for example, a Limbaugh library. Well, actually, there could, just transcripts of my program alone. But I mean things outside that — there are 413 pages of emails about a tarmac meeting that first the FBI says there weren’t any documents, there was no paperwork, there weren’t any emails in response to a request. But what in the world about this meeting requires 413 pages of emails?

Now we know why presidential libraries are so damn big. And then there are further questions. Are some of these emails between Clinton and Loretta before the meeting and setting it up, or are all of these emails after the meeting as they discussed strategies on how to mitigate the damage? Four hundred and thirteen pages on one meeting that lasted 30 minutes on a tarmac in Phoenix.