RUSH: Also big news over the weekend. I was kind of fascinated by this. Have you heard about the secret memo that went around Google? (interruption) You’re frowning. You hadn’t heard about this? (interruption) Some Google employee sent around an anonymous — posted an anonymous note — manifesto, on the inherent bigotry and political correctness at Google. It suggested that their pitch, their effort on diversity was misguided, that they need ideological diversity at Google, that all the conservative employees are scared to death to speak up and say anything. And then the guy — or girl. We don’t know who it is yet. 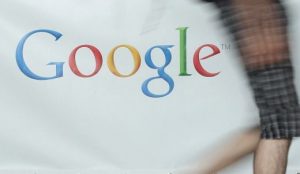 All we know is, it’s gonna get fired when they’re discovered. The guy said — and he was I think ripping off Larry Summers when he was the president of Harvard. He said (summarized), “Look, the reason why,” and this was on his diversity kick. “The reason why there aren’t more women in tech positions is they’re not good at it. They’re not as interested in it as men are. So this effort to be diverse and have equal number of men and women in the tech workforce is silly ’cause it’s never gonna happen. Women are just not that inclined.”

Larry Summers said the same thing at Harvard. The reason why there aren’t more female math teachers is women don’t do as well in it, and they ran him out of the place. So this guy’s gonna get fired as soon as they find out who he is. But this story has captivated countless people over the weekend, and it is not over yet, and there’s much more straight ahead.

RUSH: You lady engineers at Google? I want to say something to you. Google is playing defense right now on the issue of diversity. This memo by a Google employee… I mean, this guy has just thrown a political correctness bomb right into the executive suite, ’cause this memo asserts that Google… When you strip it all away, the memo is an allegation that Google has fewer female engineers because men are better suited for the job, that essentially natural selection has taken over, and men are just more oriented toward math and science and engineering in those fields.

Now, what generally happens in a situation like this is that the feminists and leaders women’s groups that get all hot and bothered and run around start making noise about discrimination and unfairness. Ladies, forget that. There’s a much better path that you should take here. Don’t get lost in the diversity argument. Don’t get caught up in it. That’s what Google expects you to do. Don’t go acting offended, and don’t get on some soapbox claiming that whoever wrote that is a bigot.

Google is reeling right now. This is the kind of thing, this is the kind of charge that just sends leftists up the tree, that they’re unfair, that they’re discriminating on the basis of gender. Ladies, tell Google to prove it to you that the guy who wrote the memo is wrong. What you say to Google is, “Show me the money.” Go to the money. Tell ’em you want money. Tell ’em you want raises. Tell Google to prove it. Don’t join the protest march and start throwing underwear and bras. Just demand the money. They’re reeling right now. Hit ’em!

Bill in Ridgefield, Connecticut. I’m glad you called, sir. You’re up first. How are you?

CALLER: Hi, Rush. I was just talking to Snerdley. Let me get to the point. I’m rich. I’m a big chess player and a damn good one. In fact, the New York AC I was the (call drops out) of the chess club. But backing up a second, of the top —

RUSH: Wait. Wait a minute. Your call — hey, hang on, hang on. Your call is bucking up. Did you say the New York Athletic Club? Is that what you said?

RUSH: The New York Athletic Club would say that. So you’re a great chess player. Okay. Got that. Go.

CALLER: Okay. Of the top hundred chess players in the world —

CALLER: — you know how many are women? Zero.

RUSH: What does that mean? 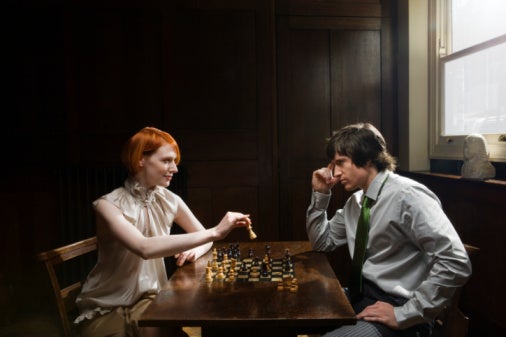 CALLER: I think they gravitate. I’m not saying women aren’t smarter. I have a daughter that went to Smith. I have a daughter that’s a doctor. I’m not saying women aren’t smarter. But they gravitate to the nurturing areas of society, as maybe they should. But they are not competitive with the mechanical and sciences. There may be a great scientist, but that would be an anomaly. But women, that can’t God for them, do a great job raising kids, God forbid, the feminazis, you know, one daughter that went to Smith, loaded with feminazis, she has our values. You know, common sense, down to earth, she got four kids, whatever.

RUSH: Let me get back to your chess question.

RUSH: ‘Cause you’re probably right. You’re not saying women aren’t capable of learning it and excelling at it, you’re just saying they’re not interested in it, right?

CALLER: For the most part. But there are grandmaster female players. They’re just not in that top tier. The Polgar sisters, they’re from I believe Poland. Both of them are grandmasters.

RUSH: Well, how much of it is that they don’t want to do what it takes to get there because they have other —

CALLER: That’s right. You know, you take, you know, whether it was Bobby Fischer, God rest his soul. You take Kasparov who is going back, apparently, into the competition area. I read it in I think yesterday’s Journal —

RUSH: He wants to beat the computers, yeah.

CALLER: Well, the computer is a different ball game.

RUSH: I don’t know. Elon Musk says they’re gonna take us over and Bill Gates and Hawking say if we don’t get to Mars, the machines are gonna eat us. What do we do?