The Google Manifesto: Free Speech Is How We’re Going to Lose Free Speech

RUSH: This is fascinating here. The guy that wrote the manifesto’s got all kinds of people coming out and defending everything he said. Scientists at Rutgers are coming out defending the guy as having been right on point with everything. He’s basically said, “Look, don’t blame anybody. Women just aren’t as interested in tech jobs, and so therefore they’re not that well suited.” 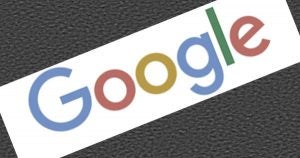 This is the reason why 25% of the tech workforce in Silicon Valley is female. Nobody’s denying them. It’s just that’s not what they want to do. And you would have thought that hell has been unleashed. But there are great lessons here about how freedom of speech and freedom of everything end up being whittled away and ended. And what’s happening at Google, what’s happening at various college campuses, is exactly the way freedom is lost.

RUSH: Okay, the Google situation, folks, it is a microcosm for this: Freedom does not end by people running around chanting or protesting, “Down with freedom!” That’s not how it ends. Freedom is killed off by people claiming that the greater good or the general will or the betterment of the community require speech patrol. Yes, for the greater good, the general will, the good of the community, we must make sure that speech that doesn’t offend or hurt isn’t uttered and isn’t heard. Yes, we can’t hurt anybody’s feelings, and we can’t offend anybody.

And this is exactly how loss of freedom begins, as a good thing, as a compassionate thing. Venezuela is a present living example. So is what’s happening on American college campuses, and even here at Google. And I want to spend some time explaining this and delving into it, which I’ll do tomorrow, dovetailing it with some of the developments and lawsuits coming out of this Google manifesto.