RUSH: Right about now the Pittsburgh Steelers just sat down to the pregame meal. They have a pregame meal that’s five hours before kickoff. That’s how the Steelers do it. They have a 7:30 kickoff tonight against the “New Jersey” Giants in New Jersey. So it’s a road game. (interruption) No, it’s five hours. Some teams do it four. But the Steelers believe proper digestion occurs five hours for the most efficient fueling. The NFL Network has that game tonight. That would be Channel 212 on DIRECTV. I don’t know if the NFL Network is on Comcast or not or Xfinity. (interruption) 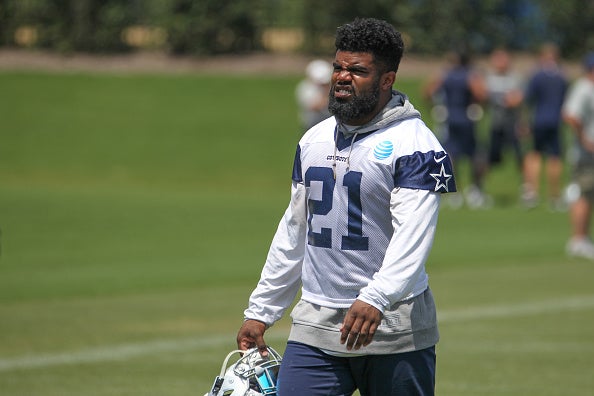 That worries you, does it? (interruption) You’re a Cowboys fan. That worries you, angers you? Six games! That’s significant. They have a 16-game season. But you know what, running backs, you know what it’s said, Mr. Snerdley: Dime a dozen. (interruption) Well, Ezekiel Elliott was going to have a great year, no question. Give me Le’Veon Bell any day — who is holding out anyway. (interruption) Yeah, they wouldn’t offer him a long-time deal, so had to take the designated franchise tag, which means he’s going to earn $12 million this year guaranteed. And he doesn’t have to report until the first week of the season.

He can’t be fined. He wanted a long-term deal. He wanted to be paid. He was the team’s leading receiver and running back so he wanted a deal that paid him as the leading player in those two categories. He wanted something like 25 guaranteed. The Steelers were talking 15 max, but once the season starts, negotiations end. And there’s still scuttlebutt that the Steelers might cut him depending on how the running backs in camp do, because — duh, duh, duh, duh, duh — at the end of the day, running backs are what did you say?

They’re actually not. Zeke Elliott, Le’Veon Bell are not dime-a-dozen running backs. But… (interruption) Ohhh! The media is doing the whining about Kaepernick not being signed. Folks, I was going to talk about this not today, but Snerdley’s brought it up here. Every time I see news about the NFL I say, “The NFL? It’s over. Nobody knows when yet. (snorts) Soon. But it’s over as we know it.” Ninety-nine out of 110 players had brain damage. You got that report out there. Now you’ve got the head concussion expert, CTE experts, saying, “Parents don’t let your kids play tackle football until they’re 18.” 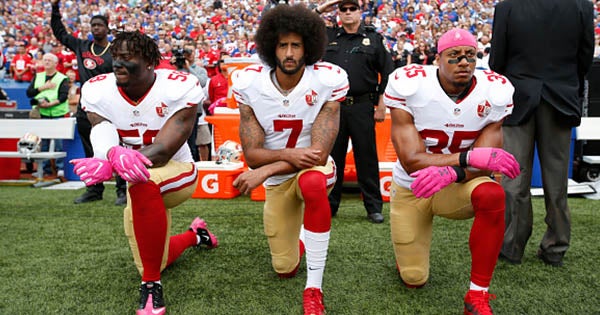 It’s going to happen. It’s going to happen. They’re going to kill a goose that laid the golden egg and they’re going to do it just like Google is suppressing free speech supposedly to make everybody feel better and to keep nobody from getting hurt. All these wonderful little snowflake things that are not possible. I was just going to get into the Google thing. Kaepernick, though… Did you hear (I forget who) some protagonist on TV said that the African-American players ought to boycott the first week? Just not play.

And if they did that, then the owners would have to get in gear and somebody would have to hire Kaepernick. Their theory is that Kaepernick isn’t being signed because he can’t play. No, no! I got that exactly backwards. Their theory Kaepernick is not being signed because he dissed the country, took a knee during the anthem. They’re maintaining, “No, he can play! He can play. They just don’t want to deal with it because he’s black and because he disrespected the flag. It’s a bunch of bigots and white owners.”

Do people not understand the NFL’s TV ratings were way, way down? And we now know why! Market research was done. A majority of the decline in TV ratings was directly related to Kaepernick and the other players that followed him in openly, publicly dissing the country by dissing the flag. It’s no more complicated than that. But the sports media wants you to think that he’s not being hired because he’s black. And he can’t play or what have you. They couldn’t be more wrong. They’re even suggesting that the Miami Dolphins take him. When their quarterback went down, Tannehill, they went out and they got Jay Cutler out of retirement.

He was going to be doing commentary on Fox. Not news. The TV Sunday afternoon football game network. And the sports guy said, “They should have hired Kaepernick.” Kaepernick? Are you kidding? Where the fan base hates Castro, they’re going to go out and supposed to hire a guy who’s been singing the praises of Castro? What kind of sense would that make? But that’s what they wanted the Dolphins to do. (interruption) Oh, they got mad at Ray Lewis.