Should We Ban Gone With the Wind?

RUSH: I’ll tell you what else let’s do. Let’s not stop at Robert E. Lee statues. Let’s ban Gone With the Wind. Let’s ban the book, and let’s make sure the movie can no longer be purchased, rented, or exhibited anywhere. We will get rid of not just Robert E. Lee. We’ll tear down anything that tells anybody where Gettysburg is and what happened there. (interruption) Well, now wait. No, Gettysburg will stand. 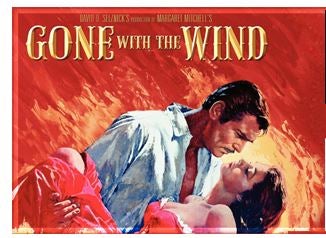 Gettysburg will stand ’cause that’s where they had their lunch handed to them, so Gettysburg will stand. But we’ll go all the way back to Lincoln. We’ll take Lincoln’s name off of Mount Rushmore and we’ll put Trump up there. (I’m only kidding.) But, I mean, let’s do this. Let’s get rid of all of these outdoor signs of the nation’s injustice and unfairness. Get rid of everything so that American slavery is never known to have existed in any way. All monuments, all battlefields, all reenactments will be erased. (interruption) Oh, yes. (interruption) Well, nope, nope, nope. (interruption)

We shut down any restaurant that serves chicken fried steak, that serves biscuits and gravy. I mean, anything that can be traced back to that evil heritage of the Confederacy. Get rid of all of it! That would make everybody shut up, right? That would just silence everybody about the inherent evil of the United States related to slavery. Make it disappear, and then everything would be okay, right? (sarcastic laugh) Ha-ha-ha-ha. I hope you get the point here.

RUSH: By the way, folks, there’s all kinds of things, there are all kinds of things out there in addition to this story, and I do want to get to some of them today rather than be totally devoted to this, because this story’s not gonna go away, either. No matter what Trump said today, this is just the latest, most recent story that propels the Get Rid of Trump effort, and this will the replace the Russian story and the Mueller investigation for a while — and perhaps a big while, ’cause this… You know, identity politics? This is it. This is what the Democrat Party’s become, this is how they hope to win again and triumph. So this is gonna be milked for all it’s worth.

Nathan in Lynchburg, Virginia, as we head back to the phones. Great to have you, sir. How are you doing?

CALLER: Good. How you doing, Rush?

CALLER: Hey, I’m listening through WLNI, 105.9 here in Lynchburg. Charlottesville is 45 minutes north of me, and I want to answer your question. The mayor and the city council, they’re the ones responsible. The same thing happened when the Ku Klux Klan came in Charlottesville to protest —

RUSH: Hang on a second. Responding for having the cops sand down? Is that what you mean?

CALLER: They’re responsible for Heather Heyer dying. They’re responsible for this whole mess. Three weeks ago, the same thing happened. Three weeks ago, a month ago, the same thing happened. They got a legitimate right to protest. They went up there, the Ku Klux Klan, and they protested but that time they had the cops en masse and in force, and this stopped them. Violence still happened. But it wasn’t nearly as bad as this. But this time around? They didn’t do anything about it, they sat by. Tear gas start coming; they abandoned their little post, the state police did, they abandoned where the safe zone was, and they just got out of the way of this mess. At the end of the day —

RUSH: Okay, wait a minute. Why?

CALLER: I don’t know. I think maybe if the FBI did their job and investigated some of the bank accounts of the mayor and the city council members, they might find out why. That’s just my opinion.

RUSH: So you think people were paid off to have the cops stand down? Your theory being that somebody wanted this to happen.

CALLER: Oh, yeah. Absolutely. It’s a very liberal city. Charlottesville is one of the most liberal cities besides Richmond here in Virginia, and Virginia’s a battleground state for these monuments being torn down and taken down. As far as that’s concerned, if you’re gonna eradicate history, then civil rights movement never happened and therefore every Martin Luther King Jr. beloved that ever existed out there needs to go away as well, and let’s just — like you said — get rid of all of this.

RUSH: Well, I thought people might misunderstand that. (laughing) When I said, “Get rid of Gone With the Wind and get rid of the statues,” I was… (laughing) You’re, of course, right. If we did that, we would have to eliminate all of the things attached to it, and I was being facetious. Nobody will support it, even though that’s why they’re protesting! That was my point to try to illustrate. I’ll explain further. 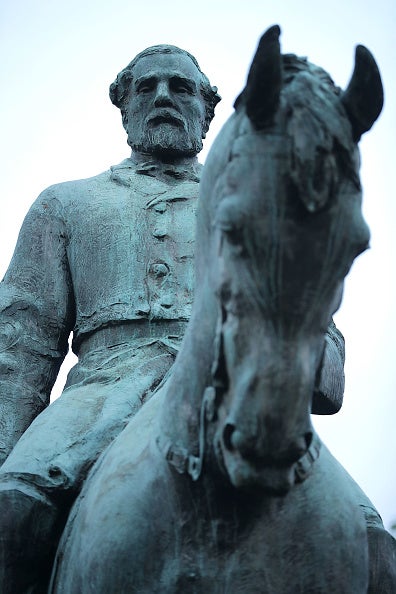 RUSH: That last caller was very quick on the uptake there. Okay, Mr. Snerdley is afraid that if I don’t explain this, the Drive-Bys will think that I was advocating that we scrub all African-Americans from American history, which is of course not my point. My point was to illustrate that what the people are protesting for, they would oppose if they got it. They want to take down the Robert E. Lee statues, right? Why? Because it’s a symbol of our horrid, racist, unfair, unequal, despicable past.

“Well, if that’s true, why stop there?” I ask. I mean, there’s a lot more. Robert E. Lee was not the only one of them. There’s all kind of Beauregards down there and any number of guys that have statues that have remembrances and that have been honored as great military people. Even though they were fighting for the Confederacy, they have been honored as brilliant strategists or what have you. They were dedicated to their cause. Gone With the Wind is a book and a movie that is practically a… (sigh) What’s the correct word to use here?

It’s a remembrance of the time we’ve lost. It was a romantic treatment of that era leading to the South’s defeat. Gotta get rid of it. Those people were humanized. Why, those Confederate soldiers, they liked women and they proposed to them! They treated ’em with chivalry. They went dancing with ’em and they had dinner with ’em. You know, and they said, “Yes, ma’am,” all kinds of polite things. You can’t have that portrayed. These people were savages. Gotta get rid of any reminder whatsoever of this horrid aspect in our past.

That’s what they’re advocating here, are they not? Well, if you did that, there wouldn’t be a single Martin Luther King Boulevard in this country. There wouldn’t be a Martin Luther King, if you’re gonna eliminate that aspect of American history. And who would be the first to object if, in the process…? If you don’t stop getting rid of the Robert E. Lee statue but you keep going, the very people demanding to get rid of the Robert E. Lee statues would be the same people standing there saying, “Whoa, you can’t do that! You can’t get of Martin Luther King?”

Well, we gotta get rid of Robert E. Lee. I mean, who came first here in and if you get rid of the guy that came first then anything that came after him didn’t exist, either. We gotta scrub it all. “You can’t! You can’t.” The point is that, once again, the supposed highbrow — the supposed sophisticated, refined — motivations for all of the anger and violence and hatred on the left will not hold up to intellectual scrutiny. Because if you take it to its logical conclusion, at some point in that timeline they’re gonna protest what you’re doing.

Yeah, we’ll get rid of Robert E. Lee. But then if we start going further, at some point they’re gonna draw the line and they won’t permit it. Because there are certain aspects of this history that they cherish and they love, like Dr. King and any number of other associated heroes and heroines from that era. That’s the only point to illustrate that what they’re claiming to be angry about, they actually would oppose if you went all-in on this. Does that help them, Mr. Snerdley, do you think? Are they capable of understanding that?