RUSH: Denouncing the Nazis, the KKK, the white supremacists is not enough. Trump didn’t mean it. We have a montage showing how they play the game. They move the goalposts. Now this next is what Trump must do to prove he’s not a Nazi, a racist or a sympathizer.

CHARLIE ROSE: (music) The next White House staff shakeup could leave Steve Bannon on the outside.

MAJOR GARRETT: (outdoor noise) Bannon could be gone by the end of this week.

KRISTEN WELKER: Bannon could soon be out.

ERIN BURNETT: Should he fire them — Stephen Miller and Bannon — to make a point?

KEITH BOYKIN: … Steve Bannon and Sebastian Gorka and Steve Miller in the White House. Those people are racist.

CORNELL WILLIAM BROOKS: It’s a good first step but it has to be followed up. That means firing Steve Bannon, Mr. Miller.

RICHARD PAINTER: … Steve Bannon, Steve Miller and Sebastian Gorka, who come out of this Alt-Right movement. 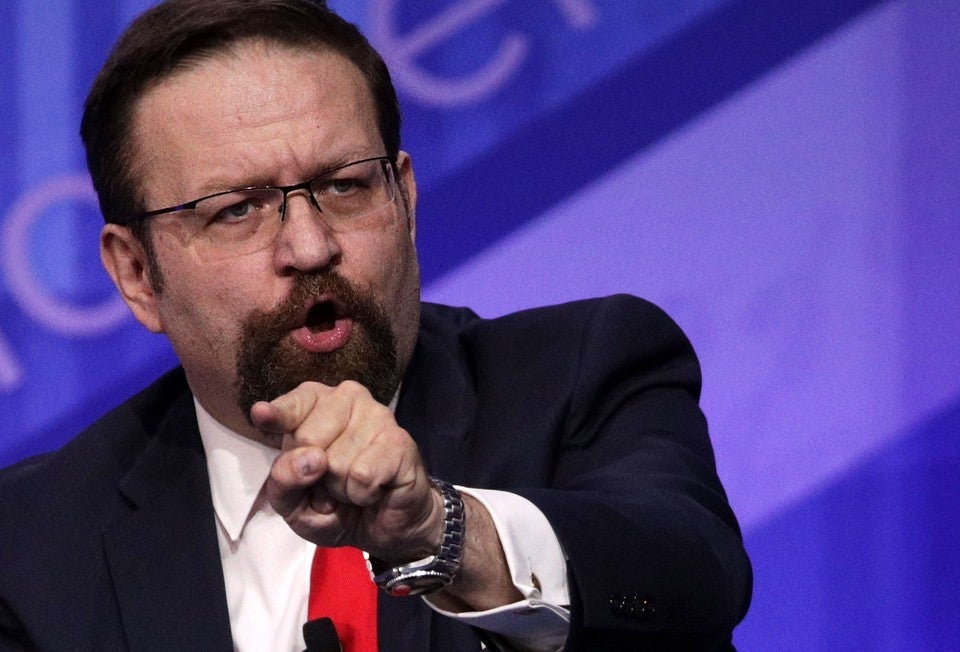 JOE KERNEN: … Bannon or Miller or Gorka. Do they need to go?

MARC MORIAL: … Bannon and Miller and Gorka. The White House would be better suited if they were not there.

FERNAND AMANDI: Why are the three Nazis in the White House, Steve Bannon, Gorka and Miller — whose jobs are funded by the taxpayers…? Why they still working today?

RUSH: Look, you idiots… I’ll name you names here in a minute. You idiots, if you really want Bannon gone, you’ve got to shut up. You keep talking like this and they’re never gonna get rid of these people. They’re never gonna throw them out. They’ve learned the lesson. They can’t throw you a bone. You’re like a rabid dog that can’t be treated! You people just learn to shut up. (That won’t happen.)

CALLER: Hey, how are you? It’s a pleasure to speak to you.

CALLER: I was actually introduced to you by my grandfather, Pat Sullivan, when you had your TV show around the time of the Columbine shooting, and I’ve been a listener ever since.

RUSH: Well, I appreciate that. Thank you very much, and him.

CALLER: Yes. Yes. A World War II veteran. Okay. So I’m calling about Trump’s true level of support versus the poll numbers and the media’s representation of his support. I was an avid Clinton supporter, borderline Never Trump. In the end, I did vote for him. But as this continues on with like the Russia story and, oh, the media attacks, I have become more and more loyal to him, and I am supporting him more now than I ever did.

RUSH: You know, Courtney, I don’t mean to be rude, but your phone connection is really bad, and I was patient there hoping it would clear up, but I think people are having trouble understanding what you’re saying. It’s not your fault. It’s just a bad cell connection, but here’s her point, folks. She started out her father got her started on the program, she’s forever, eternally grateful to her father who was a World War II vet. And she said she was not inclined to vote for Trump. She was not an original Trumpster.

She reluctantly voted for him because of extraneous reasons. But she is now becoming more and more defensive and supportive of Trump as these never-ending attacks and assaults on him continue. And she mentioned the Russia allegation and now this stuff. And I think that’s happening all over this country. And you’ll never see it reported because the media’s not even considering it.

Remember, now, the arrogance of these people. They think they are succeeding in driving a wedge between Trump voters and Trump, which is their objective. The key to getting rid of Trump, they think, is succeeding in driving Trump supporters away from him. Have you ever seen, ladies and gentlemen, you ever seen such a focus on White House staff? From the moment Steve Bannon was named chief strategist, the media has been trying to get Trump to fire him.

It’s not just Steve Bannon today. We had sound bites earlier, now they’re trying to get rid of Sebastian Gorka who is on the National Security Council team. Trump loves Gorka because he loves the way Gorka defends him on TV. Gorka is good. And now they’re going after Stephen Miller, who they’re calling an anti-Semite and a racist! Stephen Miller is Jewish. He happens to be one of the top-tier Trump policy people, and he’s exceptionally bright and good.

Do you ever remember the media going after Clinton or Obama: “You gotta get rid of X. You gotta get rid of these staffers.” They won’t let go. They are telling Trump they’ve gotta get rid of these people ’cause they’re Alt-Right, racist, white nationalists. The longer they persist in telling Trump to do it, common sense would tell me the less inclined Trump would be to do it, especially after yesterday. When the media’s clamoring for Trump to make a second statement because he didn’t specifically mention the Nazis and the white supremacists. When he made his first statement of condemnation he blamed all sides.

That wasn’t good enough for ’em. So he came out yesterday and I specifically mentioned the Nazis and the white supremacists. We all knew how it was gonna happen here. The media then said: “Not good enough. You don’t really mean it. You’re only doing it because we pressured you to do it.” It’s like David Koch in New York gave a New York Hospital a $25 million donation, and the nurses union told the hospital not to take it because he didn’t really mean it. He was just giving the money to try to cover up his racism and bigotry.

Now they keep harping on getting rid of Bannon, getting Stephen Miller now, Sebastian Gorka. There’s no way Trump can do it with this kind of media pressure. And he may want to, for all I know. Somebody in there is leaking. Somebody in that White House is leaking big time. Somebody’s leaking for their own personal benefit in there. My guess is they know who it is now. And my guess is there are a lot of people in there on thin ice.

But anyway, it is frenzied irrationality. And they want Trump to do things that will allow them to say, “See? Trump is a white nationalist. See? Trump is a Nazi semper fi.” That’s what they’re dying to report, folks. And they’re trying to manipulate events in such a way that will permit them to do that.