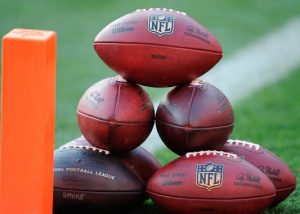 At the time it was called the Paper Football League. And what we did, we had a group of five guys that did this, some scoreboard personnel and front-office personnel at the Kansas City Royals. We did this in our spare time, and we always had, to start the season, a draft. Now, we, my memory is I think we all had to put in a certain amount of money in the pot to begin the season, but when we drafted players there was no money paid during the draft. You paid your up-front fee to get in the league, the Paper Football League, and then you did the draft. We did our draft at a bar. We did our draft after the second or third preseason game because some of our stupid owners thought that they could draft rookies and make big progress by knowing something nobody else in the league did.

And then I got the opportunity to go to Sacramento, and as the commissioner of the league, when I left — we tried to maintain it long distance, but it fell apart. And I haven’t been active in fantasy football since 1983 or 1984. But I’ve kept up with other people that play it. ESPN has nationwide fantasy football, and they’ve had it for quite a while, and you can play it at any number of different levels. But this week they had their draft. And you know ESPN’s well-intentioned. I mean, you know there’s no racism there, right? And there’s no bigotry at ESPN. I mean, ESPN is clean and pure as the wind-driven snow, correct?

Well, ESPN has had to apologize because they didn’t call their draft a draft; they called it an auction. And that wouldn’t have been so bad except since 75% of the players in the NFL are black, they were auctioning black players as their draft in fantasy football.

“ESPN2’s approach to auctioning players as part of its Fantasy Sports Marathon on Monday night drew criticism from some on social media, who said it resembled a slave auction. While white players were part of the draft, the footage of an auctioneer ‘selling’ New York Giants receiver Odell Beckham Jr. led to some on Twitter to voice their outrage,” including Odell Beckham Jr.

The U.K. Daily Mail has the story here. “New York Giants wide receiver Odell Beckham Jr. said he was left ‘speechless’ after seeing the clip of his face on a stick being auctioned off to a mostly white crowd.

“Former Giants defensive lineman Dominique Hamilton tweeted the ESPN clip at Beckham saying: ‘Ummm @OBJ_3 what’s sup with this racist sketch?’ [sic] That sparked Beckham to respond that he was left stunned by what he saw. Viewers were also upset at the visual of black players being sold to mostly white owners…” That’s what you call yourself if you play fantasy football: You own your team. So they were “mostly white owners during the segment that aired Monday night on ESPN2.

“As well as black players, there were some white players involved in the auction, including Tom Brady and Rob Gronkowski of the New England Patriots. But viewers were upset at the visual of black players being sold to a mostly white crowd. One commentator…” Not everybody was disturbed, by the way. One commentator. Did anybody ever play fantasy football? They have an auction draft’ ESPN just did a live version of it. “Not everything’s racist”? Oh, yes, it is! This is the point. Everything is racist and you are automatically guilty unless you prove your innocence.

The assumption is now that you’re a racist — and if you happen to be a conservative or a Republican, there’s no question about it. You are racist, and you have a history of it, and it’s up to you to prove that you are not, and the way you do that today is to come out and condemn Donald Trump, which is exactly what’s happening. Republicans and conservatives across the spectrum are racing to microphones and cameras to distance themselves from Donald Trump lest they be considered to be in the same boat that he is in as the left is reacting and describing things that he says and does, such as at his press conference yesterday.

ESPN does this every year, but this is the first time they’ve televised it. They have a draft, and the way ESPN does it you have a salary cap and every player you draft costs you money. It’s the way the game is played. It’s the rules. But you see today, folks, that looked just like an old slave auction from an old cowboy and Indian movie. Odell Beckham Jr. essentially was auctioned off as a slave on ESPN2 on Monday night. That’s a Disney company, by the way. (interruption) Well, you notice Mickey Mouse is black. Always has been.

They don’t get any credit for that. (interruption) Yeah. It’s just… (interruption) What do you do? You throw your hands up. You do a draft for fantasy football, and look at… This is a testament here to how sensitized they have succeeded in making everybody. It’s a testament to how thoroughly the entire notion of everybody is a victim — except one tiny group of people. It’s a testament to how well and easily that has been spread. You might look at the real NFL draft. It is an auction in and of itself.

No money is exchanged hands, but there’s trading, and you have — if you’re drafted, you don’t have any choice but than to go with that team, that owner. That will probably come under attack at some point led by this. ESPN’s falling all over itself to apologize, saying that they did not intend any of this to happen. “ESPN’s recent effort to take full advantage of the fantasy football phenomenon included a staged player auction segment that looked a little too much like a slave auction.”

Never mind the people being bought here are, what, how many times multimillionaires? “ESPN has now apologized for the segment and said in a statement, ‘Auction drafts are a common part of fantasy football. ESPN’s segments replicated an auction draft with a diverse slate of top players. Without that context, we understand the optics could be portrayed as offensive, and we apologize.'” They do it every year. This is the first time that it has been televised.

RUSH: By the way, we have audio. You can actually hear the slave auction as it happened on ESPN2. SportsCenter special fantasy football draft. The slave auction. Here’s the first of our two sound bites. 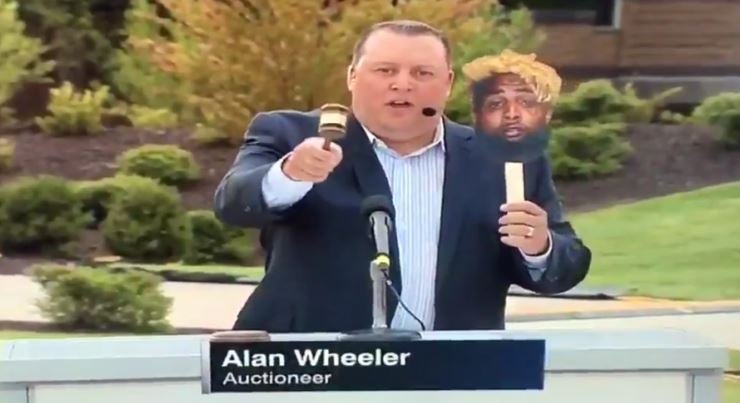 RUSH: Aw, well, there you have it, Odell Beckham was sold for $34, Tom Brady was sold for 20. If you dig deep, you found out what really bothered people here. But that’s what ESPN apologized for, and you heard it. Was it a risk to run the bites? Damn right, it was, folks,. But that’s what we do here. We take risks each and every day at the EIB Network, as you well know. Slave auction? Doesn’t matter. We’ll air it.