Trump to Take on Flake in Arizona

RUSH: Now to the phones we go. Jewels in Minneapolis. Great to have you on the EIB Network. How are you doing?

CALLER: First of all, Rush, the media is the Democrats. So when you say the media says, it’s the Democrats says, and who cares? I voted for Trump. I’m sticking with Trump.

CALLER: I voted for Trump. The problem is the Republicans. They are a bunch of fake, phony frauds. And Rush, they gotta get it together, they gotta stand up, they swore to us, they swore to us that they were going to fix these problems. Trump comes in with the pen ready, they get their Republican president, and then these weasels have turned, and they keep turning, they hide behind each other. Until the Republicans stand up and they condemn those that lie, and they defend President Trump, they need to be primaried. And a new guy needs to be voted for. If they don’t have a primary, get ’em out. 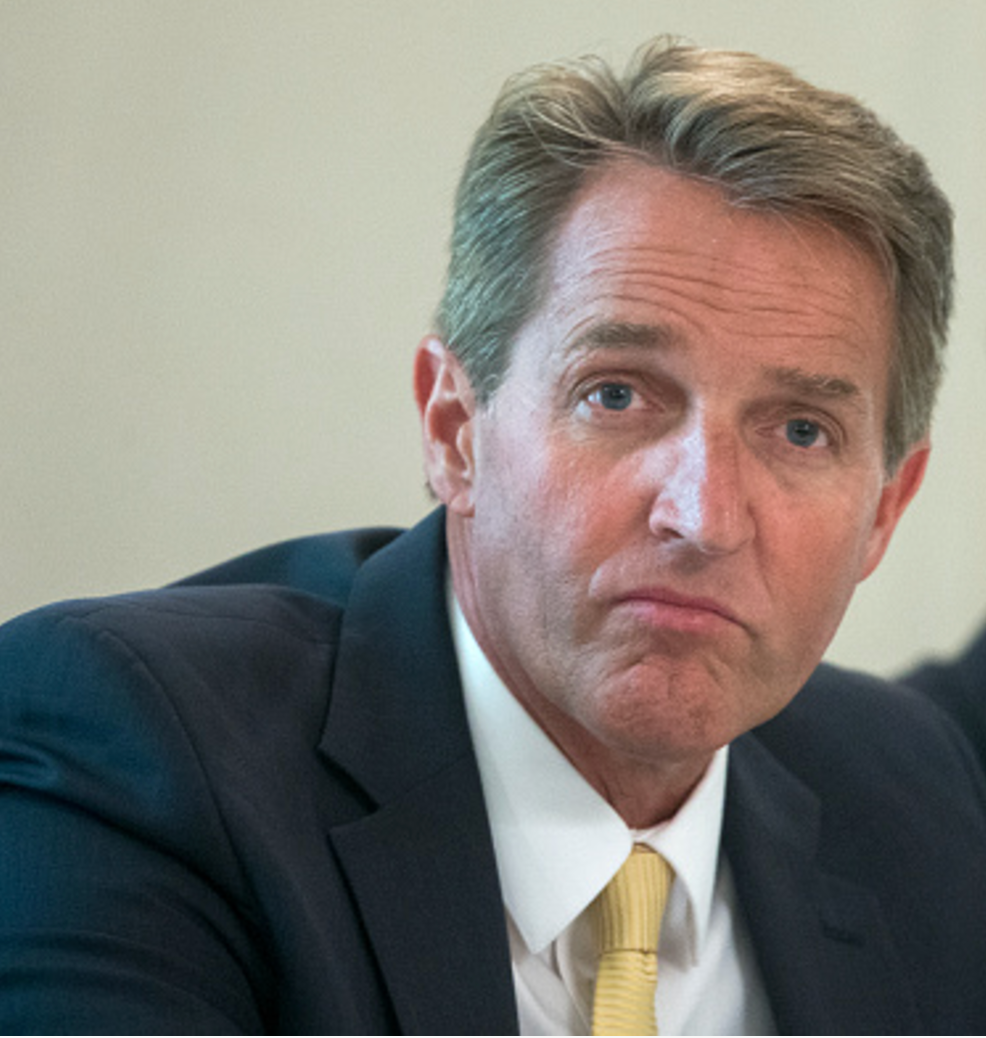 The reason Trump is doing this rally is he’s going to support a primary opponent of Senator Jeff Flake. Trump is gonna do what he can to get rid of Jeff Flake, who has tried to throw Trump under the bus and overboard. They say Trump is not a political strategist. They say Trump doesn’t understand all this. He’s just a Big Business guy. This sounds to me like Trump knows exactly how to play politics. He’s gonna go right into Jeff Flake’s backyard and openly support and endorse somebody that’s gonna try to unseat Jeff Flake. This is a Republican, not a Democrat. This is a primary. The mayor of Phoenix doesn’t want Trump anywhere near because he’s afraid of Charlottesville will trail along not far behind.

And, in the meantime, the stories will soon be that it is Bannon that’s the architect of Trump’s personal appearance and rally to support the Republican opponent of Jeff Flake. Okay, look, I’m glad you called, Jewels, but I just want to tell you something. You’re demanding the Republicans stand up and that the Republicans finally defend Trump. That’s not gonna happen.