Millennial Wants to Know How Liberals Seized Control of Education

RUSH: Here’s Kevin in Green Bay. Hi, Kevin, great to have you here.

CALLER: Hey, sir, how you doing?

CALLER: I’m 24 years old. I just graduated from college at a public university, and I was just hired this summer as an elementary school teacher. And my question to you, from my perspective and growing up in public education, it just seems that liberalism has complete control over our education system from the bottom all the way to the top. 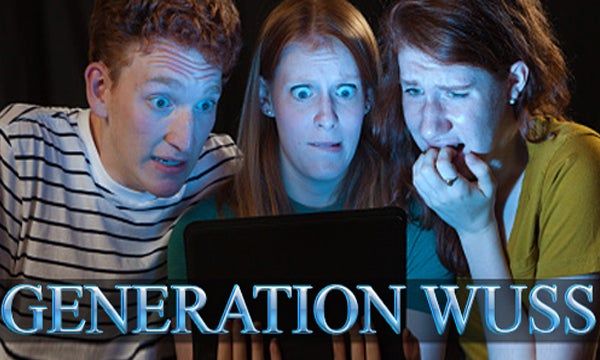 RUSH: It does, you’re right.

CALLER: And why? Why is that the case? It seems that nothing has been done about that.

RUSH: Well, leftists are activists. This is a strategy, Kevin. Liberalism, communism, socialism, if you want the answer to that, you really have to do — you don’t need to go too deep — a peripheral study of Marxism. And you’ll learn that Marxism, leftism, liberalism, they have long-term strategies for taking over and controlling whole populations. It is their objective.

It is about denying individual liberty and creating a collective with a top down command-and-control government and economy. Conservatives are individuals and not activists at all, and so there is no such strategy to bend, shape, and form a country.

RUSH: And we are back now with Kevin in Green Bay who has just graduated from university, becoming a teacher, and he’s asking how the left has ended up with total control of education. What you’ll learn, Kevin — and I’m gonna give you a little brief overview here because it will be helpful for everybody — Marxism is what has seduced American liberals — well, liberals worldwide, communists, all leftists.

The fundamental purpose of Marxism is the total control of a population under the belief that individualism and free markets lead to great disparities and inequalities and injustices and unfairness. Now, this is the outward appeal. Marxism is evil, and Marx knew it, but the appeal that seduces people is its justice and equality and fairness. What they don’t tell you is the equality is spread equally to the point everybody’s miserably equal and miserably the same.

But the key to education that you’re asking about, ever since Marx, leftists have known that the simplest, direct way to controlling a country is via education, the news industry, and health care. Those three things. If you, as a leader or as a member of a leadership organization can succeed in taking over those three things where only kids, young people, only learn what you want them to learn, they learn how horrible freedom is, how unfair capitalism is, how mean-spirited, all of this, how wonderful equality and egalitarian is. Whenever there is a communist invasion or revolution, the news outlets are the first things seized and then the schools and then health care.

Now, conservatives, on the other hand, they don’t want to control anything. We believe in individualism, self-reliance, rugged individualism, and we trust people that in free markets and free circumstances they will do the best to improve themselves and their families. We want as few controls on them as possible. We love everybody, and we want the best for everybody, and we believe people should be free to use whatever talent and ambition and desire they have to achieve whatever they want.

We recognize there’s gonna be winners and losers. The communists say that’s not right. There shouldn’t be any losers, and they set about trying to create circumstances where people think nobody will lose. But everybody loses under communism. They eventually have to build walls around countries to keep people in, as in the Berlin Wall.

So they make it an objective to control education, because that’s how they control minds, that’s how they control countries, that’s how they control populations. We conservatives, on the other hand, we don’t like to control anybody, and we’re not even activists. We just leave people alone. We figure if everybody has the same morality and the same set of values and is focusing on the same basic human things using God-given human freedom, that things are gonna work out fine. That’s what this country has demonstrated is true, and that’s being protested this very day. It’s not fine; America’s unjust, unfair, and all these things. That’s the fight we’re in the middle of.

CALLER: It’s just concerning because I see so many people my age and younger who are just buying into the liberal philosophy that’s being taught to them in education and —

CALLER: — children are so vulnerable.

RUSH: It’s easy. It’s easy, Kevin. I’ve always said that liberalism is one of the most gutless choices you can make. All you have to do to be acknowledged as a good liberal is to see suffering and tell people you see it, and that will convey you have a big heart and that you care and that you’re troubled. Also, these people, without exception, these young people you’re talking about, how many of them think that they’re victims of something?

RUSH: They all do, right?

RUSH: They’ve all been taught they’re victims of something, and it’s usually something to do with America’s unfairness.

RUSH: Well, that’s part of the plan. Once you convince people that they’re victims, you really own them because you’ve just told them that whatever problems they have in life, it’s not their fault. And then you’re telling them they can’t fix them by themselves. Look at your life. Your life sucks. You’re a victim of these people here, you can’t fix it. You need us looking out for you. “Us” being the Democrat Party in this case, the people that go out and get votes.

It’s hideous, Kevin. I’m glad you’ve spotted it. You’re 24. It is all about control. Look at what’s happening on campuses for free speech. They’re literally, literally limiting what people can say, under the guise of preventing people from getting hurt feelings. They are limiting constitutionally protected speech to save people from being offended or hurt. And so, denying people freedom is portrayed as a wonderful thing. That’s how they seduce people.

And then these people eventually become warriors for the cause, social justice warriors, and they begin espousing beliefs and everything that they have been propagandized. And it just cycles this way. So your 24-year-old buddies, they probably got the first dose of this at home. It starts even in kindergarten now and day care.