The Southern Poverty Law Center Is a Hate Group

RUSH: This says Chris in Powell, Ohio. Great to have you. How are you doing?

CALLER: Hey, Rush. First I want to say God bless you. Thank you for your voice out there.

CALLER: We all need it.

CALLER: Well, and the other thing is, this is another one of those “you are so right” calls. You talked about, well, first, the power of the Constitution and what it does. One of the other things you’d mentioned that I had looked up earlier this week. I went to the Southern Poverty Law Center where they keep track of the “race hate groups” in the country. I looked up the statistics on, you know, how many Klansmen that are left in the country. Right now, they track that there are less than 8,000 members of the KKK left in the country.

CALLER: You know that there used to be more than four million of ’em, and we know that what destroyed them was the Constitution. What destroyed them was the First Amendment, the fact that they were allowed to speak and real Americans just walked away from ’em. Because we didn’t make a fight, we didn’t all stand on bottles back and forth and turn it into bloodshed and stuff like that. Americans just don’t like ’em! 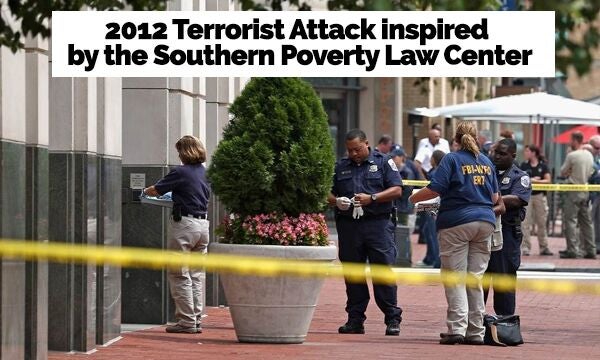 RUSH: That’s indisputable. It’s a great way to look at it. The First Amendment was a factor in the Klan being disreputed and disrespected. Absolutely right.

CALLER: Exactly, and this is just it. That’s exactly also how it works. This is why your audience went from what it was to 26 million. It’s the same way, because what you’re talking about is what America is attracted to, does want to hear about, and goes to. You can look over the last couple generations and know what it is that America really wants. So today when you’re talking about where is the crowd of people, really? Why is it that people aren’t walking away from Trump based on this and walking toward Trump based on that. It’s because you’re right, inside that echo chamber that those people believe inside the Beltway, in the media, they actually believe the stories that they keep a echoing, but it’s not true.

RUSH: They do. And that is why they’re losing elections. They believe their polls, like Hillary was gonna win. Like they’ve got themselves convinced that a majority of Americans really hate Trump after Charlottesville, and the polling data — from NPR, no less! — disputes that. But you mentioned something here I cannot let go. You mentioned, you quoted the Southern Poverty Law Center. And nothing wrong with you. I mean, what you quoted for them is right. But let me tell you something.

The Southern Poverty Law Center probably is this guy that shot up the Republicans at the baseball practice. I have in and out that the Southern Poverty Law Center is on the group of websites that those wackos on the left look at every day. It’s a dangerous, dangerous place. It is as partisan leftist as anything. The Klan can’t hold a candle on these people! What Chris was referring to here in the beginning of this call, I made the point earlier in the program that all of these so-called Alt-Right groups don’t have enough power to change anything in this country.

They don’t have any real power. But the Southern Poverty Law Center does because it’s universally supported and amplified by the media, and so does Occupy Wall Street, and so does Black Lives Matter, and so does this Antifa group. They have real power. But there aren’t enough Alt-Right people to win anybody an election. They don’t have the power to do anything to anybody, and yet they’re being portrayed here as the number one obstacle to a decent and just America. It is an absolute outrage.

Now, I don’t have time to repeat this, and even if I did, I wouldn’t. But I want to ask you, folks, if you missed the first hour of the program — ’cause what I just said will be placed in context a little bit better even than I did here. I had a monologue in the first, say, 45 minutes of the program. It took 45 minutes to go through the whole thing. If you have time over the weekend or later today, go to RushLimbaugh.com — even the free side you’ll be able to see this. But it’s a heartfelt explanation of what I think is really going on with all of this.

Aside from get Trump, which is in the top of the list of objectives, what they’re really trying to do — and thank God they’re failing, according to the latest polling data. What they’re trying to do is to persuade millions of Americans that America itself is so unjust and illegitimate from the days of our founding that it isn’t worth defending. It’s that despicable. That’s the objective here, and they are being aided and abetted by the fact that American history is so ill-taught.