Why Are Tillerson and Cohn Still Working at the White House? 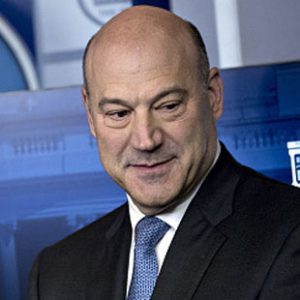 RUSH: Tillerson and Gary Cohn. I’m asking, “Why are you still working in the White House?” with what they’ve been saying, particularly Cohn. Tillerson, ah, open interpretation. But how is Gary Cohn still there? He threw the president under the bus.

They got rid of Sebastian Gorka, and they’re destroying Gorka with an absolute libelous, slanderous attack that the guy’s a Nazi and so forth. None of it’s true. I know, many people never heard of Sebastian Gorka until Trump became president. He was on the national security team, supposedly H. R. McMaster didn’t like him, I don’t know, but he was good on TV, and Trump liked him on TV, but he’s gone. In his resignation letter he really takes it to Trump. He says, look, pal, everybody that was part of your Make America Great agenda is gone. Do you realize this? The only people left are the Democrats in the swamp in your administration.

RUSH: All right. I didn’t mean to tease you, folks, because I am gonna get to this stuff. I’m gonna get to Gary Cohn and Tillerson and why are they still there — and I’m not just casually asking that. I mean, both these guys have said things that were I president, I’d have serious questions.