The Federal Spigot Is Open in Texas!

RUSH: Yesterday on the program, we had the vice president with us. It was about this time, and I want you to listen to how his appearance here was characterized pretty much all over the media. We have as our example Fox News Channel from Neil Cavuto’s show yesterday. He spoke with John Roberts, the White House correspondent, and here it is…

ROBERTS: With so many people — it could be a half a million or more — who will be in desperate need of FEMA assistance to rebuild their homes, will there be enough federal money? Today, speaking to Rush Limbaugh, the vice president insisted that there will be enough money. And speaking to the Oval Office just a short time ago, President Trump said he will go to Congress if necessary to get the money required to help all those folks out in Texas who need it so badly. 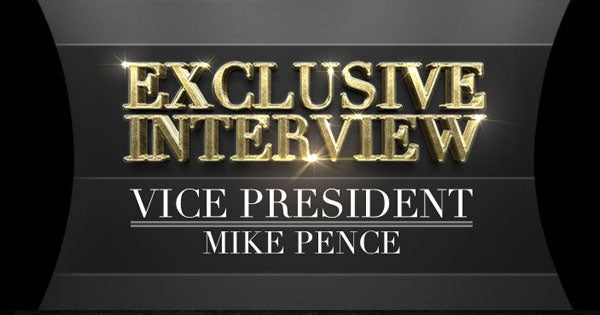 RUSH: I just have to make the observation here, folks. I mean, the headline from the vice president’s appearance on this program yesterday was what? That the federal spigot is open! “Don’t worry about it. We’re gonna have the money.” That’s how you show you care, in the modern presidency. And that’s why Pence made the point. He knew the media was gonna be listening and, if they didn’t hear that (pshew!), all hell would have broken loose. We also spoke about insurance yesterday and the very convoluted nature of flood insurance.

And whether or not you have it — and, whether or not if you have it, it pays off. (chuckles) And it all… For example, if a tree falls on your house and breaks a window and you have flood insurance, then you might qualify if it breaks a window and water gets in. If a tree falls in your front yard and misses your house and you still get flooded because rain happened and you have flood insurance, you may not be paid off. It’s convoluted as it can be, and this is gonna just add to the nightmares for people, most of whom don’t have rain or water — flood — insurance anyway. It’s a federal program.