RUSH: Here’s Matt in Bellingham, Washington, as we head back to the phones. Welcome, sir. It’s great to have you here with us.

CALLER: Rush, it’s quite the honor. Rush Revere and Two If By Tea dittos. My point, I’m surprised, I’m seeing all the news, and I haven’t seen anybody make a connection to see if football’s in this guy’s past. 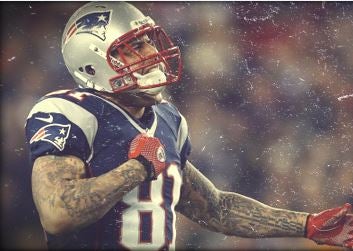 RUSH: There’s another one I wish I’d have thought of. You’re talking about CTE. You’re wondering if this guy might have suffered concussions in a previous part of his life, right?

CALLER: I mean, there’s Hernandez. Why haven’t they thought of this right away to go look at this?

RUSH: Well, that’s a good point. I have to say I don’t know if anybody knows if he played football or has suffered any concussions. The reference to Aaron Hernandez, Aaron Hernandez, 27 years old, was serving life sentence for murder at a prison that’s actually not far from Gillette Stadium. It’s in Walpole. It’s where Mickey Donovan went to prison on Ray Donovan. That’s how people talk about things, where fictional characters go. “Yeah, that’s where Mickey Donovan got out of jail in episode 1.”

So this is an attempt to exonerate the guy in death and also come up with an excuse for his actions which might mitigate his guilt in any civil proceedings that might be enacted against his estate by families of the victims. So our caller here, “Hey, Aaron Hernandez, 27, how many years did he play in the NFL, in high school and college? He had CTE. Anybody looking at the shooter’s background?”

Again, this is using the left’s own reasoning in other areas and turning it right back on ’em. When we take a break here at the bottom that’s coming up shortly, I want to get to the audio sound bites that we have to show you some of the hysteria about this that exists on the left and where they think the blame is and what they think the solutions are.