RUSH: I want to get started on the phones here. Still much to touch on as the program unfolds. This is Richard, Buena Park, California. Great to have you, sir. How are you?

CALLER: Rush, good to talk to you. Longtime listener, first-time caller. Hey, I wanted to talk to you about something that nobody else is talking about. This is pure speculation on my part. This is, you know, something that I, you know, come to conclude. But what if this guy, the shooter, the Vegas attacker might have had similar motivations as the James Hodgkinson’s attempted assassination of Steve Scalise at the congressional baseball game? I’m not hearing anybody talking about that. The speculation of the ISIS terrorist, that’s been thrown out the window. But that’s my thinking. 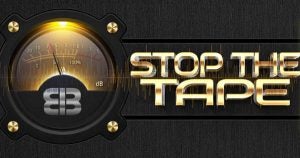 RUSH: I don’t want to burst your bubble, but a lot of people are talking about this angle that the shooter was a leftist taking a shot at Trump supporters because these are country music fans. Folks, the people advancing this theory, interestingly, are leftists, and they’re doing it to criticize Trump. Leftist media people are saying, “You know, the people at this concert are a bunch of country people. You know who they are, right? A bunch of Trump voters.”

Well, there’s a lot about country people that the Democrats don’t like. They vote Republican. Many of them are Christian. They like the flag. They love Lee Greenwood, for example. They don’t like much of what the left stands for. The left thinks of country music fans as no different than slave owners in the old antebellum days, NASCAR drivers, NASCAR fans. They hold their nose when they think about this.

So the guy targeting country music supporters in some leftist views is somebody attacking Trump voters. And so just like our caller here, people are speculating, this guy must have been a Democrat or a leftist angry at people that elected Trump, and so he starts mowing ’em down. Now, before you start cackling, here’s audio sound bite number nine, Jeff Zeleny at CNN. He’s a former reporter for the New York Times, and he was on a program called At This Hour. This is from yesterday, but get this.

ZELENY: Las Vegas is a town that he is connected to and knows well. His name is emblazoned on the top of the hotel there as well. He campaigned there a little. Something else I think to keep in mind. A lot of these country music supporters were likely Trump supporters. And this is something that of course is hitting the tapestry of all Americans and they’re going to be victims from across the country here.

RUSH: What would you call that but bigotry? Identity politics has gone off the rails to such a degree that Jeff Zeleny at CNN identifies the concertgoers as Trump supporters. Now, what Zeleny went on to say was that the reason that matters is that Trump knows that the people at that concert were probably his supporters, and so the theory is that Trump is gonna care more about Las Vegas because they were his supporters that got shot, as opposed to caring about other things.

This is out there in the Drive-By Media. The reason Trump was somber, and the reason Trump attempted to make people sound like he cares. Oh, yeah, the media is not giving Trump any props for his remarks yesterday, saying he faked it, had to rely on the prompter, said that’s not who Trump really is, and if he dares go off prompter he’s not gonna be able to keep up this act of grief. They’re saying that Trump’s grief is not real, it’s an act, ’cause he really doesn’t care.

Then this guy comes along, wait, those are Trump supporters that got killed and Trump may end up caring about this more than, say, Puerto Rico because it was his supporters. And in Puerto Rico they’re all Democrats. So Trump probably doesn’t care. They’re saying these kind of things, folks. And late night comedians are saying these kinds of things, or will. Trump, meanwhile, is in San Juan. He landed there today.

RUSH: Great example, by the way, of what is meant when I say the left politicizes everything. Jeff Zeleny at CNN, and he’s looking at a country concert in Las Vegas, and automatically politicizing it by assuming everybody there is a Trump fan because they’re country western hayseeds and hicks. You can’t escape it. You cannot escape the left’s attempt to politicize everything, primarily for the purposes of being derogatory toward people.

RUSH: What would happen if an incident occurred at a rap concert and a bunch of Republicans said, “Well, you know, everybody in there is a Democrat voter. Everybody attending is a Democrat voter.” And then started making some political comments on the incident based on that observation? What do you think the reaction would be?

But, no, here the Democrats, the media can theorize that the crowd was all Trump supporters, and that’s why Trump cares more about this than he does San Juan, Puerto Rico. It’s why he cares about this more, why he really got somber and really looked like he was grieving, which he was faking, because it’s his supporters that got shot. Just incredible.

RUSH: Jerry, Flagler Beach, Florida. Great to have you, sir. How are you?

CALLER: Thank you, Rush. I wanted to tell you that this morning on Fox News they had a forensic psychologist that actually kind of made my point. I told my wife the moment I heard about this that I bet anything, with the age of the guy, he’s just an angry man who is acting out like the guy that went into the softball field after the Republican softball team.

And that’s exactly what this forensic psychologist said, you know, the guy, he’s too old to try to make a name for himself. He’s a man of means, he had the money, he had a lot of time to plan it out. He picked his victims because they seemed, you know, it appears would be the reprehensible people who needed to be taught a lesson, so to speak.

RUSH: Wait, wait, wait, hold it a minute. This is what the forensic psychologist said?

CALLER: Yes. This was his number one conclusion that he’s believing that this is exactly where it’s gonna come down to because of a variety of factors that he talked about, but that was kind of the short scenario of it.

CALLER: Well, if he’s thinking that they’re Trump supporters who, you know, love country music, a bunch of rednecks —

RUSH: Okay. You actually heard a forensic psychologist on Fox today say that this was a political shooting?

CALLER: He said that that’s where he’s leaning to, that it looks the most logical aspect from his experience of dealing with why people go out and commit crimes, particularly of this type of nature. And, you know, I mean, it makes perfect sense to me. That was my first inclination altogether. And then you just had the segment about the news media people have basically been pointing this same thing out. They’re actually hoping that that was it. And it all drives down to —

RUSH: One person, a CBS executive, said she thought these people deserved it. The other media person of name and repute that’s pointing it out is Jeff Zeleny of CNN, formally the New York Times, and his point was that Trump is gonna care more about this disaster than any others because it was his voters that were shot. I mean, that’s the presumption here.

I haven’t heard anybody announce a theory for this, forensic psychologist or not, but you’re the second guy who’s heard somebody compare this shooting to the lunatic that shot up Steve Scalise and the Republicans practicing baseball. I don’t have any idea. There’s all kinds of theories that have been espoused, brought forward to explain this, because everybody’s dying to know. Nobody can fathom doing this.

There’s not a single one of us that can fathom having 40-some-odd weapons and modifying a couple of them so that they fire rapidly and then gunning down as many people as we can see out of a hotel room. We just don’t do that, so what would make somebody want to do it? And I’ve always cautioned, it is very, very risky to start analyzing irrational people from your rational point of view.

Irrational people are tough to figure out if you’re not a professional, ’cause you start applying your own worldview to things, “I would never do this. What would make somebody do this?” And if you’re not irrational to begin with, not to the degree this guy of us, you’re gonna be flailing away and guessing. But I appreciate the call very much, Jerry.

CALLER: Hello, Kemosabe. I’m responding to the gentleman that called in from Vegas that was under fire during the episode yesterday.

CALLER: I just wanted to make the point to the listeners that our men and women in the service and our policemen, they face this type of thing every day, and it’s about time this country shows more respect to these people. They come home from fighting and they’re injured. They try to forget what they’ve seen. This young man that saw this in Vegas, he’ll never forget that the rest of his life, being shot at. So that’s my two cents, Rush.

RUSH: That’s actually a good point. Not only he’ll never forget being shot at, he’ll never forget seeing the carnage, never get those pictures out of his mind. But, you know, you have a really, really good point. Law enforcement and military combat people face this almost every day, and they have to find ways to get past it every day. They have to find ways to try to live normal lives every day, despite living their lives the way they do.

They do it for reasons that go way beyond what they’re paid. And they often are not — in fact, not only are they not shown respect, they are under attack frequently by political forces in this country, which are almost always from the left, attempting to impugn them and mock them. So, yeah, that’s an excellent point, Paul.