CALLER: It’s the first time I’ve ever called a radio show in my life, but instead of yelling at the radio, I figure I would call. The left is constantly blaming the weapon, the gun, for creating all of the problems that we have, all the death and destruction. But Hollywood gets absolutely no blame for all of the death and destruction and the glamorizing they do using firearms, weapons, guns, knives, murder, mayhem. They get absolutely zero blame for any of the destruction that goes on —

RUSH: You know, you could accuse Hollywood of promoting smoking too. There’s not a movie or TV show around that some character’s not constantly lighting up, and it’s made to look cool, just like the violence is.

CALLER: Yes, sir. And I think that, you know, I don’t listen to radio maybe as much as I should, but I wish that some of the conservative folks would start bringing up the point every time they want to blame the gun for violence, I think that they ought to say we ought to check home and quit making all these murderous movies — 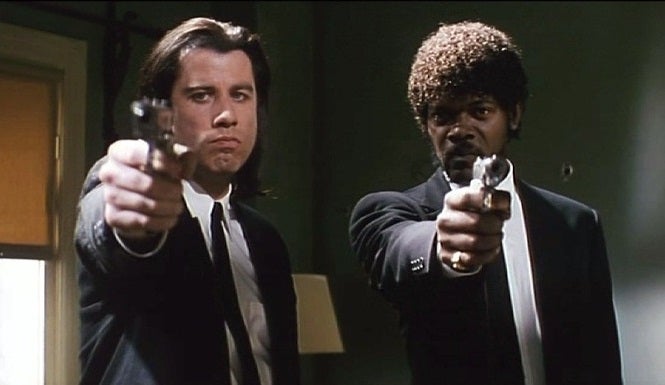 RUSH: Ray, let me tell you, I’m glad you called. It’s great that you did. It’s fabulous to hear from you, but you say you don’t call or listen much. You need to know that this is a point that is routinely brought up by people, and when it is, Hollywood constantly rejects it. I mean, the first notable instance of this, Algore’s wife and James Baker’s wife I think it was, back in the nineties actually testified before Congress about all of this.

And Hollywood said, “That doesn’t influence people. This is just entertainment. People know that.” And then something else will happen where they will claim credit for the good behavior that people see in movies and try to emulate. So it’s great to have you here. Hang around, Ray.