RUSH: Richard Burr, the United States senator from North Carolina, had a press conference today. He’s the chairman of the Senate Intelligence Committee. He had some remarks today and it continues to boggle my mind. This is about the Trump-Russia collusion story that these clowns are still investigating, they are continuing to call witnesses. It’s been so long since we discussed this, I need to set this up with a bit of an explainer beforehand.

The Trump dossier, a completely fabricated, made-up series of supposed intelligence items about Trump, they were made up by a company called Fusion GPS, which is a company that’s done work for Hillary Clinton and the Democrats. It was put together in conjunction with a British intelligence officer and assisted by the Russians. And it’s totally, totally made up. There’s nothing in it that is true. And it is the Trump dossier that contains the story of the golden showers.

The golden showers, supposedly Trump was staying in a five-star hotel in Moscow. He was staying in the same suite that Barack and Moochelle (My Belle) Obama had once stayed in. And so because of that, Trump supposedly hired some prostitutes to show up and urinate on the bed, and that’s why it’s called golden showers. This dossier had been circulating for months and months, many, many months, all over Washington. Everybody knew it, everybody saw it. Nobody ran with it because none of it could be verified, none of it could be confirmed because it was made up.

Trump was told about it, which is what made it news. James Comey and a couple of intelligence people decided to tell Trump about it. When Trump openly said as a candidate, “I don’t need a daily intel brief. I’m smart. I have a good memory. I don’t need to talk to these guys every day,” that didn’t go over well. The intelligence people think that they are the first line of defense against bad guys. They work very hard producing the intelligence brief every day. They think the president ought to see them first.

And so in their efforts to persuade Trump that they need to talk to him and he needs to talk to them, they created this dossier. And it wasn’t presented to him not as fact, but as an example of the kind of outrageous stuff that’s out there that he needs to be aware of. And they were hoping that this would convince him to take meetings with them every day. Nobody in the news media would run with it, but BuzzFeed, a left-wing hack site, political hack site, decided to do it.

They got so frustrated, they decided to run the whole thing in toto with all kinds of caveats. They said, “We can’t confirm any of this. We can’t verify any of this. But we think it’s so important, you need to know.” Well, that’s all it took. Once BuzzFeed put it out there, then all the rest of the Drive-Bys could report on it in any way they wanted, which happened. But the worst aspect of it was that that memo, the Trump dossier it turns out, formed the basis of the entire investigation. And, my friends, I’m not exaggerating on this.

A totally fraudulent, filled-with-lies, made-up dossier — even the word “dossier” is used to make it sound sinister and official. Dossier. It’s just a white paper. It’s just a report. It contains all of these fabrications and lies. But by virtue of James Comey showing it to Trump, that also qualified as making it news, and then opened the floodgates, permitting the Drive-Bys to report it.

One other aspect of this. We have since learned that Brennan, John Brennan, who was the Obama director of the CIA, when he saw it, he believed it, and he admitted that it formed the basis of the CIA investigation into whether or not Trump colluded with the Russians. It’s fake. The whole thing is made up! It is unreal. The thing should have had a life span of 30 seconds.

Now, all of this is a prelude and a setup for the Richard Burr sound bite, again just now, just this afternoon in Washington, chairman of the Senate Intelligence Committee at a press conference. Here’s a little of what Senator Burr said.

BURR: As it relates to the Steele dossier, unfortunately the committee has hit a wall.

RUSH: Stop the tape. Stop the tape. He’s calling it the Steele dossier because that’s the name of the chump who made it up. This is the British intel guy. I think it was MI6. And it’s not even a report. It’s a series of memos written by Russians, probably Russian agents who essentially dictated it to this guy, Michael Steele, Fusion GPS. So what’s his name here, Burr is referring to the Trump dossier as the Steele dossier, but he’s talking about the same thing. Okay, here, we try it again. 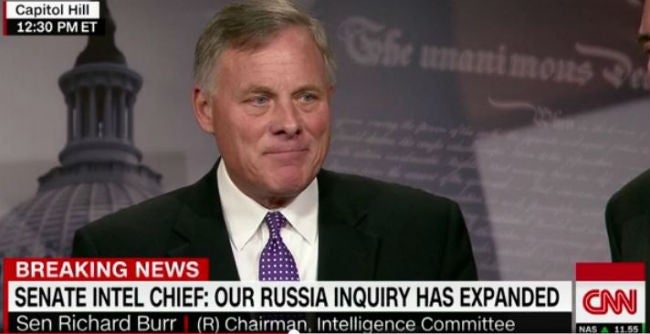 BURR: We have on several occasions made attempts to contact Mr. Steele, to meet with Mr. Steele, to include personally the vice-chairman and myself as two individuals making that connection. Those offers have gone unaccepted. The committee cannot really decide the credibility of the dossier without understanding things like who paid for it, who are your sources and subsources? We’re investigating a very expansive Russian network of interference in U.S. elections. And though we have been incredibly enlightened at our ability to rebuild backwards the Steele dossier up to a certain date, getting past that point has been somewhat impossible.

RUSH: This is incredible! By the way, his name is Christopher Steele. This is incredible! He’s essentially saying we’ve hit a wall. We can’t find anybody to talk to. Because they made it up, Senator! There aren’t any sources, Senator! There aren’t any subsources. It’s a work of fiction! You may as well call Nelson DeMille in and ask him about it. Well, Nelson DeMille’s got — I just finished his book last in my, The Cuban Affair, and Cuba is a place I’d like to go because of cigars. And — well, political aspects too.

He’s with Simon & Schuster now, which is our publisher at Revere. And they sent me a copy of the book way, way back in the summer. It didn’t go live, wasn’t released ’til sometime this fall. I have the e-book version. I read it in iBooks. And it’s the first book in a long time I couldn’t put down. It’s a flat-out novel. And it’s DeMille at his best, charm school best, the gold coast best, and it was just entertaining as it can be. It’s not heavy reading, but it was just fun. It was really, really great. And I just finished it last night.

It is a waste of resources. We have much serious threats out there, very serious threats, bad people that want to do very horrible things to us. And they are wasting their time on this, on a false premise to begin with, that the election was stolen by the Russians. There isn’t any evidence. And yet here we are, we are now into our tenth month of the Trump administration with no evidence of this, tenth month of the Trump administration, five months beforehand that they started this, there’s literally nothing. 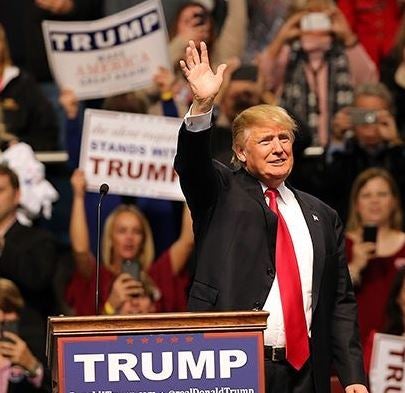 I’m serious, call Nelson DeMille and subpoena him and have him come in and tell you how fiction is created if you want to get to the bottom of this. I happen to know that Nelson DeMille would love to get that subpoena. Anyway, this stuff ticks me off. You know, we’re now into the area of surreality. And these people, Senator Burr — look. Do you guys not know how you sound here? I mean, just this whole sound bite is incredible (doing Burr imitation), “We can’t get a hold of Mr. Steele. We’ve offered to meet with Mr. Steele. Committee can’t really decide the credibility of the dossier without understanding things like who paid for it.”

Try the Democrat Party, Senator! Try the Hillary Clinton campaign. Go to the usual suspects here at who paid for it. You know, call any Democrat, ask Al Franken who paid for it. Tell him to send somebody a letter and investigate that. But this is outrageous. It’s comical at the same time that these guys — does Burr not know, do these clowns not know that this thing is made up? Or do they know it’s made up and are fearful that if they don’t appear to be uncovering every stone, every rock, that people are gonna think the investigation itself was rigged?