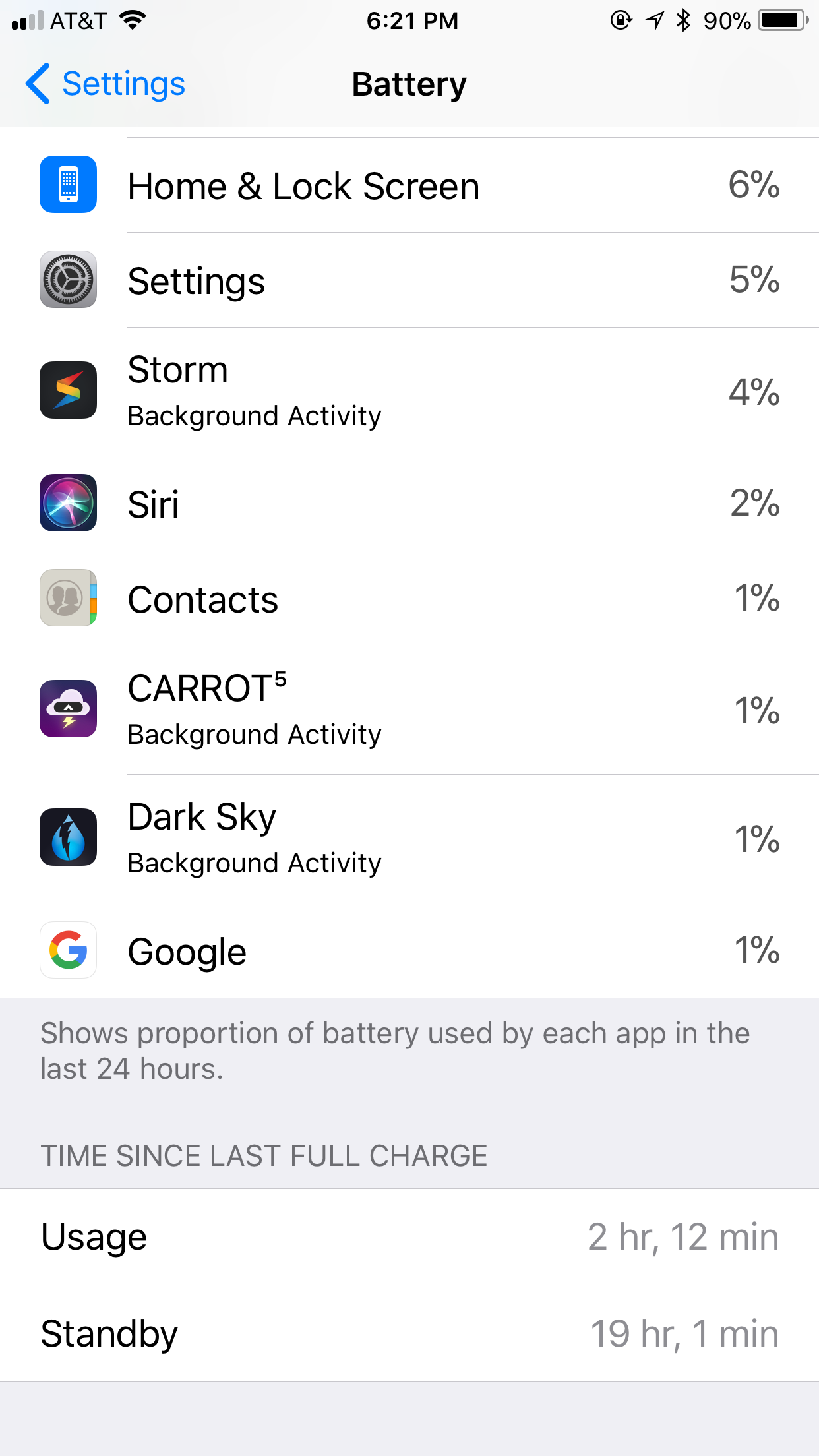 Now, it’s hard to do, because you need to use your phone, but this is the simple best test that you can use to find out if you have a renegade app that won’t stop running or if you have a Wi-Fi connection that won’t close. There’s any number of things that can churn or bleed battery. And you can’t really get an idea by using it because the battery is supposed to deplete when you use it.

So I take the phone, I set it aside, fully charge it, and I have everything normal. Whatever apps I run in the background, they’re on. You know, however I normally use the phone. I don’t put it on airplane mode or anything and I test it. And I have never had a phone perform this well.

Let me just tell you what the readings are. You go into settings, battery. I have 95% left on the battery, 95% charge. It has been on standby for 14 hours and 27 minutes and has been in usage an hour and 25 minutes. That is ideal. You can’t really do much better than that. That means there’s no renegade apps. There’s no connection that’s not broken that would drain the battery. It means the cell connection, the cell radio is shutting down and not working, as it should in standby.

Fourteen and a half hours, battery is still at 95% — I haven’t used the phone, but this is how you test it, only an hour and 26 minutes of usage. You’re not gonna get any better than that. And then as I use the phone it depletes the least I have ever seen. I think it’s all because of this new processor they have that’s the most efficient one.