Bret Baier Show Discusses Trump vs. Corker — and Your Host

RUSH: Now, ladies and gentlemen, to Special Report with Bret Baier yesterday on the Fox News Channel. On this program yesterday, we had some sound bites from Robert Corker. And, you know, Corker says that the White House has become an adult day care center. I saw a woman who is a member of Congress. Her name is Black.

She had a great line today. She said, “No, the Senate has become the adult day care center, not the White House.” Corker yesterday admitted it. In his pique — whatever he’s upset with Trump about — he admitted that 52 Republican senators have no intention of moving the Trump agenda, no intention whatsoever. Their objective is to thwart and stop Trump because Trump isn’t fit.

Didn’t say it in those exact words, but said that Trump’s embarrassing. It is an adult day care center. And this was in relationship to the news that Trump was being countermanded each and every day and that his orders were being countermanded by Tillerson, the chief of staff Kelly, H. R. McMaster, the intelligence chieftain, Homeland Security is also involved. I intended to have an explanation of that yesterday. Time ran out. I’ll get into that today.

But, anyway, the point I made yesterday was that Corker’s now given it up. Corker has given up the ghost, and Bret Baier played that sound bite and got panel reaction to it. This is again the All-Star Panel on the Special Report with Bret Baier, Fox News, late in their program last night. 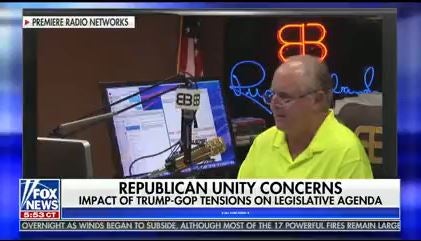 BAIER: Here is Rush Limbaugh on this battle today.

RUSH ARCHIVE: Bob Corker here has revealed exactly why none of the Trump agenda is ever going to get through this Senate. This to me confirms every instinct I’ve had that it’s not the Democrats stopping Trump, it’s the Republicans. They simply cannot abide an outsider coming in and taking over their turf, and, in the process, they have to portray the outsider as a total dunderhead and a fool and an idiot.

RUSH: And, at that point, Baier then turned it over to his esteemed panel, the All-Star Panel for reaction. He went first to Mara Liasson from NPR, said, “The president tweeted about Corker today saying that the New York Times set Corker up and made him sound foolish. That’s what Trump’s dealing with. Does this affect the agenda at all, Mara?”

LIASSON: It could. Bob Corker is the chairman of the Senate Foreign Relations Committee. He would be in charge of confirming anybody who replaces Rex Tillerson if Tillerson goes away. He’d also have a lot to do with any kind of Iran deal addendum if that’s what we’re heading for. He’s also on the Budget Committee. He has a lot to do with tax reform.

All of those things are really important to the president. Why he’d pick a fight with somebody we know that when he’s insulated or feels he’s insulted he likes to hit back 10 times harder. I don’t think that because of this spat in Twitter Bob Corker would, in a fit of pique, not support the president’s agenda, but it makes you wonder what the president thinks he’s trying to accomplish. 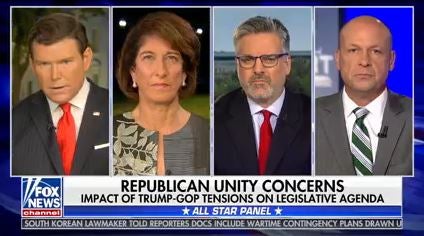 RUSH: Wait a minute, Mara, that’s exactly what Corker said! She said, “I don’t think that because of this spat in Twitter that Bob Corker would, in a fit of pique, not support the president’s agenda.” Mara, that’s what he said. Not just him, 52 others. I mean, he laid it bare yesterday, and it was in a fit of pique because of this Twitter rivalry that’s going on with Trump. And who picked the fight with who, by the way? Who started this Twitter fight? Was it Corker? I thought so. It was Corker that started this with the adult day care center. I mean, Trump’s not gonna sit there and take that. So two things here that she said that I don’t know that she’s hearing things right.

Up next is Tom Bevin, Tom Bevan at Real Clear Politics. He’s the cofounder and publisher. And after Liasson wonders what Trump’s trying to accomplish in his feud with Corker, Tom Bevin said…

BEVAN: The split within the party is growing wider and wider. Trump has no compunction about attacking establishment Republicans like Mitch McConnell or Bob Corker on Twitter in public. This is only gonna grow wider as we head toward the 2018 elections, and I think it could cause Republicans some problems.

RUSH: You think? You think? No. It might cause incumbent Republicans a problem, but there are people attempting to deal with that problem by the time 2018 comes around. By the way there’s a story here at TheHill.com: “McConnell Scrambles To Soothe Conservative Anger Over Slow Judicial Confirmations.”

Now, I wonder what the excuse here is. I just got this. I haven’t read this except the headline. “Senate Majority Leader Mitch McConnell is attempting to assuage the concerns that conservative activists have raised as late regarding the languid pace of judicial confirmations.” 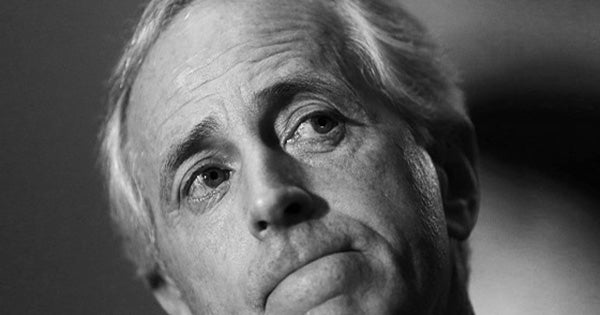 It tells how many vacancies there are. Well, this thing, like much of journalism, gotta read more than halfway through it to get to the point, which I don’t have time to do now. I’ll do it during the break. But apparently McConnell is attempting to tell these conservative groups it’s not his fault. It’s probably Democrats’ fault. He wants everybody to believe. Anyway, finish that in a minute.

There’s one more bite in this rotation and that’s Stephen Hayes who was on the All-Star Panel. And after Bevan said, “I think all this could cause Republicans some problems. I think this split, this tiff could cause ’em sop problems.” Stephen Hayes from the Weekly Standard then weighed in.

HAYES: Bob Corker was one of the early normalizers of Donald Trump. He supported him early, he said good things about him when other people were concerned about it. And just a few weeks ago he was saying that there was no daylight between he and Trump. Take what he’s saying now with a grain of salt.

RUSH: Oh! Oh! The Weekly Standard is a Never Trumper publication. And so Hayes is saying (imitating Hayes), “This is all smoke and mirrors. Corker was one of Trump’s early supporters. This tiff right now is probably not real.” Well, if it’s not real, then what’s the objective?