RUSH: Let me ask you another question here, folks: It’s a pop quiz. Which candidate in the 2016 presidential election took millions of dollars from Russia? The answer is Hillary Clinton. The fact that TheHill.com provides the correct answer to that question is astounding, but the fact that Hillary Clinton isn’t under intense scrutiny by a special counsel is equally astounding and is deeply troubling. 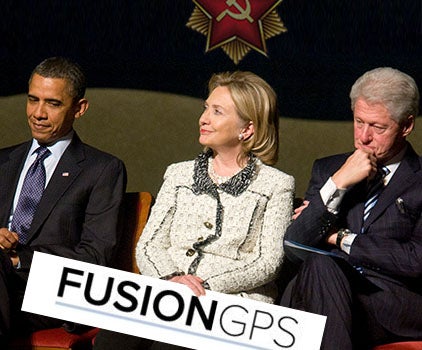 There’s a great column in the Wall Street Journal by Kimberley Strassel. It’s all about the Fusion collusion, the controversy over Fusion GPS and the fact that the Democrat Party is going out of its way to protect them. When that’s the real collusion, that’s the real perhaps criminal activity that went on in the 2016 presidential race. None of it involving Trump. It all involves the Democrats. Fusion GPS, they wrote the Trump dossier. And the Democrats are doing everything they can to shield these people from having to testify before Congress.

RUSH: I have another pop quiz question. Do you think Donald Trump would be impeached if he had received millions of dollars from Putin front groups, if he had given away uranium, if he had shut up a whistle-blowing FBI agent, and if he had colluded with Republican opposition research companies? Do you think Trump would be impeached? They would already have had him impeached. That is exactly what has happened with the Democrats and Hillary and Fusion GPS, and they’re trying tried to cover that up — including the Democrats on the House Intelligence Committee.