RUSH: Here’s David in Charlotte, North Carolina. You’re next, great to have you with us.

CALLER: Thank you, Rush. It’s an honor to talk to you. 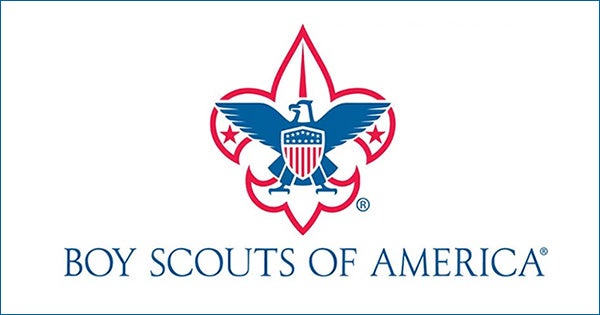 CALLER: I have a 9-year-old son, and my wife and I have him in a private school because we don’t want to indoctrinate him into the failing public schools system and what not. So we sacrificed to do that. Now this week we had the conversation in Cub Scouts. He’s in the Boy Scouts of America, and they’re considering bringing girls into the Boy Scouts of America system. My initial reaction was, “That’s some left-wing activism trying to get at our children at another direction.” And I’m hoping that I’m wrong and that it’s actually, “We have siblings. Let them come play, too.” But what is your feeling on that?

RUSH: (sigh) When I first heard this, what I think has happened — and I don’t know the specifics, and I don’t know the people involved here. So you have to allow that I could be dead wrong about this. But I think, in a general sense, what’s happening is that the left is using the power of the media to pressure and bully a bunch of heretofore traditional American or conservative organizations — and I think it’s working.

CALLER: I believe it’s definitely going to be in the Cub Scouts. And I think it’s going to be both, from the research I’m doing.

So they go out of their way to prove that they’re not: “Hey, look at me, hey, look at us, we’re going to let girls join the Boy Scouts and Cub Scouts now.” Now the reaction, “What about the Girl Scouts? What are they supposed to do now? Are they going to admit boys?” That will be a fat chance. Not until Harvey Weinstein is a troop leader will that happen.

RUSH: (laughing) I wonder if I’ll be condemned for that comment. (Chuckling) Well, is your son nervous about this?

CALLER: He didn’t know what to think about it. One of the other parents who has a daughter asked the kids when the leader had stepped out. He didn’t know what to think. Another boy in the troop said that he didn’t want girls there. But as a parent, I’m the one that’s concerned, because we don’t have them in the public school because we don’t want that indoctrination and this is another avenue that they can use —

RUSH: I understand your sensitivity to that, because on the surface it appears like that may be a factor. I was a Cub Scout once, I forgot the age — was it 7, 8, 9 years old?

CALLER: Yeah, he’s 9 now and he’s in the last stage of Cub Scouts.

CALLER: No, he plays with girls in his class. He doesn’t have a problem with it yet.

RUSH: Some boys at that age don’t want anything to do with the girls. They haven’t yet matured and seen the light. It’s just, ick, girls? No, I don’t want Barbie dolls hanging around me.

CALLER: My son is well balanced. He reads two levels above his grade. He’s a pretty sharp cat.

RUSH: I wish I could offer you more definitive on this, but I frankly haven’t seen anything more on it than what the original story was, which I don’t even remember if it’s Cub or Boy Scouts. But I think you’re right, it’s Cub Scouts admitting girls. I have to chalk it up to somebody buckling under pressure. Although I didn’t know that there was any pressure being exerted on the Cub Scouts to admit girls. Maybe that happened below the radar. I don’t know. But to me it’s unnecessary. It’s unnecessary and the Boy Scouts, Cub Scouts are not discriminatory.

You don’t see Republicans standing up to these people. You tell me another Republican that would stand up and call that whacko congresswoman an open barrel and send her to the Urban Dictionary looking for the definition. Didn’t even know what it was. She had never heard the term. The usual occurrence is that somebody on the left acts outraged and the Republicans immediately, “No, no, no, we’re sorry. No, we didn’t mean it.” And these people in the Trump regime, they’re just standing right up to it. They’re not buckling to any of it or not much that we know of.