I Wish I’d Had the Guts to Predict This on the Radio!

RUSH: You know, I wish I would have predicted this last week, because I knew it was coming, but I didn’t have the guts. I’ll tell you right now: I did not have the guts to predict it. I wish I had the guts because it’s now made the news. I told some guys out in LA when I was out there last week, but I did not mention it to any of the local staff here, and now it’s happened, and it’s… (chuckles) Folks, it’s just mind-boggling as to what we are becoming, or what certain aspects of our country and culture are becoming. 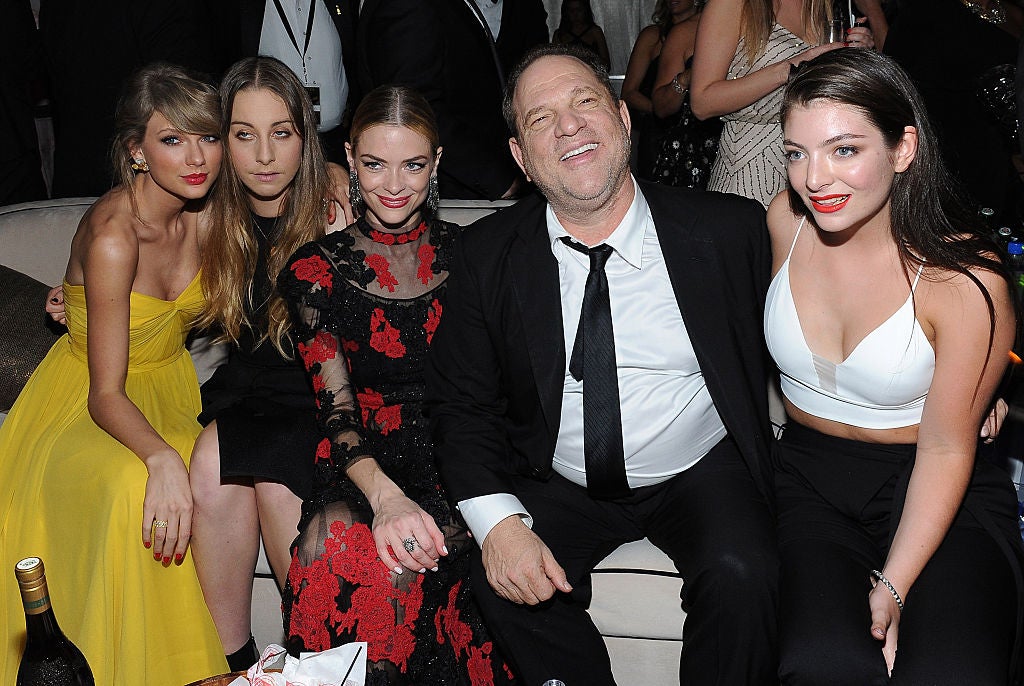 By the way, did you see Senator McCain was on The View? I heard he was a guest. I thought he had joined the cast. He’d fit right in! Greetings, ladies and gentlemen. Welcome. Rush (hee-hee-hee-hee-hee-hee-hee-hee-hee-hee) Limbaugh here at the Excellence in Broadcasting Network. It’s 800-282-2882. Okay. Here is the headline, and this is from BuzzFeed. Now, folks, this is… If I were to read the whole story to you, I would have to give you the usual warnings. “I’m gonna count down from five and turn the radio off.” There’s a lot of obscenity in this and I’m not gonna read it. It isn’t necessary.

Here’s the headline… Again — again — I mentioned just to a couple people, not even in the LA radio studio. I mentioned at the event that I went to the other night that I had to fly out there for, and I didn’t have the guts to predict this on the air. Here’s the headline: “There’s An Elephant In Harvey Weinstein’s Hotel Room —

“Buried beneath the sickening story of Harvey Weinstein’s abuse is another story — the problem of casting women by” how much you want to make love to them (that’s not what the story says) “and who that leaves out.” (chuckles) What do you think this might be about? (interruption) No, no, no, no, no. No, no. It’s… (interruption) Let me sum it up for you. There aren’t any black women that made the trek to Harvey Weinstein’s hotel suite; therefore, in addition to everything else this is, it’s racist. This illustrates and demonstrates the problem of African-American women being cast in Hollywood.

Because if the casting couch is the route — and if no producer wants an African-American actress on the casting couch — then there is casting couch racism. The elephant in the… (interruption) Well, there was Lupita Nyong’o. So there was… But that’s one versus how many of the…? (chuckles) I had not intended to… Folks, this just cleared five minutes before the program began. I was gonna start with tax cuts here. But I saw this; I said, “Damn! I predicted this.” It’s one of these instances where I was cracking a joke about the left and how they operate.

It’s another one of these instances where it came true. “The elephant in the room in discussions about the alleged crimes and misdemeanors of Hollywood film producer Harvey Weinstein looks eerily similar to an elephant of the past. It is the race elephant… In Hollywood, where both racism and sexism are rampant, what can look like a sort of mitigated blessing ends up highlighting another insidious problem in … Hollywood: Black women do not often come up for the kind of prestigious roles…”

Let’s put this another way. If part of Harvey’s harem, if a proper percentage had been African-American, there would not have been a complaint about that. But Harvey, in addition to the reprobate that he is, also is a racist because he wasn’t inviting African-American women (laughing) to his hotel suite or his cabana or his shower or wherever else. Who is it that sees things this way? It is always the left. It is always the left looking and noticing skin color and surface characteristics. Here’s the bottom line:

(interruption) No, no, no, no. It doesn’t make me feel sorry for Weinstein. (laughs) I just… I’m sorry. I can’t help but laugh at this, and I know full well that while I’m laughing at it, a certain percentage of people this country think, “This is deadly serious stuff and has deep meaning and it’s typical that somebody like Limbaugh would be laughing at it.” When I don’t even think this way. This is last thing I think, other than to crack a joke about it last week in Los Angeles.

“[T]he narrative coming out of Hollywood right now is about the victims who have come forward with allegations specifically against Harvey Weinstein, and that list is largely made up of white women. This is worth remarking upon,” says BuzzFeed, “not because it is odd, but because it is decidedly quotidian (sic), considering who is permitted to be in the room at even the lowest levels of the industry.” So black women, they were shunned again. 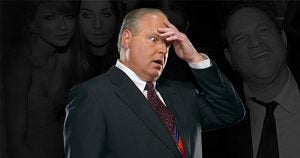 Don’t start is cracking jokes about this. I guarantee you do, the next day we’re gonna get a story: “Weinstein Guilty of Hate Crime Not Inviting African-American Women,” and it’s not gonna be long before Hispanics get in on this now. James Toback. James Toback is 72 years old, diabetic, probably wears maxi pads, probably can’t… It’s crazy. Thirty other women have come forward and accused James Toback. (interruption) What do you mean, “What’s going on out there?” You mean what has been going on out there!

You’re not stunned by any of this, are you? (interruption) Snerdley is expressing shock at the volume of this kind of stuff.

RUSH: By the way, if you missed the opening of the program, I have to mention this again. BuzzFeed news has a story today that Harvey Weinstein was racist in his sexual abuse and in his sexual harassment because there weren’t any African-American women invited to his hotel room to be abused. BuzzFeed says (summarized), “This is evidence of casting racism in Hollywood. It would have been better if Weinstein had had some African-Americans brought up there to sexually abuse and accost, because that would have meant that there’s less racism in the hiring in Hollywood.”

And I am not making this up. It takes a certain kind of sick leftist to take an event like that and look for racism in it. Yeah, one of the great unspoken truths of the Harvey Weinstein — the great elephant in the room — is that Weinstein was a racist abuser, because he didn’t abuse any black actresses. It’s like black actresses should be offended that they weren’t also invited up to Weinstein’s hotel suite. What kind of…? (sigh) What kind of weirdo do you have to be to see things this way?