The Establishment Still Doesn’t Get Trump — But Laura Ingraham Does

And the reasons for it are people are wising up and they hate Trump, and they see Trump’s approval numbers as not very good, and the anger at the Republicans and so forth. And they are interpreting all this as Democrats winning the House back. What are they missing in all of this? There isn’t any affection for the Democrats. There is no clamor for Democrats to return to power. But the media thinks there is, or will be. And the Democrat Party — in its arrogance and in its condescending way — is beginning to believe that the country wants it back, because they’ve got themselves convinced that everybody else thinks of Trump and the Republicans the way they do. 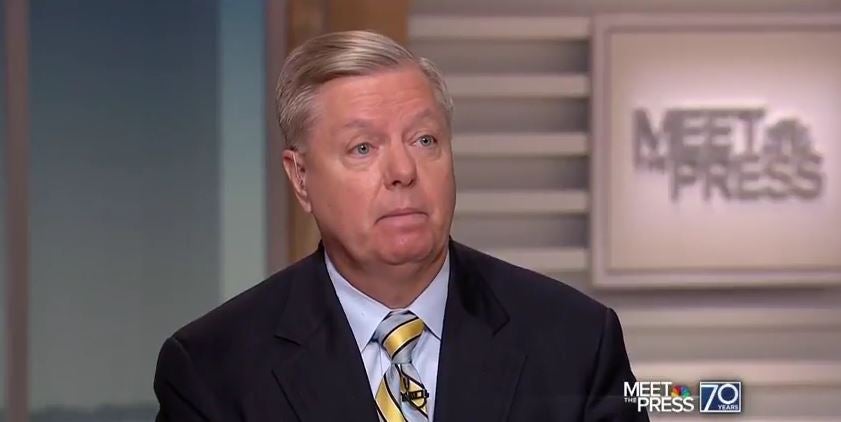 They still have no idea why Trump really won. They still have no idea why they continue to lose elections. In fact, grab audio sound bite number six. Lindsey Grahamnesty, senator from South Carolina, was on Meet the Depressed yesterday with F. Chuck Todd. F. Chuck said, “You were tough on Candidate Trump. In fact, I think right before you got out, you called him a race-baiting, xenophobic, religious bigot. You heard what President Bush said in his speech. So where are we now?”

GRAHAM: Well, he won; I lost. President Bush is still popular in the Republican Party. But Donald Trump couldn’t have won without rejecting the last 16 years, really, when you think about it. There were a lot of people like Bush running in our primary, and all of them got creamed. And Clinton was not the greatest candidate, but if President Obama was what the American would want — wanted — to continue, then Trump wouldn’t have won. So I’d say to both former presidents… I admire President Bush a lot. President Obama. I don’t think any of us get why Trump won.

RUSH: Well, now, he’s on to something. He may be further fellow ahead of the game than… Hey, James, do me a favor. Would you look up the title of Laura Ingraham’s book that just came out? Because she has… I’ll get this title to you. She has a new book that is excellent. What it does is provide a very comprehensive history of conservatism in our lifetime. It goes back to the Goldwater era — and, folks, I’m gonna tell you: Even though you have lived through it all… Well, some of you have.

Billionaire at the Barricades.

Laura Ingraham: Billionaire at the Barricades. 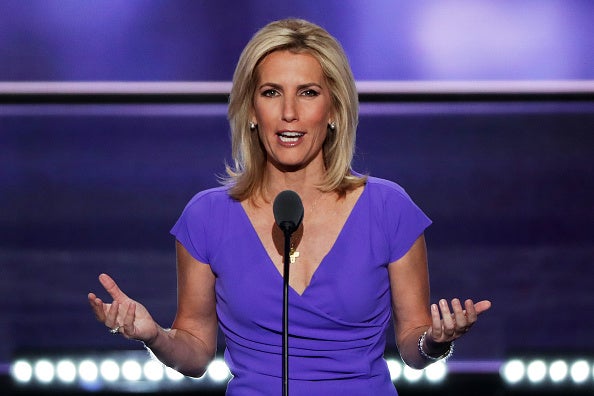 Even though you have lived through a lot of or some of this, reading this book will remind you how much of it you have forgotten. She starts with the history of conservatism starting with Goldwater, and what she does among other things is she lays all the steps out chronologically that led to Donald Trump, that we didn’t elect Donald Trump last year, that Donald Trump’s not the product of just the Obama years.

In fact, that Donald Trump is the product of the Republican Party trying to force establishment candidates down everybody’s throat, like McCain and like Romney, and she zeros in on the eight years of George W. Bush as having been devastating to the conservative movement. It forced conservatives into a necessary position of defending because Bush was under constant assault but that Bush and his administration really didn’t have a whole lot in common with conservatism.

It was more establishment Republican Partyism. To a certain extent, she’s right about this. There has been a — and I tell you, Bush’s focus on immigration and his unrelenting desire to get it done. I mean, there’s a great passage in the book where she makes the point that Bush would go anywhere in the world to defend the borders of a foreign country — such as Iraq or Kuwait or you name it — but he wouldn’t defend the borders of the United States. 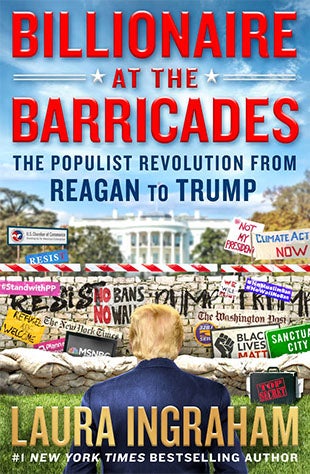 The point is that nobody — nobody — was picking up on what was happening. What was happening was age-old traditional Republicans/conservatives were tiring and growing weary and then getting resentful of the entire Republican Party apparatus. It just didn’t happen in 2015. It didn’t just happen during the seven years of Obama. It has been building and building and building ever since Goldwater and the Republican establishment made it clear it wanted no part of conservatives. It didn’t want any part of Goldwater, and it didn’t really want any part of Reagan.

Her book is Billionaire at the Barricades. It’s Laura Ingraham.

RUSH: You know, let me sum up the book by Laura Ingraham in one sentence. You really had to boil this thing down. Billionaire at the Barricades. It is summary and analysis of how, in Laura’s opinion, the Republican Party has shafted its voters for decades. That’s really because the voters are conservative. “Shafted” may be a strong word, but you get the drift.