Are Bill and Hillary About to Get Harvey Weinsteined?

RUSH: Some of the best names of cities and towns in this country are in Arizona. It’s great to have you, Mark. How are you doing?

RUSH: (sigh) Well, I think as a general principle, the image of Hillary Clinton behind bars is one we will not see. I just don’t see it. However, I have a caveat here, and I did address this earlier. I don’t think the timing of these things is coincidental. There’s a reason why somebody blew the lid on the Clinton campaign and the Democrat National Committee. This is not the current leadership. This was Debbie “Blabbermouth” Schultz. She is not there anymore. The Clinton campaign and the DNC and this hoax, this Trump dossier, or this made-up thing…

By the way, I need to emphasize again, folks: This is not just politics-as-usual.

RUSH: Now, on this Hillary and — well, there’s gonna be charges, investigations. Look, we’ve been down this road so many times with the Clintons on investigations that never happen that I don’t even go there anymore, in terms of expectations or hopes. What I do know is that there are serious people with now positions of power that run congressional committees in the House and Senate that are going to look into this. In fact, I am not… I wouldn’t be surprised if Mueller is looking into this. You know, this investigation was impaneled without a crime. 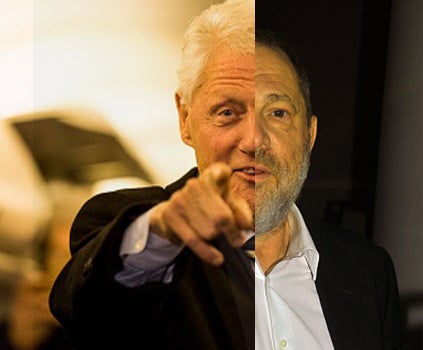 So he can find whatever there is to find, and this is clearly suspicious. So I think… I’m holding out possibility and it can happen, but the way I’m also looking at this is that it’s not a coincidence that after 30 years… Folks, Harvey Weinstein’s been doing what he’s been doing for 30 years — and he, at the same time, has been one of the most powerful fundraisers the Democrat Party. He has been inseparable with Barack Obama and Michelle. He’s been inseparable with Bill and Hillary, and especially Bill.

Now the New York Times runs a story on Harvey Weinstein, and it’s over, and that story opened the floodgates, and now Harvey Weinstein’s finished. And he’s not gonna be close to anybody in politics. He’s not gonna be anybody’s chief fundraiser. Now, there’s a reason this happened. They held onto this for 30 years. Remember the reaction everybody had to this: “Everybody knew! Everybody knew — except Matt Damon and Clooney.” For some reason Matt Damon and Clooney didn’t know and now they’re asking themselves how in the heck they could have missed it.

They’re so confused! They can’t figure out how they missed it all (and they’re making fools of themselves in the process). So, after barely a month here of wall-to-wall “Harvey is a reprobate” stories, all of a sudden we have the Washington Post dropping the dime on Hillary and the DNC responsible for this hoax that Trump colluded with the Russians. Now, the question you have to ask: Why would the Democrats want to get rid of Harvey Weinstein? Why would the media, which runs the Democrat Party…

The media is the power behind the Democrat Party right now. Whoever made the decision to get rid of Weinstein, why? Was it about to pop and it was gonna be so embarrassing to Democrats and they wanted to get out in front of it and be the ones appearing to discover what a reprobate he was and get rid of it? But they wanted him gone. They don’t want him associated with the Democrat Party any longer for whatever reasons, and I think the same calculation’s been made about the Clintons.

Somebody somewhere has determined that we gotta get them out of the picture. “I mean, she won’t go away! She keeps writing books, keeps doing this, keeps doing that. She’s hurting us! She’s not letting us move forward. She’s not the face we want anymore of the party.” If they’d a gone away — if they’d just trekked back to Chappaqua and have their fun with the Energizer and Hillary have her fun with whoever — then everything would have been fine. But she won’t go away, and they want her gone, and they think they’ve done everything they can to pay her back.

The primary objective is to get rid of Donald Trump, to ruin Donald Trump, to force Donald Trump out of office and to also send a signal to anybody else who might try what Trump did: “Don’t. Because what we’re doing to Trump, we could do it to you.” So there’s a lot tied up in getting rid of Trump. Now, if you’re gonna get rid of Trump, and you’re gonna use certain techniques — if you’re going to rely on certain strategies to get rid of Trump — then it seems to me you better not have anybody on your side who’s guilty of the same kind of stuff, otherwise you’re just open to charges of hypocrisy.

So if you’re gonna get rid of Trump on the basis, “Well, he’s unfit, and he’s dishonest, and this and that,” well, my gosh, you’ve got somebody on your side that’s every bit of that and more, and that’s Hillary and Bill Clinton. And they’re tied to Harvey Weinstein, which they can’t hide. So, I mean, it’s just a wild guess, but maybe one of the reasons why they are trying to get rid of Hillary is to make sure they don’t have any hypocrisy problems or other related problems as they continue to go after Trump. But it may not even be that convoluted.

It may just be they’re sick and tired of her, and she won’t take the cue to go away, and she continues to try to dominate and be the face of the Democrat Party, and they’re fed up with her. They’re just… She’s worn out the welcome. They don’t like her anymore. They’re just not into her anymore. We’ll see. But something’s up, otherwise he wouldn’t have dropped the dime on Weinstein and they wouldn’t have done what they’ve done here exposing Hillary as the (chuckles) agent behind the hoax of the entire… This Trump-Russia collusion has been 99% of the effort to get rid of Trump, and they have just effectively admitted that the whole thing was a hoax, that for a year they’ve been pursuing things that didn’t happen.

They obviously want to get rid of her very badly.