Jeff Flake’s Exit Is What Draining the Swamp Looks Like

RUSH: You know, I was just watching CNN during the break, and they think they’re on to something. Trump at his presser — which is what it was. It was an impromptu presser. He was out there for 15 minutes on the lawn of the White House before boarding Marine One. I think he’s headed to Texas. Anyway, the infobabe at CNN, Brooke Baldwin, was a little sad because Trump was happy. In their world, Trump ought to be falling apart. In their world, they should have Trump in the padded room now wearing the straitjacket, medicated so that he’s just sitting there slobbering. 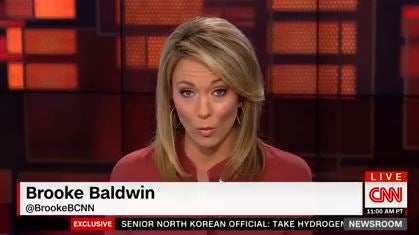 They think they’ve pretty much destroyed Trump and worn him out. So he shows up, and he’s having the greatest time and he’s smiling and he’s laughing — and poor Brooke is just having trouble with it. And the thing that he said that had her the most shaken was when he said, “Yeah, the Republican Party’s got a lot of unity right now,” and she has two guests discussing how stupid Trump is for thinking that there’s unity in the Republican Party.

The reason Flake is leaving is ’cause he can’t win reelection. Jeff Flake is barely polling double digits in Arizona, as an incumbent. So he’s trying to blame that on Trump. Poor Jeff Flake cannot win reelection. So he decides that he’s had enough, he can’t any longer subject himself to the kind of just debasement to politics that his part is now supporting. He just cannot any longer stand idly by and let this kind of terror and horror happen, and so he’s leaving.

What that means is: He can’t win reelection. So he goes to the floor of the Senate with “a fiery speech” blaming Trump. The Drive-Bys love it ’cause to them that’s Republican disunity. I see it as Republican unity. I see it as Trump doing what he said he was gonna do. He’s draining the swamp. And I’ll tell you this: The more Flakes the better. This is what draining the swamp looks like, folks. It was never gonna be pretty! You think draining the swamp is simply getting rid of the deep state embeds? It’s not just that. It’s getting rid of a bunch of RINOs.

Let’s go through Flake’s voting record, shall we? Jeff Flake presents himself as this dyed-in-the-wool conservative, does he not? He campaigns as a conservative just like the vaunted Senator McCain does. But something happens, like it does to practically all of these people. After the campaign and win reelection, they then show up in the swamp and promptly forget those things they said. A guy named Jason Johnson, who worked on the Ted Cruz campaign (or maybe in Cruz’s office) put together a little list here in response to Flake’s pathetic floor speech yesterday.

Jason Johnson says, “1) Tempting to comment on Flake’s floor speech. Instead, offering context on his view of ‘governing’ by highlighting a few of his votes,” because his speech yesterday was all about how he can’t stand aside anymore. He can’t stand silent anymore. He simply cannot allow any of this to go on! So he’s gonna quit. He can’t, in good conscience, let somebody so unfit and so barbaric and so whatever he thinks Trump is to sit there.

“9) Flake was one of 11 Republican senators who voted to confirm Janet Yellen. 10) Flake voted for the Ryan-Murray budget which lifted spending caps & raised fees (taxes) in exchange for promises of future spending cuts,” which, of coruse, never happened. “11) Flake voted for the Gang of 8 amnesty bill,” and yet when he’s campaigning out there in Arizona, he doesn’t campaign for amnesty, does he? 12) Flake voted for the post-Newtown gun grab. 13) Flake voted AGAINST The Defund Obamacare Act of 2013 (S.1292). …

“15) Flake preferred John Kasich over Cruz or Trump in the 2016 GOP Primary. 16) There’s more, but why bother. He has the right to say what he said but these votes and more” are why he is leaving the Senate. The people of Arizona know! You know, there’s a great story here. Let me see… I have a great, great story, and it actually runs at CNN. It is a column by Mark Bauerlein, who is “a professor of English at Emory University, senior editor of the journal First Things and author of ‘The Dumbest Generation: How the Digital Age Stupefies Young Americans and Jeopardizes Our Future; or, Don’t Trust Anyone Under 30.'”

Mark Bauerlein. The headline of his piece: “Why Conservatives Aren’t Buying Sen. John McCain’s Trump-Bashing — There is something the media must remember when it breathlessly reports on prominent Republicans speaking out against President Donald Trump.” Something the media must remember? Well, to remember it, they would have to know it, and I don’t think they know it. But we’ll grant them the benefit of the doubt and assume they do know it and just forget it. “Sen. John McCain’s recent criticisms, for example, are news, yes, and so were Mitt Romney’s and Paul Ryan’s and [all the other Republicans] in the past.

“They deserve to be reported. But viewers and readers of this kind of news, especially longtime conservatives who voted for Mr. Trump, receive this news in a particular way. They remember. When it comes to Romney, [for example, conservative voters] remember 2012 and the image of him destroying President Barack Obama in the first debate, then settling back for the rest of the campaign, [twiddling his thumbs], believing he had it all sewn up.”

They remember Romney not defending himself against Harry Reid’s charges of cheating on taxes, not paying taxes, or some employee’s wife getting cancer. They remember Romney being critical of conservatives and trying to buy them off by saying that he was a “severe conservative.” Conservatives remember the phonies! “And with John McCain, conservatives recall every detail of the ineptitude and waste in the 2008 election. [Conservatives] know stories of the infamous ‘economic summit’ that Sen. McCain pressured President George W. Bush to hold in the midst of the economic crisis of summer 2008…”

“But when he steps to the front of the Trump critics, the content of his words fades and the fact of defeat stands out.” People remember that McCain lost, that McCain practically gave it away, that McCain was obsessed with being more critical of his own side than of Obama — and these are the things that the media never remembers. The media doesn’t even have any idea how conservatives see Romney or how they see McCain.

He writes here, “It is hard for liberals to understand this kind of dismay from conservatives over such failures [candidates like Romney and McCain] precisely because Democratic figures led by Barack Obama and backed by progressive entertainment and media worlds have made them think they have history on their side. Every time a Republican loses, liberals take it as a sign of the times, not just one loss for the time being. John McCain’s 2008 fiasco didn’t leave conservative voters thinking, ‘Well, it was a good fight, and we’ll get ’em next time.’ 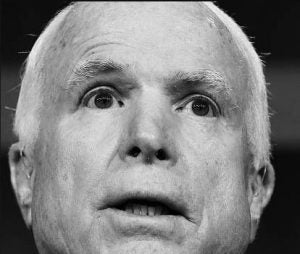 “No, they thought, ‘Something is wrong with the Republican Party.’ The Tea Party sprang up soon afterwards. When John McCain and other Republicans berate and chide President Trump, they go after a man who won,” while they couldn’t win diddly squat! Trump’s “supporters don’t forget, either,” and American conservatives don’t forget that all of these holier-than-thou critics of Trump and his behavior and his mannerisms haven’t won diddly-squat themselves — and, in the process, have been more critical of their own party to curry media favor!

This guy’s point is: The media doesn’t see any of this. They don’t understand any of this. So when McCain is not universally popular among Republicans as he is in the media, they think something’s wrong with Republican voters, simply because they don’t have one ounce of commonality with Republican voters. The piece goes on. Example here: “On Monday, [McCain] appeared on The View alongside his daughter, Meghan McCain, a new co-host on the program. It was a pleasant conversation, at times solemn, and Sen. McCain refused to turn it into a Trump-bashing session.

“Liberals watched it and likely found this old statesman a noble and lovable politician. But conservatives [watch it and] can’t help noting the inconsistencies. Sen. McCain chastised the administration for not providing Congress with information about military adventures abroad, but he didn’t note the problems Congress had in getting answers out of Susan Rice” or Samantha Power. In other words, Republican voters remember that McCain goes after them and their own party, but that he doesn’t go after Obama and he doesn’t go after Hillary, and he doesn’t go after the real enemy. But the mainstream media has no ability to even see any of this.

So they remain totally blindsided and confused by it.