RUSH: Now, Trump. He was on the White House lawn today, and he was talking about the dossier and other things. Let’s just hit the sound bite. 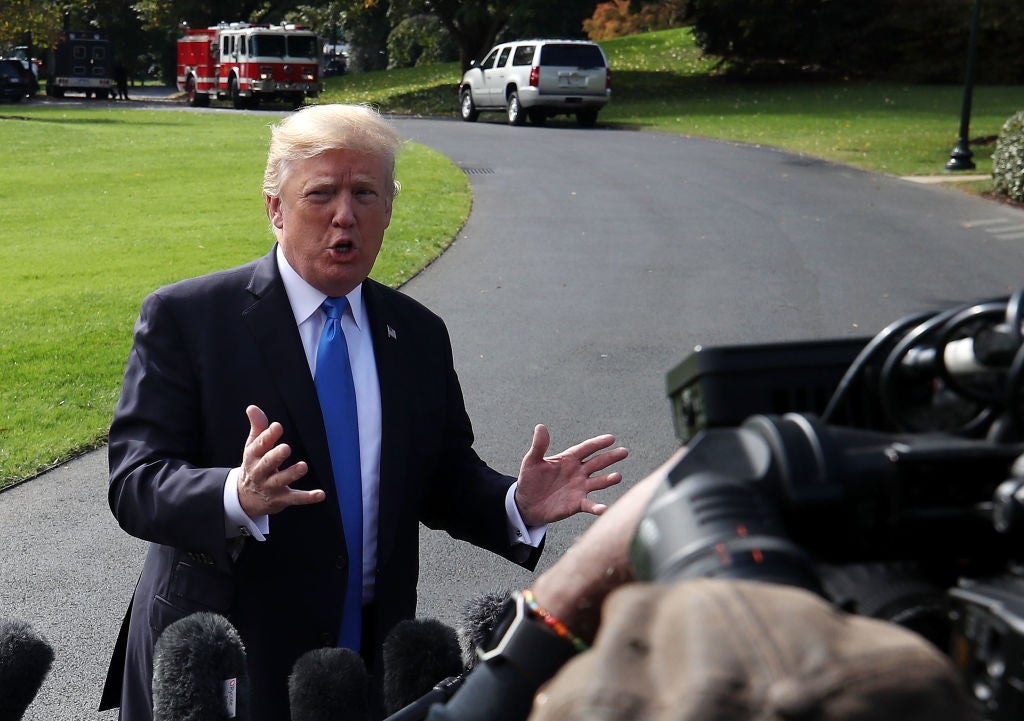 THE PRESIDENT: This fake dossier. It was made up, and I understand they paid a tremendous amount of money — and Hillary Clinton always denied it. The Democrats always denied it. And now only because it’s gonna come out in a court case, they said, yes, they did it. They admitted it, and they’re embarrassed by it. But I think it’s a disgrace. It’s just really… It’s a very sad… It’s a very sad commentary on politics in this country.

RUSH: Boy, is that understated. Is that understated. I know where that comes from, by the way. That’s probably from Jared Kushner advice there on how to deal with this. “It’s just a very sad commentary on the politics in this town.” I’ll tell you who really we owe a lot for having this be revealed is Devin Nunes. Devin Nunes forced this. When Trump talks about a court case, Fusion GPS is in court and they’re refusing to answer questions, and they’re refusing to explain who paid ’em and all that.

And they’re gonna be forced to answer at some point, and it was gonna blow, and so the Clintons are getting ahead of it. But you can’t look at what’s happening to the Clintons without also examining what’s happening to Harvey Weinstein. We have perhaps the most prolific fundraiser and donor for the Democrats in the last 20 years literally thrown overboard by the New York Times, literally thrown to the sharks. He’s done. He’s over. And now Hillary? You can’t look at these two without lumping them together. I honestly think Hillary and Bill are gonna get the Harvey Weinstein treatment before not too long, and I’ll tell you why when I have more time.

Here’s the next Trump sound bite.

THE PRESIDENT: I think the uranium sales to Russia and the way it was done — so underhanded with tremendous amounts of money being passed — I actually think that’s Watergate modern age.

RUSH: Yeah, that is, but so is this dossier. Sorry. So is this phony opposition… So is this lying, salacious document! I mean, it’s Watergate on steroids. Trump is really reserved here in that first bite. Here’s more, though, from Trump on the dossier.

THE PRESIDENT: The whole Russian thing is what it’s turned out to be. This was the Democrats coming up with an excuse for losing an election. They didn’t know what to say, so they made up the whole Russia hoax. Now it’s turning out that the hoax has turned around, and you look at what’s happened with Russia and you go to the uranium deal and you look at the fake dossier? So that’s all turned around. They say it began with the Republicans. I think I would know, but I won’t say. Hillary would have never announced it was them except for this great court case that’s going on where the judge was going to reveal it. They’re very embarrassed by it. It’s a disgrace. Yes, it might have started with the Republicans early on in the primaries. I think I would know, but let’s find out who it is.