Democrats Must Demonize to Survive

RUSH: Folks, there’s a lot of postmortems starting to be written by Democrats. Well, actually they’ve been written. They’re increasing in volume. You know, what went wrong? Why did Hillary lose? Because now that the Russia thing is vanishing — and it is — there are now other opinion pieces being written, and the latest one is from a guy (I forget his name) who says (paraphrased), “The Democrats have gotta get off this racial identity stuff. 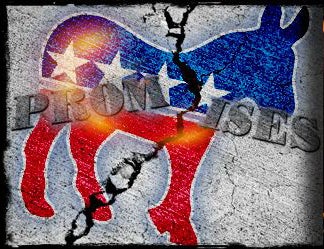 “We gotta stop dividing people. We need to go back to class warfare. We need to get back to class warfare if we’re ever gonna start winning elections again,” meaning: “We gotta start pitting people against each other economically instead of racially and with gender!” But no matter how you do it, the Democrat Party still believes the way they can win, the only way is to pit groups of Americans against each other. The Democrat Party simply doesn’t have it in itself to promote a national unity.

They are always gonna need demons.

They’re gonna need bad guys to blame everything on as a means of convincing people to vote against Republicans and conservatives, because what the Democrats ultimately admit is that they do not have enough reasons to offer people to vote for them. This, to me, represents yet another great opportunity the Republican Party has, because the Democrats can’t be honest about their agenda, they can’t be honest about why they want people to vote for them, so they have to demonize. But this identity politics and pitting people against each other on sexual ID, sexual orientation, racial makeup, all this? It’s destructive. It’s tearing them and everybody apart, and it’s not promoting harmony in any way, shape, manner, or form.