RUSH: Sal in Lafayette, Louisiana. You’re next. Great to have you here. What is this about liberals and fantasy football? How are they changing it?

CALLER: Well, Rush, my problem is — first of all, mega dittos.

RUSH: Thank you, thank you.

CALLER: I’ve been listening to talk radio since before you came on, back in the early eighties. But, anyway, back at that time I was the assistant commissioner of the Cajun football league, which is fantasy football owners and everything, and prior to computers, we did everything by using the box scores, you know, and just touchdowns and field goals and safeties —

RUSH: You know, this is fascinating. Because in 1979, 1980, Inside Sports, now defunct, came out with a story on fantasy football and I and five other guys at the Kansas City Royals formed the PFL, the Paper Football League. I was the commissioner. We had to do the same thing. We had to wait for box scores every Monday before we found out who won. And it was a blast. I know exactly what you’re talking about.

CALLER: Yeah, I was, like I said, the assistant commissioner where my duties were to do the scores and check with the commission to make sure my scores matched with his, and then we put the scores out. But, today, you know, now I’m in a Rotary Club. I’ve been in Rotary Club for the past, you know, 10, 20 years, but we started up a fantasy league, and I was the commissioner until I resigned this year.

I couldn’t do it anymore ’cause I had too many people complaining that — this is a group of you conservative guys in our club, vote conservative and everything, but they screamed and hollered at me because I was only giving them points for their touchdowns and field goals. I wasn’t giving them their tenth of a point for every yard that they gained, you know, like they get in other leagues. And I was like, “Oh, I’m sorry. Your runner ran for a hundred yards, did not score a touchdown, but yet you want 10 points for that.” (laughing)

RUSH: Well, now, wait a minute, though, was that the rules they set up for their league or were they trying to change your rules?

CALLER: In other leagues. They were trying to change mine because other leagues were giving a point for every 10 yards you ran, you know, even if you didn’t score a touchdown.

RUSH: You can set whatever rules you want in fantasy football to make it interesting. My league was like yours; you had to score a touchdown. There were no defensive points. We did have points for kickers, but not extra points. Had to be field goals.

CALLER: No, we give one point for that extra point.

RUSH: That was considered automatic.

CALLER: If he kicked a 50-yard field goal, we didn’t give him an extra two points.

RUSH: Oh, we did. Absolutely, see, this is my point. Every league can make up its own rules. If you want to give points for every tenth-of-a-yard run, rush, go ahead. The point is you had rules they came in and tried to change. 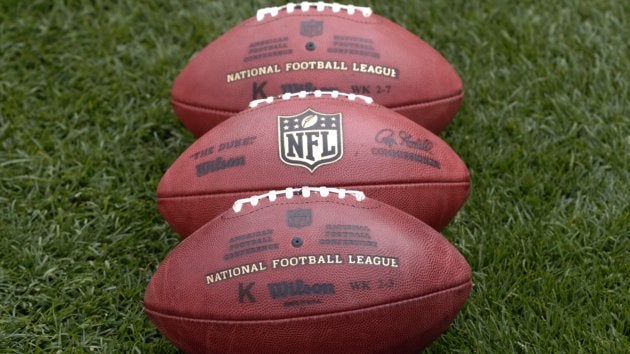 CALLER: We were coming in and setting this up as a fantasy owners, that you are an owner of a football team.

RUSH: On is you’re saying the liberals did this, they’re responsible for the —

CALLER: Oh, my God, these conservative guys were screaming and crying ’cause they wanted more points for their players who did not score a touchdown.

CALLER: I’m sorry. In fantasy football you’re fantasizing that you are an owner.

RUSH: Liberals want trophies for losing. This shouldn’t surprise you.

CALLER: Exactly. It’s like, I’m sorry, I just can’t give you these points. So I fought with them for two years and then I said I’m not doing this anymore and I gave up my commissionership. And now I’m in a point for every yard you make almost, you know, I’m scoring 144 points a week, you know.

RUSH: Well, whatever, if you sign up for it and those are the rules, that’s fine. You can start your own league, if you want to go back to the way you did it, if you could just find four or five guys to join you.

CALLER: You can’t find four or five guys that are looking for the old way of scoring. They all want the liberal points.

RUSH: (laughing) For doing nothing, essentially.

RUSH: They want points for not scoring.

CALLER: (laughing) That’s true. So I just wanted your point of view on that, on how it got so liberal in just the scoring.

RUSH: Oh, my God, the liberals are corrupting everything out there, Sal. This doesn’t surprise me. Liberals couldn’t create a fantasy league. This is the bottom line. Liberals don’t like football to begin with. All they can do is, you know, you create it, you and your guys create it, and they look at it and they resent you enjoying it, and they resent you having a good time, so their objective is to come screw it up for you. And it sounds like you’ve let them get away with it. Anyhow, before I let you go, Sal, this is iPhone X day so I’m giving away iPhone 8s and 8 Plus. You want one? You want an 8 or an 8 Plus?

CALLER: I tell you what, I’ll take an 8 Plus for my wife. I have a 7, and I’m happy with it, but my wife has a 6 and she’s talking about getting a new phone and I figure, well, that will be nice.

RUSH: We’ll give you an 8 Plus. I thought about this, I was thinking this is kind of not cool, the day the X comes out to be giving away the 8 but nobody can get the X yet and if you still want to get the X this was not gonna cost you anything, so you’ll be able to sell it and upgrade if you want. But what color? I’m gonna send her the gold one.

RUSH: It’s unlocked. She wants an 8 Plus, right?

CALLER: An 8 Plus. That will be great. Thank you.

RUSH: It’s unlocked so she can swap her SIM card and be up and running. Okay?

RUSH: Okay. Hang on so we can get the address to be able to get this out.