And Eric Schmidt is asking the question — now, remember, this guy is considered to be one of the most brilliant computer scientists in the history of computer scientists. This guy’s reputation’s right up there, maybe beyond Gates in terms of brain power. He’s a nerd extraordinaire, but he is a multi-multi-multi-billionaire. And start the 2016 presidential election, Google has been under intense scrutiny to acknowledge its role in trafficking Russia-backed disinformation that potentially help shaped the outcome of the election. Google’s getting blamed for passing along fake news that helped Trump.

“In some of the most unequivocal comments yet, the company’s executive chairman, Eric Schmidt, recently acknowledged to Fast Company that the search giant didn’t do enough to safeguard its services against Russian manipulation. ‘We did not understand the extent to which governments — essentially what the Russians did–would use hacking to control the information space. It was not something we anticipated strongly enough,’ Schmidt said. ‘I worry that the Russians in 2020 will have a lot more powerful tools.'” 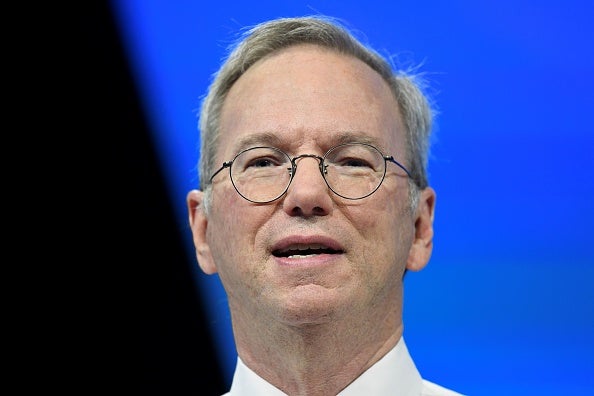 So this guy is now signing on with this rigmarole that the Russians did all the hacking and benefited Trump, and somehow the Russians fooled Twitter and fooled Facebook. And this is what got me. And then he asked (paraphrasing), “I wonder how many of these accounts are not real people?” And my chin hit the floor. We’ve known they’re not real people for five years. Have you ever heard of bots? And this guy’s just now asking whether or not there might be some fakers on social media?

How many times have I told you about this stupid “Stop Rush” movement that sprang up that made themselves look like hundreds of thousands of people. It was 10 people. We identified who they are. We know where they live. We confronted them one by one. They’re ex-college professors, mostly women, and they’re just enraged all day.

They sit around and they fabricate these complaint letters to whoever they want to send them to and they’ve got an algorithm on Twitter that multiplies them by a factor of thousands. They make it look like thousands of people are sending emails when it’s just one or two to 10. But Eric Schmidt’s just figuring this out? That just blew my mind.