Trump’s Not Getting the Credit He Deserves for the Economy

RUSH: The next sound bites are going to be 20 and 21. “Consumer Confidence Hits Highest Level Since December of 2000.” Some of this stuff doesn’t make sense. You’ve got polls out there showing Trump’s approval numbers in the thirties and a number of other polls that show the American people are very worried about Trump and collusion with Russia and so forth.

It is a CNBC story: “Consumers were even more optimistic in October than economists polled by Reuters expected. Consumer confidence rose to 125.9 in October…” Forget that. What do we compare it against? The point is that “[t]he index ‘increased to its highest level in almost 17 years.'” I also have a fascinating story here. You know, there are two more postmortem stories from liberal Democrat journalists who are studying the corpse and still frustrated trying to explain to them and everybody else why Hillary lost and, vice-versa, why Trump won. Many of these focus on Russia.

But these two that I have today don’t mention Russia and they don’t mention Trump. They are pretty hard-hitting, and they’re pretty straightforward. It’s interesting. It fascinates me how these people think, ’cause there’s nobody out there better than I am at telling you what the left is gonna do before they do it. I understand these people. And it’s because I endlessly study stuff like this, it’s fascinating to me listen to them try to find out why they lost, and there’s been so much time go by now that these two entries today are the closest that I think they’ve gotten to the truth.

And there’s a third story accompanying these two from a writer who thinks the real answer to why Trump won all of those Democrat votes in Pennsylvania and Ohio and Wisconsin is due to the fact that there was one issue that only Donald Trump talked about, only one issue. That’s the wrong way to put it. It’s that there was a big issue that only Donald Trump saw that resonated with people who used to vote Democrat, and it’s a fascinating piece. I’ll give you a hint.

I want to take you back to the campaign, to any Trump rally, to any Trump public appearance. Ask yourself a question, or answer one for me. Every time you heard Trump start weighing in on China and the ChiComs and what a bunch of cheaters they were and how they were outsmarting our stupid government officials — China this and China this and currency manipulation and all the other things Trump was accusing China of — how many of you said: 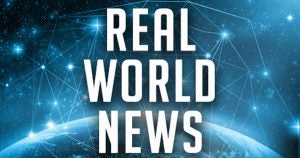 “What the hell does China have to do with anything? China? I don’t know what China from Smina. What — what — what — what — what?” How many of you reacted that way? I will admit that there are times I did. I said, “What the hell, China?” Well, this story explains why China may be the dominant reason, among many others, that Trump won in particular states with certain the voters.

RUSH: Here’s Donald Trump this morning at the White House during a tax reform industry meeting, the first of two; and the next sound bite may surprise you a little bit. Here’s the first…

THE PRESIDENT: The economy is doing very well, but it can do much better. A lot of jobs are gonna come from this, and a lot of companies are gonna start pouring back into the United States. In fact, we’re gonna be announcing one big one sometime very shortly, a very big one coming back into the United States. All of you have done a tremendous job mobilizing your members, talking to the members of Congress — which is very important — and making a strong case for tax reform in the media. The media is not all fake, so therefore we can get a fair shake.

THE PRESIDENT: Now is the time to redouble our efforts. Your country needs you now more than ever before.

RUSH: I’m gonna shoot you straight here. Donald Trump’s not getting nearly the credit he deserves for the performance of the U.S. economy. You talk about a rebound? I mean, where was it 10 months ago? Where was it a year ago? Where was it during the seven years of Obama? Remember they were trying to tell us that we had to adapt to a new reality, and that is an America in decline? We had to adapt to these things because America’s past had been not real. Our economic heft and our superpower status was largely undeserved.

But now it was time to pay the piper and find out how the rest of the world (that we have been trampling all over) lives. And Trump, of course, has reversed thinking; he has reversed performance; there is confidence among consumers. They’re spending. Jobs have been created. This is real-world news. In fact, you know, I think that’s a new term.

You know, you have the everyday Drive-By narrative and then there’s the real-world news, which they’re not reporting. And the performance of the U.S. economy is one of those real-world-news stories that people need to be aware of that’s being ignored. The second sound bite is from none other than the Satanic leader of the Chamber of Commerce (I say that lovingly and with humor) Tom Donohue. This was in Washington at the White House at this same tax reform.

THE PRESIDENT: Tom Donohue has been president of U.S. Chamber of Commerce for a long time. Tom, do you have anything to say?

DONOHUE: Thank you very much for having me, Mr. President.

THE PRESIDENT: Thank you, Tom.

DONOHUE: The business community has been waiting a long time for an administration and a president and a willing Congress to do what we haven’t done for many decades. We’re gonna have some differences amongst the business community on what should be the takeaways and the adds, but we just have to work on that, and I think your planning is really quite good. Off to Asia and everybody else get it worked out.

RUSH: Now, of course, there are two ways to look at this. (interruption) What’s that? (interruption) Well, not entirely a dig. Donohue — Chamber of Commerce, pro-amnesty, big open-borders guy — has been universally aligned against Trump from the get-go. Now he’s in the White House praising Trump’s tax plan. What do you mean, a big dig? (interruption) “We have to work on that. I think your planning’s really good, off to Asia, everybody else get it worked out,” so forth? I think he means off to Asia is part and parcel of this. You think that Tom Donohue said, “Look, Bud, just get outta here.

“Just head to Asia and play around with whoever over there and we’ll do the real…”? You think that’s what he was saying? (interruption) Well, that’s why I say. It could either way with Donohue. If Donohue’s supporting Trump you might say, “Oh, uh-oh, what’s Trump agreed to get this guy’s support?” Or you could say, “What has Trump done to change this guy’s mind?” The jury’s still out. We don’t know.