RUSH: Your host, ladies and gentlemen, made the news over the weekend on PBS. Audio sound bite number 2, 3, I think it’s 4. Let me get to the next page, 2, 3, 4, and 5. PBS has a show called To the Contrary, and its host is Bonnie Erbe. Now, this show is old. This show has been around I think 25 years, around then, and it is an all-female version of say the McLaughlin Group or Crossfire. 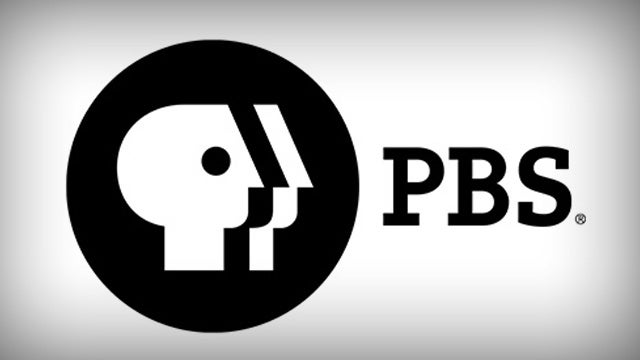 All the participants are women, it’s focused on women’s issues, its host is a woman, and it’s been around on Saturday afternoon on PBS. And they had a guest, Republican strategist Rina Shah was on Saturday afternoon. She was called a conservative and she was there to discuss how far the women’s movement has come. And so here’s our opening sound bite between Bonnie Erbe and the Republican strategerist, Rina Shah.

ERBE: There was a period where, you know, Rush Limbaugh denigrated feminists and there were some famous quotes of awful things that he said. (laughing) But the right really did a good job of demonizing the word “feminism,” and now Millennials embrace it, you embrace it, even as a conservative.

SHAH: Yeah. Everyone has their own definition of it, for example, and I think that’s kind of the beauty of this moment.

RUSH: What could they possibly be talking about here? Well, obviously they’re talking about the fact that I coined a term to describe modern era feminism called feminazi. That has grated on them. And I know what she’s talking about here, Bonnie Erbe, and there were some famous quotes of awful things. Note she’s even laughing, because they were not awful. They were funny. (interruption) Yeah, yeah, I’ll get to that in just a second here. But I know exactly what this was.

When Media Matters for America was founded, they did it with me on the cover, and they had 25 of my most famous quotes about feminism. And I looked at it, I remember looking at it, and I said, “Thank you. This is great. This is funny. I’m so glad you guys are acting as my PR agency.” ‘Cause they were outrageously funny comments about the modern era of feminism and stereotypical humor and so forth.

I was admittedly shocked when I found out, when I discovered that they didn’t think any of it was funny. They were genuinely outraged over it. And I thought any reasonable person who sees this is going to think that I am a brilliant social commentator and they’re gonna love it and they’re gonna want to tune in here to hear more of it.

And instead it was greeted with hatred like you can’t believe! I wish I could remember all 25, ’cause, folks, they were brilliant. It would have been a standalone like the 35 Undeniable Truths, the 25 total truths of feminism. We’re going back 20 years. No way to remember. But one of the lines was, “Hey, I love the women’s movement, especially when walking behind it.” How in the world does that make somebody outraged? I mean, that is clever, it is funny, it is loving. It acknowledges certain things to be true.

And yet it just ticked the Media Matters crowd off like you can’t believe. And it was stuff as harmless as that. Well, it wasn’t even that. It wasn’t that you’re not supposed to notice the body, just my mind. Back in those days they were trying to establish the fact that there was no difference in men and women in any way that mattered and so forth. But they considered it a put-down, and they considered it, you know, a chauvinist pig like me not taking the movement seriously. When, boy, was I ever taking the movement seriously, especially when walking behind it.

I still use the line just to measure what kind of woman who hears it is. It still works. (interruption) Which Hillary joke, do you remember? No, because that was a joke. These were 25 bullet point one-liner things. No, the Hillary joke, I’m sure it would have outraged them if it was on the list, though. Oh, yeah, the Hillary joke. It used to be a staple in the opening monologue of the Rush to Excellence Tour.

RUSH: Well, both 3 and 4 gone. That’s too bad. They were both great. Well, I don’t know who it is. Give me the name. Who is it? Never mind. Whoever you are, you’re on the air. Welcome to the program. How you doing? Who are you, and where are you?

CALLER: I’m from Fort Drum, New York, and I was just calling to tell you about the very first time I ever heard you on the radio.

CALLER: My first name is Chuck, and I’m from Fort Drum, New York.

RUSH: Great. Okay, Chuck. Thanks for calling. First time you heard me was where?

CALLER: It was way back in 1990, and it dovetails with two things you just said. One, you always say that you have to listen for at least a week to get the context. And then when you were just talking about the joke about the 25 rules of feminism.

CALLER: I was flying in an Army OH-58, I’m a retired Army pilot, and I was flying with a guy, Keith, and he says, “You gotta hear this, Chuck.” I was like, “What?” And the aircraft I flew, the Kiowa, had a navigation radio called NDB, or nondirectional beacon.

CALLER: And you could tune it to AM radio stations. So he tuned it over to —

RUSH: You know, I know a lot of airline pilots that were doing that frequently, when this program was first birthed. I’d get calls from ’em, not in the air, but they would say they were listening on the ATF or whatever the initials for it were, and they were tuning in to the radios in the sky because they could get AM radio. You were doing the same thing in your military jet.

CALLER: The exact same thing in an Army aircraft. And you were using the term “feminazi,” and I was like, “Oh, my goodness, this guy’s over the top, I can’t listen to this.” So I didn’t listen for the longest time.

RUSH: — give yourself a respite?

CALLER: I was new to it. I thought, “Oh, my goodness, this is so outrageous. This is so confrontational, I can’t listen to that.” So I didn’t listen for probably about a year. But then you say, you jokingly say I think in your one promo you say you gotta listen for a week before you get the context. You’re exactly right. That one 20-minute listen in the aircraft I was like, “Oh, man, no way.” But then I started listening and as I’d listen more and more I’d pick up when you’re kidding and when you’re not, and I was like, “Oh!” So I have to go back and thank Keith for turning me into a raging conservative that first time out there —

RUSH: I’m just glad you came back after the year away.

RUSH: So what? You mean how things were different back then?

CALLER: I’ve been back since about 1993, so I’ve been listening steady. And I did the same thing to a number of people in a couple other places trying to —

RUSH: Let me ask you if something happened. I heard this complaint a lot. I had huge fans, they loved the program, but their friends didn’t. And so they were working and working, trying to get their friends, just listen for a half hour, just try it, and their friends would, and during that half hour I would say something that was considered to be outrageous, and their friends would say, “I can’t listen to this, I can’t believe you do.” And then I would get from these people, I would hear from ’em, “I had ’em listen, I had ’em, and you had to go and do that. Why can’t you just tone it down now and then so when people hear you for the first time they don’t have a reaction like that?” And I found it hilarious. This same thing happened to you. You heard feminazi, you’re out of there for a year.

CALLER: I’m out of there. But I would say this. I went to a play this weekend, and it’s Easter weekend, and the extremely liberal producer who came up from down in the city, New York City to conduct this thing, had a section in there where they absolutely lambaste a Catholic nun. And they expect me to sit in the audience and say, “Oh, I get it, that’s humor, he’s over the top.” But when it comes to your humor, they’re absolutely intolerant. So I just look at it and say, no, what’s good for the goose is good for the gander. My first exposure I kind of thought that way, but I was pretty young, I thought —

RUSH: I understand. But you know what? They don’t have a sense of humor. You cannot make fun of them. I found out — didn’t take me long — that was one of the reasons they hated me. Because that’s what I did. You know, I didn’t come out of the gates with never-ending, serious, intellectual commentary. I was making fun of ’em. I was making my points about them by making jokes about them.

They cannot laugh at themselves. You cannot mock them. They are above that. And if you do that, they consider it hate. They call you a hatemonger or what have you, and they’re intolerant as they can be of things like that. So I’m glad you hung in. I’ve often found it funny, the number of times I would hear from people, “You know, I had these people that hate you and I was ready, they were listening, and they were in for a half hour, and you had to go and do that.”

And I can’t remember an example of what it was.