RUSH: So the African-American hip-hop impresario and entrepreneur Jay-Z, whose net worth combined with his wife’s is over one billion, was on with David Letterman on Netflix last night complaining that white men are so privileged in America. And of course Letterman’s stupidity and whatever was on full display as well. I think we have audio of this.

Now, do not anybody misunderstand me here. I’m just giving you some information. And that $810 million, Jay-Z placed second on this year’s Forbes 5, the ranking of the world’s wealthiest hip-hop artists. You know who has more money than Jay-Z? No, not even close. P. Diddy. P. Diddy I think rules that roost, and then Jay-Z is next. 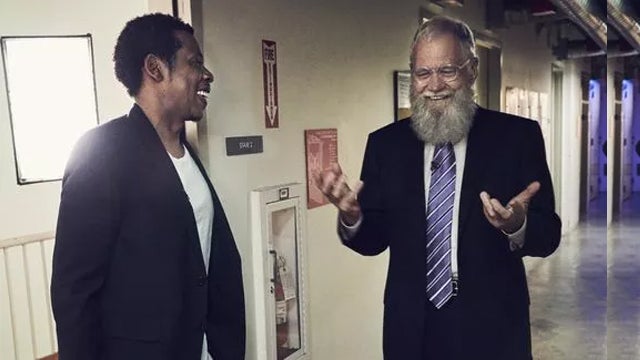 No, Beyonce’s net worth is $350 million, and a hundred million of that is in Manolo Blahniks. Shoes. Just kidding. You don’t know what Blahniks are? Do you know what Jimmy Choos are? They’re shoes! It was a stereotypical joke, and I’m terribly sorry. Which reminds me, I forgot my Hillary elevator joke. Okay, which I may remember that and do it in a minute here.

So Jay-Z with a net worth of $810 million appeared with David Letterman on his Netflix show entitled ” My Next Guest Needs No Introduction.” And he told Letterman that the election of Donald Trump is a great thing because it’s bringing out an ugly side of America we wanted to believe is gone. Here it is, audio sound bite number five.

JAY-Z: I think it’s actually a great thing. And here’s why. I think that what he’s forcing people to do is have a conversation and people to band together and work together and, like, you can’t really address something that’s not revealed. He’s bringing out an ugly side of America that we wanted to believe was gone, and it’s still here, and we still gotta deal with it. We have to have the conversation. We have to have tough conversation. We have to talk about N-word, and we have to talk about why white men are so privileged in this country.

RUSH: We have to talk about the N-word. And we have to talk about why white men are so privileged in this country, says the guy with a net worth of around $1 billion. It was his voice. I’m not making it up. But now hang on a minute. Before we even get to that, let’s go back here where he says, you know, you can’t really address something that’s not revealed.

So what he’s saying is that long before Trump came along there was all this racism out there and all this bigotry and homophobia, but nobody knew it! It wasn’t revealed. I guess the Obama presidency did a great job of making everybody think there wasn’t any racism anymore? Is this guy serious? Racial problems got worse by a factor of two under Obama. It was incredible, the racial divisions that popped up, and they were all predicted by me.

But this guy actually wants us to believe that Trump’s election has caused to bubble to the surface the real problems in America, that had been hidden and covered up. Racism, bigotry, sexism, homophobia, all of these things, it took the election of Donald Trump for it to be exposed that that’s what America is. And we have to have a conversation about it.

Mr. Z, seriously now. I don’t know how old you are. Do you really think we haven’t been having a conversation about this? Do you really think the whole notion of racism has been hidden and stashed away somewhere and nobody knew about it? And nobody thought that America harbored all these horrible ills until Trump got elected? And all of a sudden Trump gets elected and you think you see all of these ills and evils out there?

It’s CNN that’s uttering the N-word all these times on the air. It’s your music where the N-word is heard. What are you talking about, Trump? Hip-hop music is where you find the N-word used more than anywhere else in America. Am I wrong about this? Hip-hop music is where you hear about ho’s and stuff. Except when they’re sleeping with Democrat presidents or candidates. This guy’s got it the exact opposite. This is what I mean about the stupidity. This is just dumb.

I don’t know Jay-Z. I don’t know Sean Carter. I almost went to his sports bar once. He’s got a sports bar in Manhattan, and I was tempted to go to a sports bar one Super Bowl game I didn’t care about. So I thought I’d get out of the house. I was in Manhattan, I thought, maybe I’ll stop by the 40/40 Club. I said, “Don’t do it, Rush. You go in there, and wherever he is, they’ll call him and a posse will show up and it just won’t –”

It looks like it’s a cool sports bar, though. But I’m sure they — (interruption) What? Wait a second, wait, what do you mean, drug dealer? I did not say that he’s a drug dealer. I don’t know that he’s — oh. Snerdley is claiming that Mr. Z has dabbled in the psychedelic sciences. Okay. Whatever. Whatever he did, fine, I don’t care. The point of the matter is, Trump’s election has not brought to the surface a bunch of evils that have been thought dormant for many, many years.

What we have is a bunch of angry, deranged liberals who are spoiled brats and didn’t get their way! In liberalism surfacing, we find out where the real hate in this country is, I mean unbridled and undiluted, the raw hatred, the biggest hate group in the country today is the Democrat Party. We’re finding cultural rot. We wouldn’t know about Mr. Weinstein, Mr. Z.

We would have suspected it, but we wouldn’t know about the abject objectification, mistreatment of women by men in Hollywood by a bunch of leftist guys if Hillary Clinton had been elected. He simply doesn’t know what he’s talking about. Of course, Letterman’s sitting there star struck, nodding his head, thinking all this stuff is brilliant insight.

But, anyway, Mr. Z says this and Letterman chimes in with, “I completely agree. We don’t need more evidence.” You don’t have any evidence for what you think. And Robert De Niro is off his rocker too. These people have been driven insane over simply losing an election. They cannot stand it. They want us all to believe that they’re offended. They’re not.

Folks, I said it once, these people do not get offended. That is another trick that they have employed to shut people up. You know, you light a cigarette in your home, in your apartment, and a couple hundred feet away a woman will call the cops claiming she’s offended by the smell it. And so the cops are gonna make you put it out. 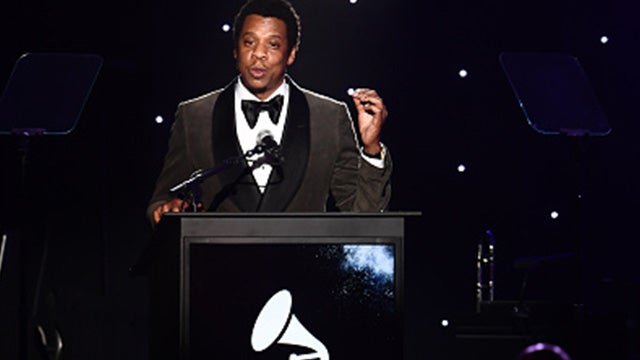 She’s not offended. She is angry that you have the freedom to light your cigarette, and she doesn’t think that you should. Whenever you hear some group or some individual is offended by something, they’re not offended. Just like they don’t really care about people. They want to control. They don’t want to have to debate. They don’t want to have to acknowledge there are other ways of thinking. They just want anybody that doesn’t say what they agree with silenced.

But that’s where we are. That’s why people don’t speak up as openly as they used to. They’re afraid of offending somebody. They’re not offending anybody. Just making ’em mad. What they’re mad about is that you have the freedom to say things they don’t want to hear or things they disagree with. And so they make up the fact that it’s offensive. That’s how they martial support for getting people to shut down all this talk that they don’t want to hear.

So after Letterman says, “I completely agree with you, Mr. Z, we don’t need more evidence,” Letterman then says of Trump, “Is he racist? Is he not racist? I’m telling you, if you’re having a debate over whether a guy is a racist, chances are the guy is a racist.”

Where did this even come from? Seriously. Help me out. What is it that Trump’s done that makes people they he’s a racist? Oh, it’s that Charlottesville thing? That’s it? What else? His stance on immigrants is evidence of racism? What a crock. Trump has made it crystal clear why he is opposed to illegal immigration. It’s about the law.

By the way, because of the news we’ve learned that this caravan, a bunch of women are being raped and abused on this caravan. Trump saw that and said, (paraphrasing) “See? I was right when I came down the escalator. I was right, they are sending us a bunch of rapists and drug pushers and criminals and so forth. I was right.” But that’s not a racist thing.

This is how they shut you down. You take the legitimacy of what you say and they say it’s intended or motivated by racism, when it’s not. Trump is motivated by national security, securing the border, and American greatness, making America great again, and if we’re gonna have people in this country via immigration they’re gonna come in legally and they’re gonna become citizens. It has nothing to do with racism.

And that’s why these people that sit around and talk about this I chalk it up to stupidity. They’re just stupid. They’re being blinded by whatever their biases and their own prejudices are. ‘Cause this idea that the election of Donald Trump is what has displayed the ugly underbelly of American, give me a break. (interruption) Well, you know, that is true. He is undoing everything the first African-American president did.

So a lot of Republicans shut up, they weren’t gonna go there. In fact, they went overboard. They tried to make it sound like he’s a great guy, nice guy, great family man, yada yada yada, you know, some cool tool running around with a cigarette and a drink at the bar having a great old time chewing everybody up. They would not dare criticize him, though, ’cause you’ll be called a racist.

It doesn’t stop Trump from unraveling things the guy did. Okay, so that’s why. The bottom line, they don’t have a single substantive reason. Donald Trump, before he became president, was never a racist. Nobody ever called him a racist until he started running for president. Same with me. I was never a racist or anything until six months after this show started.

These people can stuff it, as far as I’m concerned, because they’re the one that are actually paralyzing thought and creating misperceptions among people, doing them a great disservice, all because they lost an election. I know it’s more than that, but that’s predominantly way at the top of the list of reasons they’re upset.