Mark Robinson Is the Majority, Not the Drive-By Media

RUSH: Something happened on Tuesday night, and it escaped me. I cannot tell you, folks, you do not know how irritated with myself I get when something happens and I am late to hearing about it because all I do is try to stay informed. And then I am doubly ticked off to find out I had a small example of it on yesterday’s sound bite roster and didn’t even know it because of the vagaries of the way it all happens. And so now I’m faced with I want to share this with you, but the odds are you’ve already heard it or seen or what have you.

But what you haven’t heard is my commentary about it. Because this is so right on. This guy says in different words exactly what I have been saying. Every time I have lamented that the Drive-By Media tries to make everything they look at and report on to be the norm, the majority, they aren’t. They’re nowhere near the majority but their trick is to make it look like everybody agrees with whatever it is they think on whatever it is they’re reporting, such as the Indiana religious restoration law, restoration freedom law. 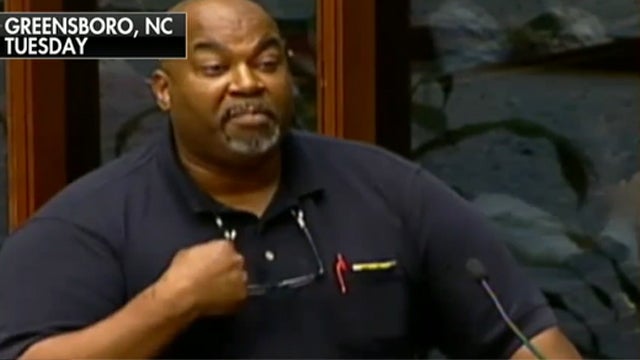 They tried to make it look like everybody thought Indiana was a bunch of twerps, that the governor was a hick and a hayseed and that nobody was in favor of this, when in truth it’s the media that’s the minority. I have constantly found and sought different ways to make the point that the majority — in guns, you know, how many times have we all pointed out that every gun control effort is only gonna do one thing: take guns out of the hands of people who do not use them to commit crimes.

All it’s gonna do is take guns out of the hands of people who are never gonna shoot up a school. It isn’t gonna stop any of this. Remember, I’ve told you this story. I was at an elite dinner party back in the days that I lived in Manhattan. And I’ll tell you who with. This guy was a cabinet official in the Nixon administration. I’ve never announced this guy’s name, and I’m not going to now, but that’s as close as I’ll get.

And he was the typical haughty — h-a-u-g-h-t-y — haughty, effete, elite Manhattanite leftist, even though he was in the Nixon cabinet. And they just have this air they’re smarter than everybody. They look down their nose at everybody. And at one of these dinner parties on Fifth Avenue right across the street is Central Park.

And you could make book on it, whenever one of these dinner parties took place, the subject of guns would come up, and this guy brought it up, and he made it sound like it was the most insane, stupid point in the world to not want to get rid of guns.

In other words, the most sane, sensible opinion anybody could have would be we’ve got to get rid of guns and we’ve got to do something about the Second Amendment. I tell this guy, “You know what? You know what, Mr. Nixon cabinet member? I might support you if you can guarantee me something, that after I and everybody else in this room give you their guns, that you’re next gonna cross the street, go into Central Park and you’re gonna find every criminal in there with a gun and you’re gonna get his, too.”

So on Tuesday night, in Greensboro, North Carolina, there was a city council meeting and a citizen showed up fit to be tied. His name is Mark Robinson. And I only saw this last night. It turns out I had 35 seconds of this on yesterday’s audio sound bite roster. I’m not gonna go into a deep, long discussion of why I missed it because that would mean I would have to indict the overpaid, overworked, overrated staff.

So I’m not gonna blame them. It was sound bite number 19 and I didn’t get that far. I don’t think I got beyond sound bite number 3, and I never had time to look at the whole roster ’cause it doesn’t come in anyway. My problem to work out. So I saw this last night, and I send it off to the audio production team. And they said, “Oh, it was in the sound bites.”

“It was?” Dammit. I can’t tell you how this embarrasses me, to be three days late to this. So I’m still gonna play it for you because it’s fascinating, it’s delicious, it’s right on the money, it is home run, grand-slam home run. And if you have heard it or seen it, the video has gone viral, Snerdley tells me. Let’s just start. This is Mark Robinson. He’s just a citizen. He’s a resident, Greensboro, North Carolina. He showed up because they’re talking about gun control and taking guns away and he’s having none of it.

ROBINSON: I’ve heard a whole lot of people here talking tonight about this group and that group, domestic violence, blacks. These minorities and that minority. What I want to know is, when are you all gonna start standing up for the majority? And here’s who the majority is. I’m the majority. I’m a law-abiding citizen who’s never shot anybody, never committed a felony. I’ve never done anything like that.

But it seems like every time we have one of these shootings, nobody wants to put the blame where it goes, which is at the shooter’s feet. You want to put it at my feet. You want to turn around and restrict my right, Constitutional right that’s spelled out in black and white, you want to restrict my right to buy a firearm and protect myself from some of the very people you’re talking about in here tonight. It’s ridiculous. I don’t think Rod Serling could come up with a better script.

RUSH: We’re just getting warmed up here, folks. He’s got no notes. He’s at the podium. He’s African-American. He’s bald, he’s a big guy. I mean, he looks like he sounds. And this guy is loaded for bear, and these little council members, some of them are obviously gonna be leftist wimps, they’re just cowering there. They don’t know what to do with this. They probably think they’re being bullied. So here he tells people what’s gonna happen. If they make a move on the law-abiding, if they make a move on the majority, he tells them here what’s gonna happen.

ROBINSON: I’m gonna tell you what’s gonna happen. You can take the guns away from us all you want to. You all write a law, I’ll follow the law, I’ll bring my guns down here, I’ll turn ’em in. But here’s what’s gonna happen. The Crips and the Bloods on the other side of town, they’re not gonna turn their guns in. They’re gonna hold onto ’em. And what’s gonna happen when you have to send the police down there to go take them?

The police can barely enforce the law as it is! It’s what I see. We demonize the police, criminalize and vilify the police, and we make the criminals into victims. And we’re talking about restricting guns? How are you gonna do that? How are you gonna do that when the police department’s already hamstrung? You’re not gonna be able to go down here and take these guns from these criminals.

RUSH: Exactly my point about telling this clown in New York to cross Fifth Avenue to Central Park and go get the guns in there, if you’re gonna take mine. And they’re not even gonna try. They’re not gonna be try to take the guns away from the people who use them criminally because that’s not really their objective. Just like liberals don’t really care about people. They don’t have compassion. 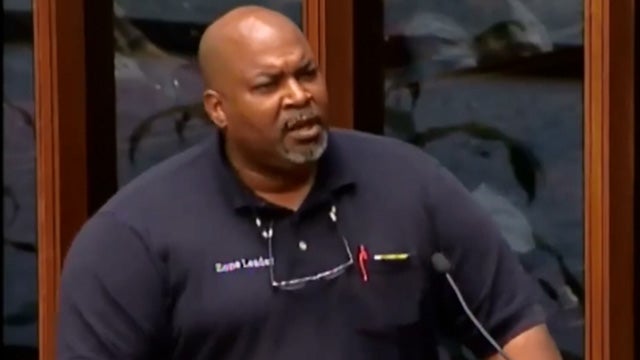 Same thing here. Get the legal and law-abiding to give their guns away and think and try to tell people you’ve solved school shootings. It’s silly. This is Mark Robinson again, and this is Tuesday night, Greensboro, North Carolina, at a city council meeting.

RUSH: Exactly. They’re not doing anything. They are the majority to boot. They are not using their guns criminally. These are the people that often show up and stop criminal actions taking place with guns. And yet gun control is designed to do what? Take guns away from the law-abiding and the majority. We have one more bite here from Mark Robinson again. This is cool. He now demystifies the AR-15.

ROBINSON: They want to be able to go to the gun show and buy a hunting rifle or sport rifle. There are no military grade weapons sold at the gun shows. An AR-15 is not a military grade weapon. Anybody would go into combat with an AR-15 is a fool. It’s a semiautomatic .22 rifle. You’d be killed in 15 minutes in combat with that thing. So we need to dispel all these myths, and we need to drop all this division that we got going on here. ‘Cause the bottom line is, when that Second Amendment was written, whether the Framers liked it or not, they wrote it for everybody. And I am everybody. And the law-abiding citizens of this city are everybody. And we want our rights, and we want to keep our rights — and, by God, we’re gonna keep ’em, come hell or high water.

RUSH: I’m not talking about a gunfight and I’m not talking about a fistfight. He has to say that because that’s what leftists think you mean. “I’m gonna fight you.” They think you’re gonna bring your gun. So gotta make sure he didn’t mean physically fight, he wasn’t gonna bully them, he wasn’t gonna come down there and kick their leftist little asses all across the room on the matter of ideas. So that’s Mark Robinson, it was Tuesday night in Greensboro, North Carolina, and I wanted to share that with you.