RUSH: Spring Hill, Florida. Gabby, great to have you with us. Hello on Open Line Friday.

CALLER: Hi, Rush. It’s an honor and a privilege to speak with you.

CALLER: I wanted to touch base on the Greta, what’s her name, Sandburg thing? 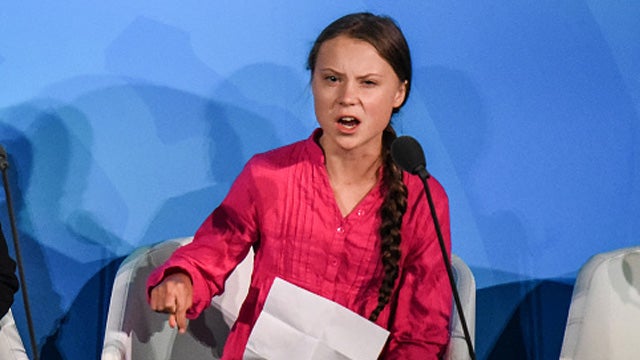 CALLER: (laughing) I have a 14-year-old daughter who is autistic and has Asperger’s, you know, within spectrum. And I’d like to mention, by the way, she absolutely loves your books. She borrows them from her friends all the time.

CALLER: And, in fact, she said that she wished she could call you and talk to you and tell you thank you for writing them, only she’s in school right now.

RUSH: Aww. That’s too bad. I’d like to hear the thoughts that she had. You know what, winter break is coming. So what Trump had tweeted about this girl, you know, it sounds like she’s got anger issues, you know, she might need to have anger management and she should go to the movies with some friends.

CALLER: As a mother of a child on the spectrum, I’m not offended by this. My daughter, who is emotionally sensitive, would not be hurt or offended by this. Oh, and, by the way, to answer your previous caller Kate’s question about where this girl came from, she hopped on a sailboat and came over here, so she didn’t leave a single carbon footprint. Isn’t that lovely.

RUSH: Well, but that’s not what she meant. And, of course, you have provided me an excellent transition point here, Gabby. What Kate meant — here’s a 16-year-old. And out of nowhere, she’s thrust into the world political environment as one of the foremost advocates and activists for climate change. How did this happen, is the question. Not where did she come from. She comes from Sweden.

But how in the world does a 16-year-old elevate to a position of worldwide prominence? And the answer is she was put there. She was thrust into this position by people who are using her. The worldwide left is using her by design. It is a studied, strategic usage. Because of her autism, she is disabled. The left specializes in finding disabled people to become prominent political spokesmen and advocates precisely because most people think that it is impolite and mean to be critical. It’s impolite and mean to be critical of a 16-year-old, period.

Now, you add autism or Asperger’s, and it’s really double mean. So the left uses this young girl, they thrust her up on the stage, which she loves being on, by the way. Don’t misunderstand. She’s happy to be used, and she probable believes that she hit this stage on the basis of pure merit. They’re happy to put her out there because they think they’re wearing armor. Nobody can criticize her. And if anybody does, they are gonna get hit, they’re gonna get destroyed. 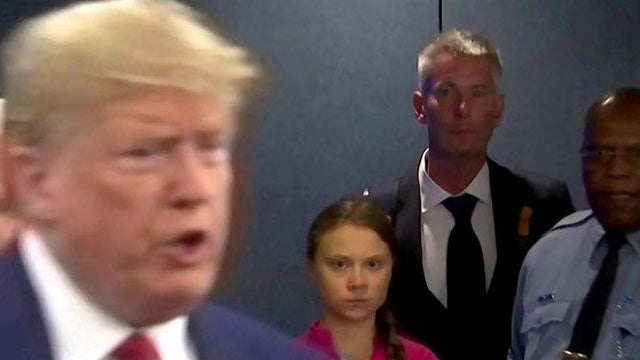 And these people then have a free, unobstructed road to propagandize themselves, to indoctrinate, and to advance whatever putrid leftist cause they have been chosen to represent, in this case, climate change.

Well, my theory is the left put her there. She happily accepted the job. She is a political figure. She’s not a 16-year-old girl with autism. She is a political figure who has been thrust as evidenced by being named Person of the Year, she’s been thrust to a leadership role. She has a purpose. She has an objective. She has been given a job. Her job is to spread the word on climate change. Her job is to try to convince as many people as she can that we are destroying the planet and we’re gonna die in 20 years if we don’t do something.

And what is the something? The United States has to be cut down in size. She’s being used by a cabal of globalist, leftist activists who have sought and have been working on the establishment of a global leadership, a global cabal that runs things, and if you’re going to do that, one of the first objectives you will have is taking out the world’s number one superpower. You can’t run the world as long as the United States is out there. The United States has to somehow be brought on board.

The world is at war, the world is suffering, there is inequity, there’s inequality, there’s racism, sexism. America must be blamed for all of it because America must be neutralized. If there is to be a global government, for lack of a better word, if there is to be a cabal of people globally, if we are to get to a point that they want with no nation states and no borders and all that, then this whole project requires that the United States be eliminated as a superpower.

The United States has to be cut down in size, it has to be rendered less powerful in order to be brought under the umbrella of globalism. With presidents like Obama and Hillary Clinton, America would have continued toward that objective. America was said to be in decline under Obama. It was the new norm, the new reality, and we had better get used to it, and we better accept people like Hillary and Obama to manage this decline.

We were told that we had better come to grips with the fact that America’s great days were behind us. First time in American history, by the way, that any political figure actually said that. First time in history that any American — well, not – a bunch have said it. President. We’ve never had an American president whoever tried to convince the American people that the country’s best days were behind us. Obama did. Hillary tried. Obama was gonna hand the gavel off to Hillary so she could continue it.

Donald Trump has thrown all of that out the window. They hate him. They just hate him. Well, Greta Thunberg is an element of this globalist attempt. She checks all the boxes. She’s young and 16 and you can’t criticize here. She’s a child, Mr. Limbaugh. Do you have no soul? You can’t criticize her! And then she has a disability. Oh, you really can’t criticize her, except we can and we will, because they put her there. 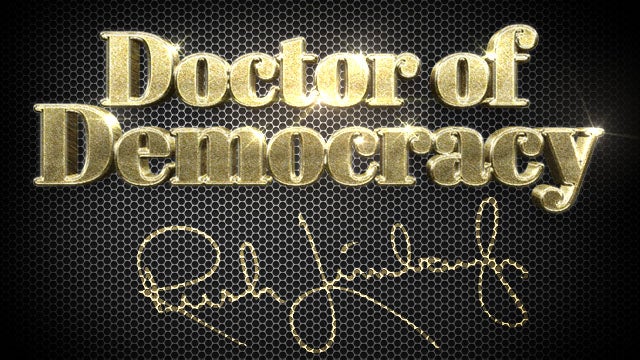 So when Donald Trump tweets, “Hey, Greta, you might have some anger management issues, why don’t you chill out and go to a movie,” what he’s basically saying is why don’t you stop letting these people use you and why don’t you enjoy your years as a teenager and a kid here. There’s plenty of time for you to screw the world up later on.